Arsenal set to be investigated over suspicious fitness issues

Arsenal are braced for an investigation after newspaper reports yesterday showed highly suspicious fitness issues at the club.

The Telegraph have revealed that for the first time this season not a single Arsenal player missed training because of injury. Arsene Wenger had the full complement of players available to him thus leading experts to suggest something was amiss.

“This is Arsenal, after all,” said an industry leading expert who spoke to Arseblog News on the proviso that he, Randolph Spongetrimmer, remain anonymous.

“We’re talking about men who can strain a calf getting out of their car too quickly, snap an Achilles changing the TV channel, and rupture a cruciate ligament by thinking about whether or not Jon Snow is really dead.

“It’s clear there’s something very dubious going on here, and with all the latest revelations about doping in football, it wouldn’t be a surprise to discover Arsene Wenger and Shad Forsythe have been cooking up their own medicine in an RV out the back of the training ground.”

Club sources have denied this is the case, and insist the current situation is down to ‘blind luck … wait, don’t say that.

‘Say ‘Because we’re making great strides from a medical point of view’. That’s much better.’

Neither Wenger or Forsythe were available for comment, with a club spokesperson saying they were enjoying a meal at their favourite fried chicken restaurant. Just for the chicken. No other reason at all.

Ramsdale: I broke my knuckle at the...

I don’t think any person/club would look more foolish as a result of a doping scandal than Arsenal would, what with the strong stance of Wenger and laughable performance of the club. Not that I think it’s happening of course, for precisely those reasons, but that’s where you took me.

Tell you what I’d investigate that the bookies are set to pay out millions because Leicester (a team that was so bad last year they were on the brink of being relegated) are going to win the league we’re on course to fight our way to fourth again and last years champions are languishing in mid table. It is almost as if it was a cunning plan cooked up by foreign investors and a manager with a degree in economics to make (another) fortune with outsider bets. But that couldn’t happen could it? The next thing you’ll be telling me… Read more »

Are you one of those guys that read headlines and jump straight to the comment section? That’s not a good thing to do, mate. Really.

*reads and jumps of course. I guess it’s too early for me today.

The subject is “one,” which is modified by “of those guys,” so the verbs do need to agree with the singular “one.” It’s a pretty common error, making the verb agree with the object of a prepositional phrase. And: football.

The grammar is perfectly correct in the first sentence. It is NOT “..one of the guys that (who) reads and jumps..” but “.. one of those guys that(who) read and jump..” i.e you are just one of the many who do that.

Why does everyone think Cornelius P Snuffington III thought this article was serious?

Does nobody note the use of the word ‘would’ in his post???

Was it Cesc who threw the pizza on Emirates roof?

After finding out he wasn’t going to rejoin, he threw the celebratory pizza on the roof and went to get a curry with Mourinho.

I know, it makes me feel ill too.

If only we had all our players fit for even 90% of the season that would be a major improvement & who knows the difference that would have made. Here’s hoping for next season!!

That’s a little bit too much, I would be happy with 89% 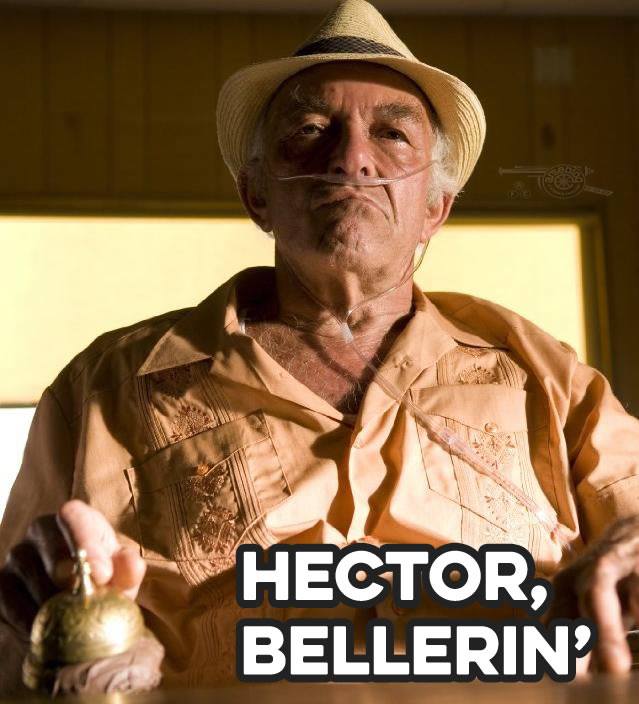 Man..I wish I am an admin too.

Pics or it didnt happen. Preferably behind a table with some thinly spread flour and a 20 pound note

Firmly believe McCringelberry has something to do with this.

Arsene Wenger
Reply to  someone's something

You’re confusing him with O’Pringleberry. Inventor of sour cream and onion.

When I saw the headline I thought it was going to be about the dodgy doc’s comments in the times – well played, sir, this put a smile on my face.

I’m surprised everyone is uninjured though – what about Arleta?

I feel bad for Arteta – he was really underrated when at his best, but since about 18 months ago his body has fallen to pieces. I’d like him to take up a role with us – not sure if/why he has an affinity with Guardiola (would they have interacted at Barca?).

Don’t worry about Arteta. He’s going to be the next Pep.

the odd thing about the Arteta injury situation this season is that he has barely missed any training, especially the second half of the season, but has not been included in a match day squad.

It seems to me all parties concerned there see the writing on the wall. I think Arteta is maturely accepting his situation.

A good man, worthy of our respect.

They have all got themselves fit for the most important time of the year.

It’s time to spend some of that money and get on the beach.

They really should stop ordering pizza and chucking leftovers on the floor where most of the players have slipped on bits of sweet corn and jalapeños, and Wenger knows this and he knows he is guilty of pushing them to eat these highly addictive junk food. He has tried to give them bibs to eat with so bits of food doesn’t go everywhere on his floor but the boys just can’t get used to wearing bibs. Wenger is guilty of not teaching them to eat pizza properly and should be given a lifetime ban from management ?

Sweetcorn on pizza is evil.

Of all the blood-boiling comments I’ve read here over the years….

This is like the butter before jam thing all over again.

You are confusing evil with delicious.

Only if you mean delicious in the Golden Delicious sense – eurgh.

What’s next, you gonna have a go at pineapple as well? Most underrated topping in my opinion!

Not to worry though, even if you say that cheese has no place on pizza, I’ll still come here every day to enjoy your opinions.

Arsenal opinions, that is. 🙂

Just have barbeque sauce on the base and all is good!

That is just going too far.

When a guy like Wislere who is supposed to be the past, the present, the future, the everything in Arsenal is not punished for repeatedly smoking and drinking, when his antics are said to be his “private life”, then so be it. Is he an example for the young ones? Would the others mind for an additional glass of beer or one hour or two more in a night-club before training?

Elsewhere, there will be no st. Totteringham celebrations this year

Now they have hilariously ballsed up their chances of the league, they might stop playing and suddenly we close the gap. Fairly unlikely but so was Chelsea’s implosion and Leicester’s league win.

With the Deli bloke on a charge for eating too many cut meats? You never know!

In a way this is better. They got so close but will ultimately fail and the pain for them will be worse.
If we can sort ourselves out then they will just dissappear into the oblivion from whence they came. And order will be restored.

Yes, but I’d rather have us in their position and fuck it up, going upwards with a young and determined manager and squad than us, stagnating (which is going downwards really), with a manager and most of the squad keeping their heads in the sand or in the clouds, whichever you prefer. I’m not simpatizing or being positive about the scum in any way so pls, no thumbs down for that reason :))

Bad comment IMO. Name some of these “young and determined” managers who we’d actually be able to get (and would actually want)? The only person that comes to mind is unfortunately Pocchetino. Age is no barrier in particular, especially considering Ranieri is winning the league.

Ok.. At the moment, de Boer, Koeman (not really young but many years ahead of him). Simeone, maybe, he’ll for sure want a change of scenery and taking Arsenal over after 20 years will be most of the managers’ dream I’m sure. If the board would have an ambition to match his. That Basel guy is doing a really great job, Yakin I think. Thomas Tuchel looks like a grat manager in the making as well. Probably 1 or two British managers surely have great potential, although I’m not following any in particular (but Howe was mentioned by some football… Read more »

You have to welcome footballers who are actually available to play football really. Could even have made the difference I guess, had Jack not got trapped in that old fridge, or Santi not fallen into that silage pit. A lot of people seem to be hoping that Theo will get into a car with a stranger, and there’s the ever present risk that Alexis’ Frisbee will go into an electricity sub station, or Ozil will start flying his kite next to some pylons.

Long may it continue

My life is empty and useless cos I haven’t watched Breaking Bad and don’t know what all these references mean..

JOHN TERRY IS A CUNT

never mind the injuries, these players giroud, ramsey, walcott, mertesacker need to have the brains checked for intelligence, heart for desire, and testicles because they have no balls when the pressure drops.

It’s all down to careful planning – everyone is fit because the season is over.

Hmmmmmn…Funny lot, thanks for making me laugh guys

This website uses cookies to improve your experience while you navigate through the website. Out of these, the cookies that are categorized as necessary are stored on your browser as they are essential for the working of basic functionalities of the website. We also use third-party cookies that help us analyze and understand how you use this website. These cookies will be stored in your browser only with your consent. You also have the option to opt-out of these cookies. But opting out of some of these cookies may affect your browsing experience.
Necessary Always Enabled
Necessary cookies are absolutely essential for the website to function properly. These cookies ensure basic functionalities and security features of the website, anonymously.
Functional
Functional cookies help to perform certain functionalities like sharing the content of the website on social media platforms, collect feedbacks, and other third-party features.
Performance
Performance cookies are used to understand and analyze the key performance indexes of the website which helps in delivering a better user experience for the visitors.
Analytics
Analytical cookies are used to understand how visitors interact with the website. These cookies help provide information on metrics the number of visitors, bounce rate, traffic source, etc.
Advertisement
Advertisement cookies are used to provide visitors with relevant ads and marketing campaigns. These cookies track visitors across websites and collect information to provide customized ads.
Others
Other uncategorized cookies are those that are being analyzed and have not been classified into a category as yet.
SAVE & ACCEPT
wpDiscuz
65
0
Would love your thoughts, please comment.x
()
x
| Reply