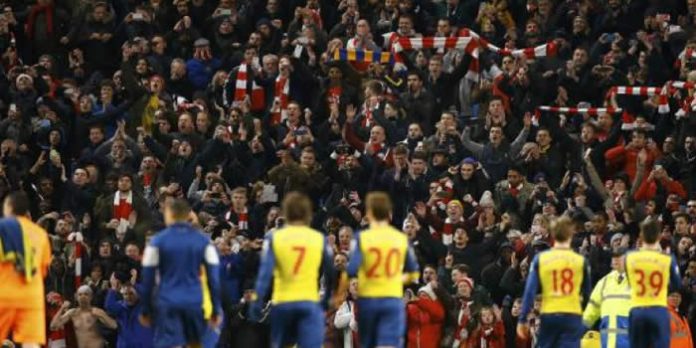 Arsenal have confirmed that the Premier League clash with Man City in May has been rescheduled for TV purposes.

Originally in the calendar for May 7th, it will now take place on Sunday May 8th with a 4pm kick off, shown live on Sky Sports.

It means almost all of Arsenal’s remaining fixtures will be like on UK Sports channels. The game against West Ham this weekend kicks off at 12.45 and is live on BT Sport (little Mickey Owen on hand to annoy us all).

The remaining fixtures are:

The final game of the season against Aston Villa is unlikely to be televised unless something remarkable happens in terms of the title race.

The date and time for that fixture will not change though, as all games kick off at the same time on the final day.

Does this mean that we can expect the Norwich game to remain when it is now? First time, slightly nervous visitor from Sweden wondering.

Obviously by Sky doing this, it kinda suggests they are holding out for some sort of title showdown between us, Sp*rs and Leicester…. As much as we all want it to be true, I don’t think we can catch Leicester regardless of whether we win all of our remaining fixtures, I just think we’ve left it far too late. If we had of at least got a draw away at United and then beaten Swansea at home the following weekend we might be in with a shot, but realistically, we will be very lucky to catch Spurs. Leicester just seem… Read more »

its not over yet!

if you look on the official site, for the norwich game it states “This game could yet switch to Sunday 1st May, with a possible 4pm kick off”
http://www.arsenal.com/fixtures/first-team#April2016

Doesn’t this again break the FA’s requirement of 6 weeks’ notice?

Arsenal vs Aston Villa will be televised; mark my words.

Spursday night football – what’s that all about?!

I pray to Dennis we’re on tv last day of the season. It could happen.

Weird irony that we Stateside Gooners have an easier time finding the games on TV than those in the UK. They are early but Mr. DVR can solve that problem too.

There really should be a minimum time beyond which TV can’t make changes but the almighty Dollar (or Pound or Euro, depending on location) must be worshipped.

Timorous Me
Reply to  Paul

Yet another benefit to being in the U.S.: all the games are televised, and none of them feature Michael Owen!

Why not
Reply to  Timorous Me

I actually prefer to stream from the US channels. They always have the games. Ive heard a lot of people say they don’t like watching the american channels because of the accents. I feel those people are missing out, and generally a bit annoying. Its a really flimsy excuse. The commentators tend to be always be british, I think a purposeful move by the broadcasters, to keep the vibe of the games similar. Which is funny as the commentators tend to be generally below the quality of the pundits, who generally are american, with fully fledged accents. They seem to… Read more »

Runkeball
Reply to  Why not

I much prefer NBC Sports to BT or Sky.

Yes, I work in US a lot and NBC coverage is much better than people would expect.

Lee Dixon is the best.
Michael Owen is horrendous

Sky absolutely desperate for the ultimate title show down.

So they can proclaim it the “best finish to the season ever!”, and never cease to keep banging on about it?

But I guess they didn’t have the rights in ’89…

Fixed that for ye blogs.

Long gone are the days when you could rely on a three o’clock kick-off!

Wait wait.. Are you saying not all games are televised in the UK? Being in Australia, I had no idea about this previously. That sucks!

The traditional kick off of 3pm on a Saturday is sacrosanct. These matches are not broadcast in the UK as clubs feared it would cause a reduction in attendance figures…

Watching PSG against City. The Manchester defense is definitely up for the taking.