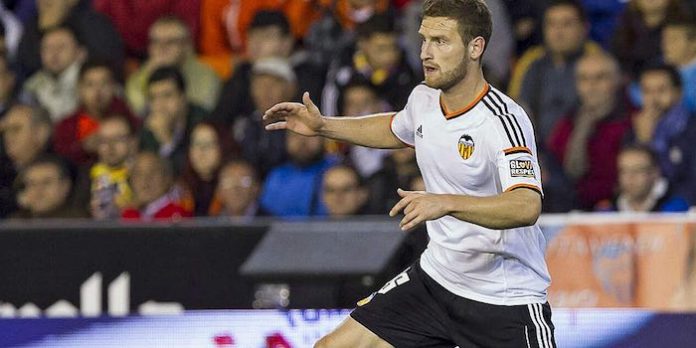 Valencia have reportedly told SER Deportivos Valencia, a local radio station, that they have had no offer from Arsenal for centre-half Shkodran Mustafi.

The German international has been strongly linked with a move to North London to fill the gap left by Per Mertesacker, and speculation over his future was heightened when he trained away from his teammates with two other players who are rumoured to be leaving the club.

Nor did he feature in last night’s pre-season friendly against Bournemouth, apparently due to a foot injury. However, the La Liga side say they have not yet received an offer from the Gunners.

Valencia tell @SERDepValencia that they have not received any offer from #Arsenal to sign Mustafi. #afc https://t.co/QB1AK3aJln

That’s at odds with other stories which reported an €18m Arsenal bid was turned down by Valencia late last week. So, there appears to be a lot of smoke around this one, but it’s hard to see where the fire is, and the good word is our interest in him is real.

The 24 year old certainly fits the bill in terms of what we’re looking for, but there’s also interest in him from Chelsea, so if we are interested we’d be well advised to get moving.

Not least because the season starts next Sunday, and we’ll be without Mertesacker, and Laurent Koscielny for the opening game at least, so getting that defender in and settled is of paramount importance.

Our blogging colleague over at We Are The Northbank (not one for madey-up nonsense), reckons negotiations are imminent.

Poo-o-Meter remains at 5 on this one for now.

why dont we go for that vanDj something Southampton defender? everytime I watched him he was best defender on the pitch. and if I remember right he already said (once at Celtic) that he’d love to be gooner. also PL ready and maybe cheaper. after Koulibaly I rate him most between centre backs that dont already play at the very top clubs.

Well chavski are now interested. Watch us fuck about, 18m offer! Haha, and him sign for them. We will end up with Evans if we’re lucky

Hope this happens, ideal replacement for BFG for short and long term.

Virgil Van Dijk? Yeah he was highly rated @ Celtic and at Southampton.

Big tall bastard and I respect the ponytail.

Thing is he’s only been at Saints a year so they will want a pretty penny for him, so Wenger may be hesitant.

If this guy is so rated, why aren’t we in for him, if as the reports say, they are will to sell for half his release clause?

I can tell you exactly what will happen at Arsenal this transfer window, as I’ve seen enough trends in Wenger’s behaviour over the last 10 years. We will not sign a striker, nor will we sign a wide forward; much in the same way last year we didn’t sign a striker nor did we sign a holding midfielder or defender which derailed our season. The ONLY reason we are obviously interested in a defender is because of the injury to Mertesacker. If that hadn’t happened I have zero doubt in my mind that, what with the Rob Holding acquisition, Wenger… Read more »

I feel on the contrary when Wenger wants someone they go after him, take a look at Henry for example. Arsenal paid around 11 million in 99 back when fees weren’t out of control for a flop from Juventus. I will agree that perhaps that all we get is Xhaka and a defender but I think that Wenger operates more on the if I can’t get what I want I won’t get anything at all rather than the penny pinching idea we have of him.

Not out of control?!? £11m at the time equated to 25% of our turnover which was around £44m, that like us spending £90m on a player now! Would you now spend 25% of the clubs turnover on a flop from Juventus?

I would thumb this up, but well… You know…

I’d be very surprised if we’re actually after Mustafi, Lacassette, Mahrez or Draxler as they all seem far to conventional for Wenger to want to sign them, and as we all know what he really wants to do is sign unknowns or even better cheap unknowns

David Ornstein reckons we’re interested in mustafi (and other clubs are too) and that we’re not pursuing Mahrez/Draxler.

Surely Wenger has something up his sleeve? Right? Right? RIGHT??

Frankly, this is more stressful than the actual season. Will be a nice relief when the PL starts!

Yeah I gotta be honest I’m getting a bit wound up now. Mertersacker has been declared injured for a fortnight. What the fuck is the hold up seriously. Actually, scrap that, we’ve needed a new forward for over a year now and we STILL haven’t signed one. I just can’t believe how much fannying about we do in the market. Get it fucking done, no excuses. The others don’t piss about moaning about money, moaning about lack of quality. Shut the fuck up and be ambitious. For the price you lot charge us to watch the team we should have… Read more »

9 days till the start of the season. Still no striker, still no CB, you watch the same old excuses get given