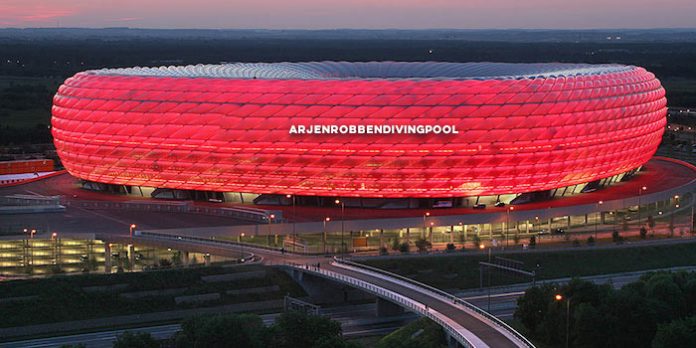 The dates of Arsenal’s Champions League encounters with Bayern Munich have been fixed – much like the draw itself … we kid, we kid!

The Gunners will travel to Germany to play the Bundesliga champions on Wednesday February 15th. The second leg will take place at the Emirates on Tuesday March 7th.

It means Arsene Wenger’s men face a particularly difficult run of games around that period of the season.

They’re away to Chelsea on February 4th, away in Munich on the 15th, and travel to Southampton on the 25th.

Then, right before the second leg they play Liverpool at Anfield – a game which has yet to be moved for television but which could take place on the Saturday or Sunday depending on the whims of the broadcasters.

So, it’s gonna be hectic, but there’s not much we can do other than keep winning games. Fingers crossed.

I have no idea what it is. I hope Arsene Wenger does.

this is the most beatable bayern we have ever faced. they dint have pep and is weaker than last season.

and we’ve been unbeaten since the opening day.

I’d say not having Pep makes them stronger

I hope we take them apart though. And we have actually beaten them before. I reckon we might be seen as a bit of a ghul team for them.

On current form, I think we beat Bayern. I hope that is still true in February

We can beat them half the time. Just a case of making it both times. Will be awesome to watch this year, the annual improvements on our squad have been amazing and we have such a great quality squad balanced in all areas.

I’ve been unsure before, but I feel confident for us this time. Worst case scenario, we end up focusing on the Premier League, best case we get past the Ro16! #COYG

Listening to Andrew and James on the Arsecast when we draw Bayern…yet again.

It was fated to happen. However, I feel good and this squad should be good enough to win through. Let’s hope there are no injuries.

I think previously our chances were maybe 20/80 to beat them over two legs. Now it feels like 40/60 or something like that especially with the 2nd leg at home. Also depends on the injury status of the teams

We don’t need to beat them. All we need to do is draw twice and dra better at their place than at ours… 🙂

Wow….haha, please the keyboard is an invention, not human…!!! hahaha!!!

I guess its the anxiety of drawing bayern that make your finger mistype…..stop blaming the poor keyboard bro….hahaha!!!

I would f.cking love that. Tired of dropping out because of the stupid, senseless, shitty away goal rule.

Sooner or later that stupid rule has got to work in our favour!

Well, I’m really fed up with this draw already FFS. I was hoping for Real Madrid actually.

If we feel a bit peeved can you imagine how PSG fans feel?

january is title deciding month for us

Except its February, not January, but yeh

If the Premier league had any sense they would move our game with Liverpool to the Friday beforehand….knowing them they’ll move it to the Monday the night before.

I hope Mourinho gets punched in the throat

I tend to agree with the opinion thst this fixture was confirmed just like the dates. Everyone was expecting it to be honest! The surprise would have been getting A Benfica etc….but we all know that is as likely to happen as Spurs stop being shite!

Haven’t read your comment but I’ve given you a like for your name. Not one to advocate mindless violence. But on the basis it’s that classless goblin Jose I’m going to assume that you’ve put lots of thought into the process of assaulting him and therefore it’s no longer mindless.

Regularly drawing Bayern (and Barca) actually makes perfect sense probability wise. All three clubs are from nations with four qualifiers, the majority of who not only usually qualify for the last 16 but also top their groups (roles reversed for us and bayern this year). Given these variables and the rules of the draw (no team for the same country or group) it’s easy to see how it limits the options and increases the probability.

That or they heat the balls ?

Barcelona also starts with B. Arsenal starts with A and always draws the B. My theory is still alive.

That is AS Monaco, so it was the next one after us.

Also the (stupid) rule that teams from same country can’t draw each other in the round of 16 doesn’t leave that many alternatives. Still us drawing Bayern again is a bit strange

Left us with I think 6 alternatives this time. Getting Bayern again was unlikely. Not “this is fixed” level unlikely but it was not a likely outcome, not even close.

Bring it Bayern! If I were a Bayern fan I would be scared. We are perennial also rans no one expects us to progress, we can play with freedom and without pressure. Boy is the team good when we do that!

Ok fine we’ll probably go out, but you never know. Also that second leg at home will probably be the best European night we’ve had at the Emirates if we win. Would be so satisfying after all the recent losses against them. Also, at least we didn’t draw KAA Gent. 😉

I believe that teams from the same country should be allowed to play each other in the round of 16. Separate in the group stages but open in the knock out stages. Would stop the likelihood of the same teams playing each other on a fairly regular basis.

At least we do not feel guilty this time around.

No, but I feel angry and I don’t know which is worse.

Fixedture. courtesy of your friends at UEFA. 😉

…oh and, we can beat Bayern. They have plenty of aging assets.

DOubtless the media will now give us (as per usual) NO CHANCE.

Just like they said we had NO CHANCE of topping the group because it was UNLIKELY that PSG would lose a game to Ludogrets at home.

Please beat them. Thanks.

I have a strong gut feeling that this is the year we take Bayern apart. COYG!

I think it’s a good draw. If we beat them, specially during around that time, then it can help us with confidence and if don’t we shouldnt dispair and can free our player to fully focus on the EPL and FA cup (if we are still contending by then). What do you think we should really focus on this year? realistically, we have more chnaces winning the EPL so why not shift our attention there. not saying to play rob holding in CL – even though Sanogoal scored vs Bayern – but I am still waiting for a major cup… Read more »