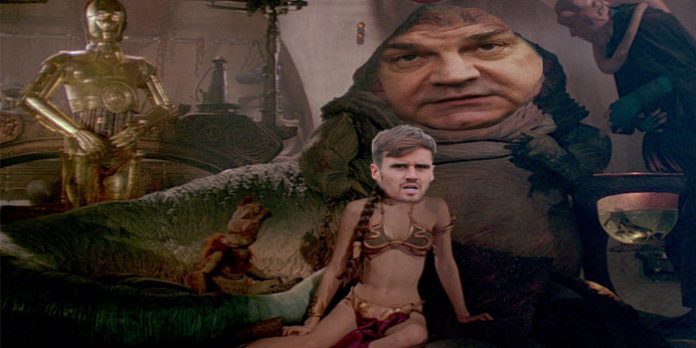 Just when he thought he got away with it, it looks as if Carl Jenkinson’s career might well fall into the late-night kebab flavoured fingers of Sam Allardcye once more.

Yesterday it was reported that his potential move to Crystal Palace was off, as no agreement could be found when it came to personal terms.

However, the Palace manager isn’t giving up so easily as he seeks defensive recruitments to help keep the Eagles in the Premier League.

“Until the chairman rings me up and says Carl Jenkinson deal is dead, it’s still ongoing for me,” he said today.

However, Palace don’t appear to be much good at actually doing transfers with Allardyce saying they’ve tried to sign about 20 players in the January window thus far.

The only player who has arrived is Jeff Schlupp from Leicester, so there may well be an issue with how they’re approaching them.

Maybe they need to work on a different negotiating setting (see header pic).

I keep hoping Jenko would pull a coqulin kinda story and turns out to be awesome for the rest of the season.

That picture makes me laugh on so many levels.

Am I alone in thinking Jenkinson wasn’t actually that bad in his couple of outings for us this season, I mean for a player returning from nine months out following a serious injury? He looked rusty, but what did we expect? Wenger has shown a lot more patience with far worse players over the years and, given Debuchy’s position and the fact that we need back up for Hector, it seems to me an odd decision to let Jenko go. As Blogs has said before, there aren’t that many players worth their salt who would be willing to twiddle their… Read more »

Yeah I actually thought he was decent given the circumstances. The BFG’s return means we now have 5 centre backs and I think Wenger feels 4 is the right number as you want to keep it competitive. Full credit to Wenger as when we’ve needed most of our squad players (Gibbs, Gabriel, Holding etc.) they were really motivated and had a good impact. So in order to do that the players need to believe that they’ll get the chance. I think Wenger would rather keep all 5 CB’s and play Gabriel as cover to hector bellerin than keep Jenko and… Read more »

I’m really not a fan of the current news layout format with the red-tinted photos. It really does a disservice to your photoshop skills.

That’s only on mobile!

is living in London that important to Carl? Why would anyone want to play with Big Sam as their coach?

Good luck to Jenks, can’t fault the kid’s attitude every time he played for us.

Perhaps Arsene should send Sonogo and Debuchy with a holographic message to Allardyce, and then part of the message is that they are gifts to him. Then perhaps we can get Santi out of the carbonite he’s been in all season.