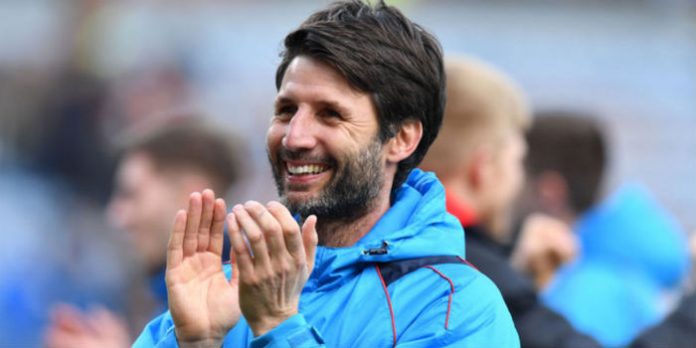 The tactic, tried and tested at Burnley in the last round when the Imps structured their giant-killing around six 15-minute matches, is supposed to help the players compartmentalise their focus when the odds are stacked against them.

Lincoln currently have a six-point lead at the top of the National League, the same division that Sutton play their football, and have done well juggling their cup exploits with their bid for a return to the Football League.

“We’re playing 10-minute training games so they get used to this mentality. We understand that Arsenal could blow us away.

“We could play our very best and still get beaten 5-0 but we want to train the players’ minds for these 10-minute games. We might go three down in the first 10 minutes.

If we do, then the players must draw a line and start at 0-0 for the next 10-minute game. How many 10-minute games can we be competitive?

“If winning at the Emirates is the only definition of success the likelihood is we won’t be successful. We’re trying to measure success differently using achievable goals. But we’re also professional and prepared. We might surprise some people.”

Given how hard Sutton fought in the last round Arsenal certainly won’t have it all their own way at the Emirates. Should that be the case there’s a good chance the atmosphere could get tetchy. Last night’s drubbing at the hands of Bayern Munich was preceded by fan protests calling for Arsene Wenger to quit while a second half exodus grew with every goal scored by the Germans.

While the knives may be out for the Frenchman, Cowley is certain the achievements of his more esteemed peer will play out well in the history books.

“He’s a special man and a pioneer of football in this country. I don’t think people will really respect the enormity of his achievement at Arsenal until he’s gone. That’s why I feel for him when he gets abused by his own fans.

He added: “Football’s crazy, isn’t it? I wouldn’t dream of going to the dentist and telling him what to do or shouting abuse at my plumber. But people come into your profession and tell you what to do. Of course that makes football great. People love football and that brings passion – when you don’t think clearly or act normally. I know the Arsenal fans are passionate but I don’t like the way some of them treat Arsène Wenger.”

Given Cowley’s background – as recently as last year he was a PE teacher – it’s not surprising he’s able to maintain a sense of perspective despite coming face to face with the madness of modern football.

You can read the full interview with the Guardian’s Donald McRae here – it’s well worth it.

Sensible chap. Like the idea of treating it as 9 10minute games.

That’s how I try to look at the Bayern games, then we at least won and drew some of those 10 minute matches

Joke’s on him he forgot to account for the time added on.

He used to teach PE, not Maths.

(And if our guys could’ve had that preparation yesterday.)

Their 10 minute game plan will be successful if our players decide to sleep in for the first half like they did at Liverpool and Watford.

Sincerely hope they can get something from this game they deserve to go through a lot more than we do.

What a load of bollocks

Makes me laugh when you chip in Blogs. 🙂

…and good to see you playing the comment rather than the man. 🙂

You’re clearly a Lincoln fan, or a goon!

i know it’s a disgrace to hope that we lose but if that’s what it takes for our board to finally realize that our beloved le prof has lost his motivation and it’s time for change then i all up for a loss against lincoln….For many arsenal fan season was over when we lost to city and everton…just give us something different

You’re right, it’s a disgrace to wish your team will lose. When Arsenal play, I want them to win, simple as that. I just can’t imagine wanting Arsenal to lose, no matter what the circumstances or whatever machiavellian outcome you think might justify such madness.

You’re the epitomy of a plastic fan. Get behind your team or go find someone else to support.

Never understood that mentality at all, just seems to me the kind of person that wants his team to lose is the kind that gives up in real adversity. what do you do when you got problems? curl up in a fetus position and call for your mum?

I wish my country’s leaders had half the passion and commitment that Arsene shows for Arsenal. With the kind of funds he’s worked with, he’d have been ideal for a third world country like mine. And a good leader should know when and how to quit. Personally I’d like him to stay but it feels like its time to call it a day in what has been a terrific journey. Alienating the fans seems like a step backwards to everything he’s achieved.

He would be perfect for a third world country in that, he won’t know when to pack it up and leave.

Also, the wasting of limited resources on xhaka.

Lets forget about ucl & premiership this weekend. Lets put these bad results to bed and play the arsenal way. This team is not bad. Its just that we have lost our confidence. I really hope the player get behind arsene and he lift the fa cup before he leave this season. I believe wenger should go at the end of this season but he need to leave with honour. The guy deserve it. He spent 20 years with us. U can see how every loss affects him deeply.

Let’s try to put a run together shall we? Please?

Anyone else hear Ian Holloway call Sanchez “a selfish pig” about when he got substituted the other day and sulked with his hood over his head.
I want Ian as our manager!

We have to win it.

I don’t think it will represent us moving forward, we should be gunning for the big prizes now but at very least it still carries a bit of prestige for the gaffer to step down with and he deserves that.

That said, our current form is abject. We will have to have no illusions in pulling off a big win to right ourselves again because we have plenty of work to do in the league too.

Season isn’t over by a stretch unless you are totally devoid of pride.

Sorry, but the FA Cup _is_ a big prize. Not in the same way the League is, perhaps, but it’s the oldest Cup competition in the world, every club from whatever league way down there has a chance to qualify or play in the FA Cup, and you have to beat whoever you meet in order to win it, nothing else will do. I remember watching the FA Cup on television as a boy, when that was all the football there ever was on TV. On a little black-and-white set that was the pride of our family, when plenty of… Read more »

thats nice.. we got Perez and hopefully Danny too! GG EAZY..

They’ve got a striker, Rheade) who makes Deeney appear decidedly wisp like. Kos/Mustafi will need to be on their toes to deal with him. They also have a new forward who we won’t have seen, but scored twice for them on debut last night.

However, if we get Welbz back in for Ollie, and we play like last night in the first 50 minutes, we will swamp them.

If we are only 1 up at the 50 minute mark, look out for A Taylor, to make a decisive impact. (Probably send Kos off for breathing).

Any news on Danny’s injury?

its stomach flu he has got, so has iwobi. Ozil had it for nearly a week.

Danny in for Sanchez not Oli.

Is that plus two matches for every minute of injury time?

My wife just summed it up for me when I said we need a change of manager.
She said “the thing is, that we know we are not going to get anything different with Wenger”…

Please lets go on a run, win the FA Cup and finish in the top four above Spuds (never finished below them since Arsene’s arrival) and send our perfectly wonderful manager off with a cheer.

Tactical game plan design tested and vigorously prepared in practice leading up to a crucial match against immensely strong opposition? Sign him up hehe

I listened to this guy on the radio the day after they knocked out Burnley. Sounds like an intelligent bloke with some interesting ideas and a willingness to learn from far and wide. Might sound a bit left field but could he be a future Arsenal manager??

It never ceases to amaze me how opposing managers (and owners, like that Sutton fella) are able to show such respect to our club and to our manager, despite the fact that many of us cannot.

Do you enjoy the regular hammerings?

Are you able to accept the “regular hammerings” with respect Spinner?

Of course not, and neither does anyone at Arsenal F.C., but I support this team (including their current manager) through the victories and the defeats, even the humiliating ones. That means standing up for your team, always, and sometimes working hard to find the positives in their performance, having belief in them, and even bearing some of the (metaphoric) weight of the task at hand (i.e., our fans gave us quite a lift tonight …). Everyone is welcome to criticize, lord knows it is our birthright in the 21st century, but the way our own fans stick the knife into… Read more »

I’m looking forward to the FA Cup game against Lincoln so we can finally watch some simple football and take a break from all this elite drama and prima donna bullshit.