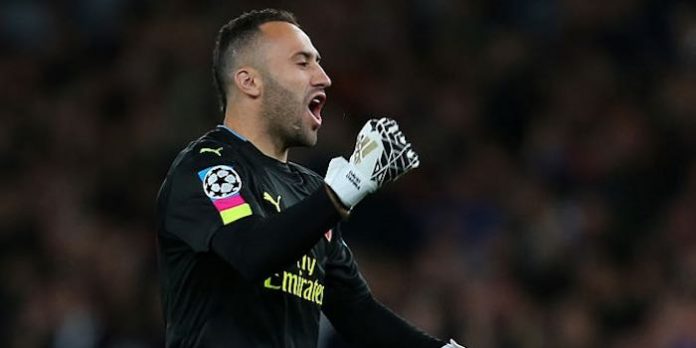 The future of David Ospina remains unclear, with reports last week that a move to Fenerbahce had broken down.

The Colombian was widely thought to be signing for the Turkish side until Arsenal put up the price at the last minute. Considering the fee was mooted to be around £3m, you can understand why.

Whether or not that transfer has gone by the wayside completely remains to be seen, but speculation over the 28 year continues.

Now, he’s being linked with a move to MLS, with LA Galaxy the club interested. Spanish publication Don Balón say that the American outfit have targetted three ‘galacticos’ of European football.

Zlatan Ibrahimovic, Darío Benedetto (a striker with the distinctly non-European Boca Juniors), and the Arsenal man.

Considering the Swede is banjaxed with a knee injury, that seems an unlikely deal, as does the idea of Ospina going to MLS at this point in his career.

There are bound to be plenty of suitors for an international goalkeeper and FA Cup winner in Europe, so we’ll go pretty high on the Poo-o-Meter for this one.

Will do well there but not a boost to his career.

I seriously reckon I could get together a premiership surviving team made predominantly from gooner cast offs. How about an Opsina, Corporal, Gibbs and Perez bundle for 25M? Pretty decent business and that team ain’t going down. Chuck in some Championship thuggery and the odd 30+ prem veteran and we are good to go.

Hello Middlesbrough, how have you been?

So you wanna keep Debuchy ?

No, I just don’t want him at my new club either.

Case of the norovirus this one

His style of play might better suited for the San Jose Earthquakes or even Kansas City Sporting, given his short kicks.

as many as i like him , i think he need to go .
he look like nice human being but im sorry after dreadful punch in costa goal at fa cup finals , and once again when colombia vs spain .
ospina is good but u need to go .
im sorry

I’d says that the level of keeper skills is higher than just about any other positions in the MLS. There are plenty of options, and I can’t see why you’d pay exception money for one (unless they had star appeal, which Ospina certainly does not).