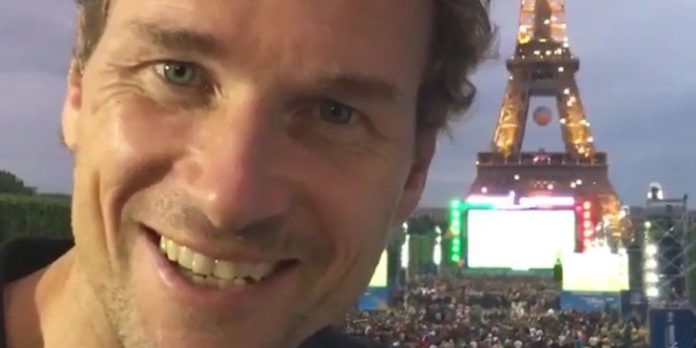 Jens Lehmann could return to Arsenal in a coaching capacity this summer.

On Twitter this morning, @DarrenArsenal1 claimed the Gunners are looking to offer the former Germany international a position at London Colney working with the club’s goalkeepers. It fits nicely with the ‘backroom staff shake-up’ narrative and has triggered a host of articles from mainstream media outlets, including The Mirror, The Times and The Independent.

Told that we are also discussion with a former goalkeeper about joining backroom as a Goalkeeping coach. Invincible

Quite what role we’re looking to offer the ‘Invincible’ remains to be seen given Gerry Payton, the current first team goalkeeper coach, recently signed a new deal at the club, and ex-Crystal Palace and Newcastle coach Andy Woodman has been hired to fulfil a similar role with the under-23s.

Lehmann left the Emirates for Stuttgart in 2008 after five successful years in London. He returned to Arsenal in 2011 to undertake his coaching badges with the Welsh FA and during that stint memorably came out of retirement to provide emergency cover when Wojciech Szczesny, Lukasz Fabianski and Vito Mannone suffered simultaneous injuries.

He subsequently became the oldest player to play for Arsenal in the Premier League when he made his 200th appearance in a 3-1 win away at Blackpool. He was most recently seen in an Arsenal shirt in September when he saved a penalty for the Legends in their 4-2 win over their AC Milan counterparts.

It’s no secret that Jens is a bit of a character. As well as being incredibly erudite, he’s ridiculously driven, fiercely competitive and…well, bat shit crazy. He’s spent three years talking about a return to football either as a coach or as a sporting director, perhaps we’ll be the ones to benefit from his considerable experience. What a magic!

UPDATE – The Telegraph’s Jeremy Wilson claims Lehmann is on the cusp of taking up a first team coaching role alongside Steve Bould and Boro Primorac. All very exciting, if true.

I can’t deal with sentimental appointments.
I like Jens but hope he’s being appointed because he’s the person who can offer us the most, rather than because he used to play for us.

He’s earned the relevant coaching badges and has elite-level playing experience. I’m not ashamed to say that bringing back Mad Jens would be the happiest day of my life. Or at least this summer.

At a penalty shoot-out in World Cup ’06 he was reading pre-prepared notes about where the Argentinian players would place likely to shoot in-between kicks and saved two pens. The man is thorough. He’d be wasted as a goal-keeping coach – he should be coaching strikers and defenders and consulting with the tea lady every other week.

No way
Reply to  kaius

He comes across really well when he does punditry. Seems to have a really good eye for the game. He also displays a big feeling for arsenal which is nice.

The best bit of that story is when he read the notes, it was for a man that he had not prepared. He pretended to read to get into his head. That was one of the penalties he saved!!!

Clearly you’re a new fan that didn’t support Arsenal during this mad man’s time for us. I say bring him back at any capacity!

You can never have too many Germans i suppose

Love it! Augurs well for the season ahead especially with all news about Szczesny cooling down, hope Szcz stays and fights to become a legend. Can’t get better learning from our very own invincible!
Cech can learn a thing or two too, Jens is that bloody good.

Best moment : the obvious Villarreal penalty and the stoppage time at Old Trafford when he rolled around trying to waste time when we were winning.NOSTALGIC.

Szcz already has the crazy side of Jens, just need the determination/competitiveness to rub-off!

Went on my one and only tour of the old stadium two days after that Villareal game. Lehmann’s was the most popular shirt in the dressing room!

Please let this be true, he was an excellent keeper, winner and absolute madman!

Ahhh Germans… The other German I like is Poldy. Always loved his positivity. And Per has been a giant for us (a gain a far more instrumental player than many care to think…bc they can’t get pass the ‘pace’ thing) Ditto Ozil. He’s a truly fantastic player to have. Yes some criticism about his application may be legit, he isn’t the sort of player to pull us out of a rut and liekly the first to slump his shoulders but what ability to have. One German player I think we should be looking at (for the critical addition to midfield… Read more »

Maybe Poldy can come back to hold some shooting clinics.

Some times, we hit things with such lack of conviction.

Really a photo of Jens with the Eiffel Tower in the background? That’s not very nice

Corona X
Reply to  No way

ANY photo of Jens is ALWAYS very nice.

I thought it was a magic

Merlin\'s Panini
Reply to  No way

I\'m Professor Ignorance, on this subject
Reply to  Merlin\'s Panini

War! Hunh! Yea-eah! What is it good for? Lame jokes about Germans! Uh huuuUH!

Excellent news, would be very happy to have him back. He should give a few of the players a swift kick up the arse when needed.

I would like to see more ex players with roles at the club, yes Keown, Vieria & Bergkamp I’m looking at you.

Please bring Mad Jens home! I can only wonder what could have been we keep Wojciech. He has the same kind of crazy.

P.S. While we’re at it can we also bring back Viera, Pires and Bergkamp? That would be some real catalyst for change.

I think Vieira is rather enjoying being a manager. It’s still unclear if he’ll be any good at Premier League level, so any return to Arsenal would essentially be a step down at this point. The other two are more feasible – Bergkamp’s travel issues would mean a role other than manager, and Pires has been very vocal about wanting to be DoF.

Fair play on Viera but just imagine Mesut being coached by The Iceman. I wouldn’t mind Pires as Director of Football at all.

Dream coaching team: bould,keown, dennis, lemon, bobby, titi, pat v,overmars.
Oh and while you’re at it, miggt as well bring back the one true legend- eboue.

We only came for Eboue!

Please let this be true, I love me some crazy Jens!

He will scare the poo out of some players! Hire him!

Bould and Lehmann! Just needs Mr T to sign, and it’s perfect! I can imagine it now…. 3 of them in training and Mr T saying ; I pity the fool who let’s that ball in the net! Gonna be your balls for lunch. ??

I love the guy. Love him. One of my idols. But great players don’t always make great players, he appears to be outspoken too. Will Wenger tolerate it? Everyone else is a yes man. Interesting.

I doubt Wenger would have brought him back if he couldn’t tolerate his attitude. In fact, I think maybe Wenger is all too aware the squad is missing a bit of that.

This is why I would like it a lot. We need someone who can stand against Wenger when some good old madness is needed!
Shake up things a bit!

Other appointment should be Bergkamp as technique trainer/ master of everything in football. And Bobby as the face of Arsenal, literally, and always….and yeah, sporting director.

Amid all the ridiculous transfertainment this is the only thing that has made me really smile. Mad Jens!!!

i love this.
arsenal getting its character and identity back

If true, you have to say the club has heard the call to arms by supporters. It would also send a positive message that we’re trying to do it the Arsenal way and instill (or re-instill) the identity of the club, in addition to splashing out in the market.

More of this, please.

The only person that my wife says she would leave me for is Jens Lehman. I am willing to take the risk. Top top quality bloke imo.

Mental Strength! Winning Mentality! Unafraid to speak up!
Check, check, and check. Do it!

This is only allowed to happen but if he promises to come onto the pitch before every game to do a forward roll.

Not from the look of that photo, I’d say. If anything he’ll be coaching photography.

Glad to hear it. Love this guy.
We should try to keep Szczesny so Jens can teach him to embrace his mentalness, apart from in Champions League finals…

He bites footballs for fun during the game !!! What more do we need ! GET THAT CRAZY GERMAN !