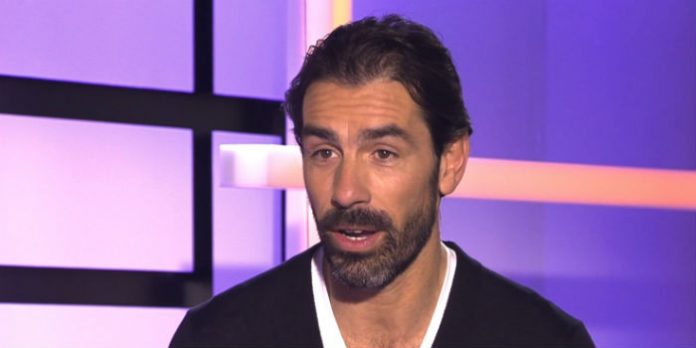 Former Gunner Robert Pires has backed Arsenal’s chase of Thomas Lemar, saying that the young Frenchman is a player he loves.

The Gunners might well be feeling less positive about the deal – as reported earlier – but the former Invincible made no bones about his desire to see the Monaco man in North London next season.

Speaking to Sky Sports, he said, “I love him as a player. For me, Thomas Lemar is one of the best French players there is.

“Lemar is the kind of player who can make a difference. He has the right profile to play for Arsenal, definitely.

“I hope for him and for Arsenal that it happens.”

Of course it remains to be seen what will happen. Having sold a clutch of first team players already, Monaco may not be willing to let anyone else go.

However, they have shown themselves willing to do business when the price is right, so maybe Arsenal need to push the boat out a little.

Feels like were giving Monaco the Barca treatment here :/ tapping up it seems?

Completely. Very hypocritical to bemoan the likes of Xavi talking about Bellerin when ex players from this club are doing exactly the same.

Did you hear of any DNA bullshit from him. He made a reasonable responsible and respectable statement. Please do re-read it again but this time gradually and with better illumination.

We are entitled to make an offer. AW or any of our players haven’t said anything about him so why are we tapping up.

Robert has been coaching at Arsenal.

La Cazette with Zest and Zeal
Reply to  Martin

Tapping up means former players do not have freedom of speech ? Tapping up was Mourinho meeting with Ashley Cole in a hotel without asking Arsenal first.

-when Barca players “forced” their shirt over Cesc Fabregas at a Spain outing, it was also tapping up, wouldn’t you agree?? Albeit not in a sense where anyone is responsible in juridical terms…

Feels nice to be on the other side for a change, doesn’t it? Our transfer team is hardly as efficient as Barca’s so its more of balancing the scales I guess.On second thoughts its just me trying to justify Bobby tapping Lemar 😛

I was literally about to write just that! Pires is to Monaco what Xavi was to us

Maybe it means we’re a terrible, immoral joke of a club. Or maybe, just maybe, players of a club expressing their admiration for players of different clubs really isn’t that much of an issue and never has been, and the shitstorms we’ve spun up over the years following comments made by Xavi and the likes are completely irrational and blown out of all proportion.

Yeah, Barcelona are absolute cunts. Nothing to see here people…?

I appreciate your thinking and all those who thumbed up your comment but, there is a difference between Pires and Xavi.
Xavi tapped up Fabregas whilst he was still playing for Barcelona whereas Pires is an ex player who can speak freely.

Maybe the difference being we’ve made two significant bids for the player already.

Just getting us excited when it probably won’t happen.

I wonder where would we play him if we manage to keep Alexis…?

It’s a good point.
We need quality and depth but this is typical Arsene, we’ve needed a left sided midfielder since we let Nasri go to City.
Then we pass on a Draxler for €40mill and try and sign Lemar for more, when he’s stated we’ll be starting the season with wing backs and no wide forwards.
I love the look of Lemar, but I’m not sure Arsene is certain about the way he wants us to play anymore.
He’s constantly trying to put square pegs in round holes.

To assume Wenger is unsure of how he wants to play is silly. The man knows exactly how he wants his team to play. Don’t mistake our inability to see what he wants for his inability to know what he wants. I’m quite sure if he has been willing to throw out these types of offers for these young kids, they play exactly into what he envisions. Let’s hope he gets who he wants and we get to see his vision in action. I think in years past he had to settle for players that were not high on his… Read more »

It’s hardly speculation that Arsene plays players out of position. Maybe he does it for their development? Xhaka he said was a box to box midfielder then he said he was a deep lying one. It took over a decade to clarify Walcott’s position, only for him to declare yesterday that he has a new one. He’s shoehorned Rambo on the right Cazorla on the left Iwobi he admitted wasn’t suited to wide forward because he was a No10 but then kept playing him there, leaving our full backs exposed. The two friendlies so far Lacazette has played wide forward.… Read more »

…and with his 170 cm hight (plus Kolasinac in the team) – I guess he won’t be our new left-wingback…
All in all, I think he is Wenger’s no.1 emergency plan for the departure of Alexis.

exactly . wenger should be applauded for giving many young players their chances in first team . but there is an alarming number of players loosing their way in recent years after being introduced to the first team by wenger. apart from the ones you mentioned there are many others , like for instance ox is being thrown around in many positions without any concrete plan for his development . ozil , a classic no10 bought for a club record fee and wenger plays him in wings , resulting in disastrous run on form . ramsey was used very poorly… Read more »

Thank you. Atlast a sane person with a level headed view.

Bobby keeps trying to fix our transfers for us, it’ll happen eventually… I believe ❤

I love how Bobby specifies he loves him “as a player”. Just in case anyone got the wrong end of the stick and thought he was actually in love with him as a gentleman lover.

When you´re in the gentlemen love business you never get the wrong end of the stick I guess. Just assuming though…

This is the same behavior we excoriate Barcelona for – surely we’re above this media pressure to sign a player contracted to another team?

Nope. We’re just as crooked, possibly more and further, we always have been. Good Old Arsenal.

A part of me feels convinced that this deal is done.

Pires said the same thing about Mbappe. I think we need Lemar because Sanchez is out this summer or next and we need a replacement. If he is worth 50 million this summer, it will only increase (barring injury) next year.

Could have said the same of Kante last year though. If he does more than one season the price will be 80m+

Or if we think about Hazard the season before when Chelsea were utter rubbish. Under Conte, he rediscovered his mojo.

Its a mistake to think this way.

In fact players who are underperforming is where you are likely to find the most potential value increase provided the manager feels he can wring the best out of him.

Remember Henry was flattering to deceive at Juventus. They would have said the same of him.

Well we all agree he’s good but it seems a deal is far from being reached.

I think Wenger prob feels it a one size fits all with Lemar.

He will likely be a surrogate to Granit in deep midfield and someone who can also cover further forward.

I don’t think he is the perfect solution either rather it absolves Wenger of bringing in someone in deep midfield which frankly we needed to add last season.

Next step is for James to suffer some serious misfortune.

I think he isn’t the qualities we need to complement Lacazette as replacement to Alexis. Lacazette brings the goal efficiency but we need to replicate the ‘unpredictable’ element of the South American not to mention the technical level. Lemar is a very efficient player and has a magic left peg. I feel Wenger is considering him as an option to cover two positions. As an option attacking but also deeper in midfield particularly as a surrogate to Granit should the Swiss get knocked. Its a one size fits all solution but not optimal. That said, at 21yrs he’s the age… Read more »

Just make pires the director of football already. He has the charisma to attract players

…and of course Wenger will be his own worst enemy (again) if he relies once again on Santi to regain fitness or banks on jack as partial solution.

Where is the boat? Wenger get pushing!!!