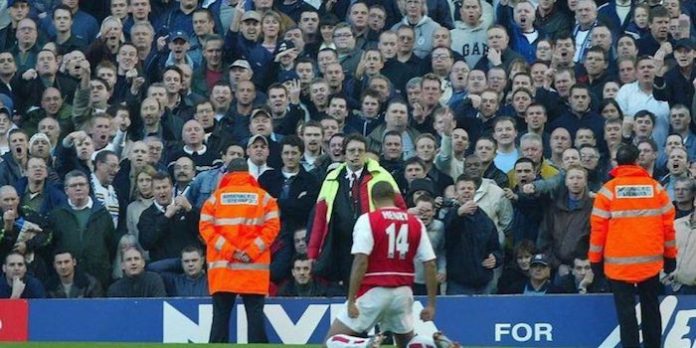 The first North London derby of the season has been rescheduled following this week’s European tournament draws.

The clash with Sp*rs had been set to take place on Sunday November 19th, with a 13.30 kick off.

However due to their Champions League fixture that week taking place on Tuesday, the game has reverted to Saturday November 18th with a kick-off time of 12.30.

The date and time of our Cucaracha Cup game against Doncaster Rovers has also been announced. That will take place on Wednesday September 20th, kicking off at 19.45.

The League Cup game has not been selected for television, but there’s bound to be a dodgy stream somewhere.

Back three again, Ozil not in the squad: Arsenal v Sp*rs team news

If it was us in the CL on a Tuesday it would’ve probably been moved to 5.30 on the Saturday.

Sky pissed they couldnt fit in another Sunday game for us

Of course it gets rescheduled for them. We never benefit from schedule moves

Yes. Because we are a midtable team. They are in Champions league.

Me2
Reply to  Eli

I do not understand why this has been thumbed down. We are not in the champions league and we were almost as close to the bottom as we were to the top which makes us pretty much mid table. It just amazes me that so many are incapable or unwilling to accept the fact that Arsenal are a club in decline. If supporters continue accepting this then the manager will be allowed to continue in his cushy little job, not having to worry about results or performances and the money will keep rolling into Kroenke’s bank account and the decline… Read more »

Anonymarse
Reply to  Me2

get a grip lol club in decline? first time they haven’t been in CL now its the decline of AFC? Closer to the bottom then the top? are you that mental?

Willing to bet we won’t make top 4 this season.

We should get a statue of that pose built outside the stadium….

Do we play Europa less than two days before the NLD, then?

Thanks. This had me confused:

Jeez Louise! I hate the other mob as much as the next Gooner but FFS, it goes both ways… Whats with the blinkers guys….
We have had fixtures changed for us and will again. Regardless of gravity of cup competition, there will always need to be flexibility.
Come fells’s, bigger picture….

BTW, we allegedly play our first UEFA Cup tie on the 14th which makes it a Thursday by this calendar and that means there is NO way we will be playing ANYONE less than 38 hours later……
Surely?

Can’t wait to see the youngsters in the Chupacabra Cup

I\'m Professor Ignorance, on that subject
Reply to  MrBure

I hope Wenger educates them on the importance of defense in order to win the Chlamydia Cup. Many youngsters are prone to getting carried away and forgetting the importance of protection in their effort to score.

Chupacabra! hahahaaaa! The funniest thing I read all day, thank you MrBure

At least this is not bad news.
Arsenal are synonymous with bad news recently.

Hope they don’t buy Aurier, he is one good right back.

And a gooner if you remember the Twitter thing the year we signed debuchy I think.

Correction : “However due to their Champions League defeat that week”…..

Cockroach Cup! Made my day blogs

I know I’m lazy and don’t look at the fixture list much, but it would be nice if the article could say whether the game is home or away.
It’s even more important with cup draws – ‘we’ve been drawn to face …
(e.g. Doncaster)’, but is it home or away?

Dodgy stream?? Come off it Bloggs. You with the “Man” now???

League Cup game will be £10/£20 – screw the dodgy stream, let’s pack out the stadium and cheer on our youngster!

Last time the derby was on my birthday, we stomped the chickens 5-2. Fine by me!