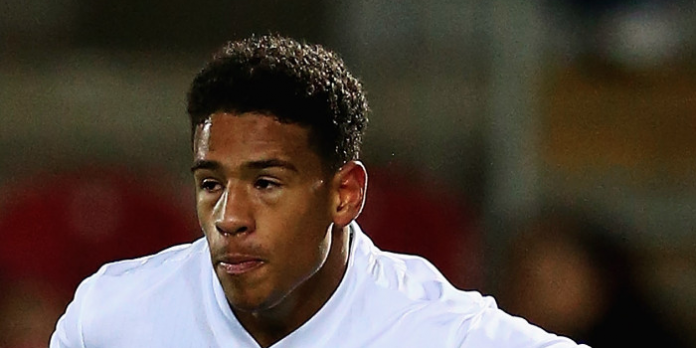 Some of those departures were rather unexpected but they did help to address the issue of Arsenal having too many players in their U23 squad and, inevitably, there will be other youngsters that will now benefit from additional playing time.

Chief amongst them will be Marcus McGuane and Josh Dasilva.

McGuane (pictured), who usually plays as a defensive midfielder, is composed in possession and can break up play effectively.

This week he was linked with Juventus and Manchester United, who are monitoring his situation as he has less than a year remaining on his contract.

However, the 18-year-old’s focus is very much on Arsenal for now and he will hope to become a mainstay for the second-string this season.

Although he may not be the most high-profile youngster on the club’s books and is yet to fully establish himself in the U23 team, McGuane’s composure and ability to remain unfazed under pressure have seen him earmarked as an exciting talent.

Dasilva, meanwhile, has enjoyed an interesting rise having started out as a striker before being moved into midfield, while he has also filled in as a defender at times and was deployed as a left wing-back in the U23s’ 4-3 victory over Manchester City this week.

A powerful player who is tactically aware, Dasilva made the bench for Arsenal in the FA Cup and the League Cup last season and will hope that further first-team involvement will follow in the near future.

Whereas Arsenal made several foreign signings when Andries Jonker was academy manager, that hasn’t been the case this summer as there has been just one new arrival in Irish midfielder Jordan McEneff.

Arsenal certainly seem focused on developing the youngsters that they have at their disposal already as opposed to bringing in new talents from elsewhere and it seems clear that they are eager to give English youngsters chances at youth level, perhaps more so than in recent years.

McGuane and Dasilva are likely to be two of the main beneficiaries in that regard and the pair are certainly two players to look out for in the development games this campaign.

so the under 23s has got to many players aswell, what next, to many tea ladys ha ha ha

Fortunately having players in the last year of the contract is an ideal situation, because it makes them more motivated and stuff

I wish Wenger had left.

So we really are badly managed from top to bottom.

I don’t understand a single thing about Arsenal’s decision making. Give an under performing manager a new contract. Give him two years when it is clear that team rebuilding and trimming is only done in the summer – and in six days the first of these summers has ended and he has done absolutely nothing. Allow us to enter a new season after the car wreck of last season despite the fact he has done NOTHING to correct the mistakes of god knows how many previous years. I cannot see one reason for keeping him on – we have a… Read more »