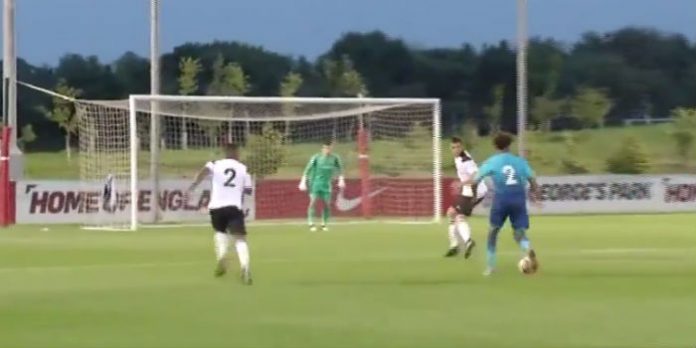 Jack Wilshere played 73 minutes for Arsenal’s under-23s as they staged a second half comeback against Derby County in their opening fixture of the new Premier League 2 campaign.

The Gunners found themselves 2-0 at the break before Reiss Nelson took the game by the scruff of the neck. The attacking midfielder, who has featured regularly in pre-season for the first team, connected with a cross from The Jeff to reduce the deficit.

Not long after he collected the ball in the Derby half, charged at the box and found the top corner with an exquisite finish.

With the Rams on the ropes, Eddie Nketiah, another who featured in friendlies in Sydney and China, found a late winner.

Kieran Gibbs played 45 minutes and Francis Coquelin came off at the same time as Wilshere; no doubt all three will be pleased with the chance to get game time.

The under-23s next face Manchester City at the Emirates on 21 August with Platinum, Gold, Silver, Red and Junior Gunner members NOW able to order FREE tickets to the match up until Wednesday 16th August 2017 at 9.30am (Membership cards will be activated)

There used to be a kid who used to score these kind of goals weeks in week out. His name is Serge Gnabry, I am still bitter we let him leave.

Get a grip. Gnabry just got taken off on the 70th minute for Hoffenheim against Liverpool after doing pretty much fuck all.

Really hope he gets a chance in Europa matches, and makes Thursday night football something to look forward to

(Beauty of a second goal)

Yep, opened up the shoulders to the goal, reminded me of your namesake Tel.

What position did he play? Seems a little strange that he was given the number 2

We played a 3-2-4-1 with Nelson as a the right sided wingback/winger. Im the 2nd half he moved to RW properly with a 4-2-3-1 formation and then demolished Derby.

It’s possible he might turn into something really exceptional.

holy f what a goal

Too early to pile to the pressure on and we’ve seen many young talents like him fail to make the massive step up to first team regular. But he is on another level compared to the other kids we have coming through. I’d love Wenger to give him the chances he gave Iwobi because I think he can certainly make it if he keeps his head down and works with the coaching staff.

Can we afford to ignore this kid? He needs to be at least semi-featured around the first team this season. People talk about a lack of options at wingback. IF Ox holds left side with either of Monreal or Kolasinac, then Nelson can back up Bellerin. The Spaniard’s working back into form and it would be useful for the youngster to push him. I think there is room for Ox, Bellerin and Nelson to rotate. IF Nelson plays. we need solid cover at Right sid of back 3, probably Mustafi IMO. But he has both the pace and trickery to… Read more »

As far as Ox is concern, I would let him know that playing inverted at left side should not be seen as a predicament. Mahrez plays right side inverted (he is predominantly left footed) So the Ox has to just learn to be able to cut in and put it on the plate with the right foot. There is opportunity to switch as well, as we saw Bellerin moved left side against Leicester so Ox could place with right foot more traditionally (for Giroud) Players need to adopt a more nuance approach to a “guaranteed position” There is less of… Read more »

Jack has 3 options : 1) Sold on if price is sufficient say 8-10m 2) Loaned out (again) 3) Stay and play on periphery of team (avoid injuries) If the third option, he can be a huge asset still but just not guaranteed to be available. Wilshire is one of the few players at the moment (alongside the recovering Santi with indefinite return date), who can dribble through the middle. He doesn’t hold the ball as well as Santi does but if he goes on a run, he can be difficult to stop ala Diaby but a low centre of… Read more »