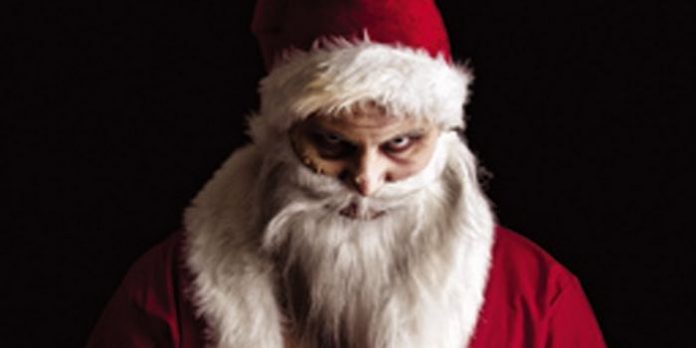 Last month it emerged that Sky Sports had requested Arsenal’s game with Liverpool, originally scheduled for December 23rd, be moved to Christmas Eve with a suggested kickoff time of 4pm.

“I really cannot imagine that anyone wants to watch football on that night.”

Yesterday, a meeting took place between executives of the Premier League and the FSF (Football Supporters Federation) with representatives of all 20 top flight clubs there.

The issue of Christmas Eve football was raised, but the best we got was that Richard Scudamore made a commitment to have no 4pm kickoffs on that day, rather than no football at all.

The television picks for December will be announced on October 19th, but it will be a further week before fans are given any Christmas Eve details. Given the time of year, the difficulties of travel on the 24th, and the fact that time zones mean this could be a Christmas Day game for some people, it’s another demonstration of how little the broadcasters care about fans.

At today's PL/FSF Fans Group meeting Richard Scudamore commits to no 4pm KO or later on Christmas Eve. Fans from all clubs represented 2/4

December PL TV picks will be announced 19 Oct but Xmas Eve games & beyond take another week to confirm. 6 week notifice period to meet 3/4

What I don’t get is why Sky think this is a good time to put on a game from their point of view. Surely their audience figures are going to be crap if they put it on Christmas Eve instead of making it the 12.30 kick-off on the Saturday?

Because what else are they going to show that going to get more views? It’s no skin off their back to do this and they will 100% get more views than they would otherwise…

But surely they’ll get fewer viewers on Saturday by showing something else?

I’m not sure why the viewership figures are that important anyway. Surely nobody signs up to a Sky Sports package on the basis of what game is being shown at any point in time – people sign up because they know the level of coverage they’re going to get.

I\'m Professor Ignorance, on this subject
Reply to  Crash Fistfight

They might lose some viewing figures for Saturday, but they’ll still gain a lot more by moving the date. That’s my guess, anyhow.

Stupid right that money licking bastard? We will 100% watch the game no matter when they broadcast it. Why need to ruin ppl christmas?

From the Daily Mail in 2012. “The most popular answer to the question ‘What do you expect to be doing on Christmas day?’ was the response ‘Watch TV,’ with more than three our of four of us planning to spend at least some time in front of the telly.”

Our game should remain unchanged on December 23rd, but I doubt it. We know TV broadcasters don’t care about the fans.

Just like any other profession, the ones making the decision are the ones that aren’t effected by it. Sky execs will be at home with their families counting their stacks.

They opened with an unacceptable prooosal and got stakeholders to “compromise”. Xlassic negotiatioms strategy succeeded in moving the goalposts. You will see Christmas eve night games before you know it. Also, massive audience of secular and non-Christians, especially when factoring in worldwide viewers. Christian Europeans (because Klopp, et al.) should not make the mistake of assuming everyone shares their values. I am sure _plenty_ of supporters would welcome a high profile premier league match on an otherwise barren day in the sporting schedule. Just Capitalism at its “finest.” Ask any of my fellow Americans. We have college and NFL football… Read more »

I\'m Professor Ignorance, on this subject
Reply to  Jasonissimo

Yup, and after a couple years of it in a row, it becomes advertised as “a Christmas tradition”. And you can’t go against that, unless maybe you are part of the War On Christmas, which is basically unAmerican.

Jasonissimo
Reply to  I\'m Professor Ignorance, on this subject

Oh, yeah! Businesses only care about holidays to the extent they can use them as marketing tools. Truth.

Even a 1pm kickoff will mean a midnight viewing for me. Which isnt ideal just means I goto bed at 2am, and kids will have me up at 5… Cranky dad that day!!!