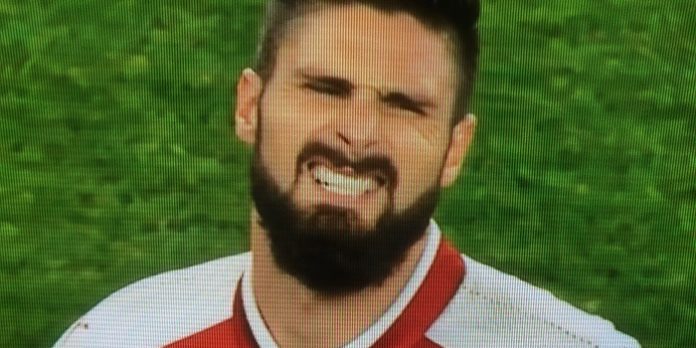 Arsenal were held to a 0-0 draw against Red Star Belgrade (RSB) and it was a rare performance where Arsenal dominated nearly every statistical category but just failed to create the big chance breakthrough that would have won the game.

Arsenal dominated possession 640-360 passes but crucially struggled to get the ball forward: Arsenal’s most active players in terms of passing were Debuchy (93) and Coquelin (82) while RSB’s most active passer was their attacking midfielder Kanga (53). Wilshere was ostensibly Arsenal’s designated playmaker but while Kanga had 53 passes for RSB, Wilshere only managed 48.

Arsenal did have 9 key passes and it was a whole team effort – only Ainsely Maitland-Niles (2) and Wilshere (3) had more than one key pass for Arsenal. Both of Maitland-Niles’ key passes were good scoring chances for Giroud – one in the 9th minute and the other in the 63rd minute. As I mentioned above, Arsenal didn’t create a single big chance – these are the one-v-one chances where you expect the striker to score (they actually score at a 50% rate) – but RSB created two of them. Both shots were by Boakye and he missed both of them, much to the relief of Macey and the defense.

The big surprise stat was that Arsenal attempted 35 dribbles in this match. As you know, this is a stat I’ve been interested in all season because Arsenal used to lead the League in this category (or at least be near the top) but have dropped off significantly this season and are down to 9.4 successful per game from last season’s 12.1. But in the Europa League, Arsenal are back to being one of the most prolific dribbling teams and are 3rd with 14.8!

This is almost all down to the young players facing a great red wall. Jack Wilshere attempted 10 dribbles today (won 5) and Ainsley Maitland-Niles added 4, Reiss Nelson 6, and Freddie Nketiah attempted 5. The three young players, however, were a bit wasteful in possession and only got past their man 5 of 15 times (combined). Nketiah and Reiss Nelson were especially wasteful and only won 3 of their combined 11 attempts. I applaud their youthful vigor but this is a skill that builds with time as the player learns how and when to take on an opponent rather than just trying anything to see if it will come off.

The lack of quality shooting was probably self-evident but using my own expected goals formula I get 0.89 for Arsenal and 1.29 for them. Arsenal took 11 shots and 0.89 shows an awfully low shot quality for the Gunners. To give you some context, the Liverpool match is widely considered this season’s low water mark: Arsenal took 8 shots in that match and had an expected goals of just 0.59.

An uninspiring match perhaps. Or maybe for a lot of these youngsters this was their first taste of a cynical opposition choking off space inside the 18 yard box. Either way, it was a match that cried out for a little quality and saw none. And yet it’s hard to complain: 10 points from 4 matches means Arsenal will move on to the next round where they will face Barcelona.

Most likely Atletico Madrid or Borussia Dortmund. Although I wouldn’t put it past UEFA to find some way to make us play PSG, Bayern, Real, Barcelona, and Brazil’s 1970 World Cup team all at once.

But only after that combined team had conspired to lose 10 – 0 to the Spuds by playing like a Sunday league side, thus enabling the British press to cream themselves, likening Deli Alli to Pele and proclaiming Sp*rs as Champions League winners elect.

I love stats and especially the 7am ones. But they don’t tell the full story and sometimes it’s a matter of definition.

AMN “created” a big chance for Jack in my book .. Thats was the best chance of the game surely saved on the line ? And it wasn’t even registered as one or even a keypass?? Anyway thanks , keep up the great work.

Brendan from NY
Reply to  lettra

AMN needs to go. I dont dislike him. I HATE him and his style of play. He relies on his pace for make up for lack of alterness or care with the ball. He thinks he is better than he is. Hard enough to watch Ozil and Sanchez gesture frustration to teammates, and they are world class. AMN gestering when he doesnt get the ball on the wing is not acceptable in my book. Sell now. please

Nketiah got 32 minutes at the end of the match and didn’t score six goals. His scoring rate has plummeted. How the mighty are fallen…

A different George
Reply to  Pedant

Brought him on way too early.

8 shots inside the box and only 3 shots on target from the 11 total shots. Bigger banjo required.