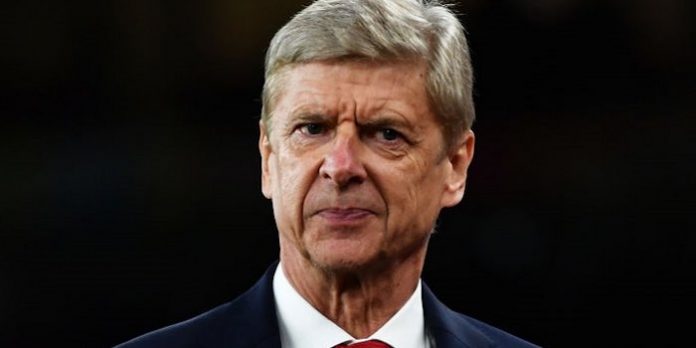 Arsene Wenger says the Premier League should be more mindful of their fixture scheduling as he believes it’s unfair that certain teams get more rest between games than others.

The Gunners face Southampton at Saint Mary’s at 12pm on Sunday just three days after their 6-0 win over BATE Borisov. In contrast, our opponents will have had a week off.

The timing of the match appears to have been dictated by BT Sport who have selected the game for live broadcast in the UK although our Europa League participation has also played a part.

“I have nothing against the fact that we have to do that [play at 12pm], as long as our opponents have the same recovery days,” noted the boss.

“That was not the case last week and will not be the case again. Between three days and five days is a big gap on the recovery side. If we have to play every day I don’t mind as long as our opponents do as well.”

“I think there is a job there to respect the fairness of the competition,” he added. “If you look at it, I think many teams don’t fight on an equal front on the recovery side.

Given the boss has been rotating his squad between league and cup competitions, there really shouldn’t be any excuses for our ability to cope with the upcoming schedule.

Moreover, when you look at the gap between our game against Liverpool on 22 December and the trip to Palace six days later, we actually have a bigger rest period over Christmas than any other Premier League side.

I would agree if we were in the CL and playing the same players midweek as at the weekend.

but you wouldnt agree on principals

He’s not talking about the scheduling just for this week, or just this year.
TV in particular and the PL in general, do not arrange the games on a fair timing/scheduling basis and that should have been sorted out 15 years ago.

I wonder how often it works in our favour too which probably slips under the radar. What goes around comes around I think, it all evens out in the end.

Not often, but sometimes like around Xmas this year.
But he’s not saying we should have more time than any of our opposition, just a similar amount of time when possible.

You clearly haven’t been following Arsenal for longer than this season. This season we have it as easy as I remember. But Wenger still has a point. United had played on Tuesday and we played on Wednesday, before we played each other last Saturday. That gives United a 24 hours longer rest time than Arsenal. United didn’t have to play on Tuesday 28-th. Absolutely no reason why they should not have played on Wednesday (I think it was against Southampton). West Ham game has the same occurrence. Hammers have played today (Saturday lunchtime against Chelsea) and next game is against… Read more »

Wow you’ve got a great memory if you can recall the last 20 years and decide that it goes against us. Remarkable.

Several times we’ve played [email protected] after we’ve had Champions League game in midweek and they didn’t have a midweek game. That’s not fair in my books, especially as it is a derby.
With Middlesbrough and Bolton as well.
However, Mourinho’s the king of moaning and hypocrisy. He moans about, exactly what he does to other teams. He calls us and City “divers”, whilst he trained the king of divers… Drogba!

That’s not feasible. How can west brom and Arsenal have the same recovery time when West Brom are knocked out of all cup competitions before we’ve even hit the knockout stage of the Europa League?

Harsh reality is that missing out on Champs League congests the fixture list and reduces recovery. Simple math.

How does it? You play Thursday Sunday instead of Saturday Tuesday?

I don’t think we always play on a Sunday when it follows a Thursday match. It just a coincidence that we are this time.

We use to play Weds then Saturday. Now we play Thursday then Sunday.

Seems fair to me.

We can’t always be up against a team with commitment midweek as well.

The CL teams have similar problems, especially when they play PL on Sunday and CL on Tuesday.
We have had that problem many times over the last 20 years and the scheduling should have been adjusted as much as possible to allow for it. It can never be a case when all teams get the same, but why the early game on Sunday and not the late game which gives a few more hours recovery time?

We have never come across that problem. If your in the Europa League, you play your weekend games on a Sunday, always has been the case.

Five years from now, Eddie will win the Ballon d’or.
I can feel it…

I hope you’re right and he’s still with us.

Our boss always looking at the big picture….One of the greats for football.

Not a good idea to place excuses there for the players if they are crap at the weekend. I suppose Rambo could be tired after making the effort to go and watch last night……..

Did not feel like he was making an excuse. Felt more like he was answering a directed question.

A Different George
Reply to  Mistafi

Absolutely. For example, he was asked a question about how unfair it was for teams who had been knocked out of the Champion’s League to drop into the Europa, after teams like Arsenal had been forced to travel all over Europe to qualify for the knockout stage. He agreed it was unfair–but pointed out that Arsenal had always made that argument (i.e., for the 20 years we could not possibly benefit by it), but had always lost the vote at UEFA.

What excuses? He’s answering the journalist questions…
Plus, I think he’s retaliating to that mentally and physically retarded Mourinho, when
1-) he accused our players to dive and cheat in order to deceive the referee…
2-) Retardee accused Wenger of playing Mind games about injury of Lacazette… he fails to mention the fact that it was him that started (on Tuesday after Southampton game) that Mind game about Matic being injured and not available for Arsenal.
Apparently, didn’t fancy it when Wenger shoved a cucumber up Mourinho’s place.

I think he was responding to some earlier statistics that we have had in general the best benefit in terms of scheduling. Bring statistics it doesn’t take into account more subtle nuance like the teams we face. But its difficult to get everything right to be fair to the league. What we do have his a deep squad. What would help is the fringe players get sharp and provide options to current regulars. As I have mentioned before there should be no plan B. What we want are close to equal options. I certainly don’t think Giroud is a plan… Read more »