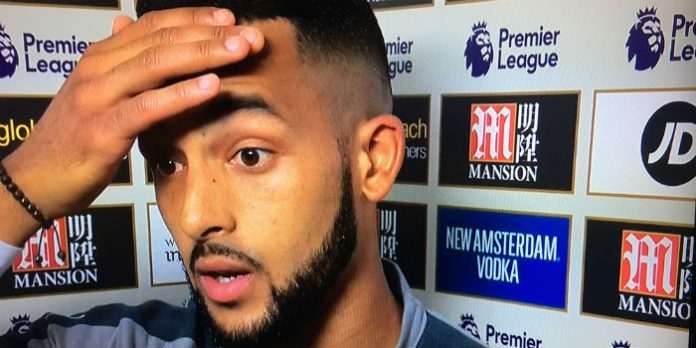 Everton’s interest in Theo Walcott has been made official with Sam Allardyce confirming he wants to sign the Arsenal forward.

Reports yesterday suggested that the Toffees were preparing a £20m bid, and at a press conference this morning the Everton boss made public his desire to make the deal happen.

SA: You're all aware of our interest in Theo Walcott. If that can all be sorted out, which is difficult, then he'd be a great addition.

“You’re all aware of our interest in Theo Walcott,” he said. “If that can all be sorted out, which is difficult, then he’d be a great addition.”

Arsenal are willing to let the 28 year old, who has just under 18 months on his current deal, leave during the January window. The two clubs are in discussions over a permanent deal.

He has barely played in the Premier League this season, and was not even called from the bench during the 0-0 Carabao Cup game on Wednesday night.

Let’s see if Arsene Wenger says anything about it when he meets the press this morning.

Still prefers Theo in this team to Iwobi.

Theo is 29 already? Wow!
25-30m should be more like it considering he scored 19 goals last season.

Walcott is the ultimate curate’s egg. A player who can either be a match winner or completely anonymous. Both dangerous and ineffective in equal measure. If he is honest with himself, he has never reached his potential. Wenger has not been able to get him to play consistently. Very frustrating all round. The fee is cheap in today’s market – yet again Arsenal seem to get skewered when they sell players.

Maybe the 100 goals mark was the limit of his true potential. Even when he was 21, it was all about his pace, timing of runs and finishing. He was always going to be one who flattered to deceive in a team full of technical individuals.

Cheap? I.d take a couple of bean bags and the cab fair to liverpool or Southampton for him

Or it is possible his potential has been exceeded and we built him up to be something he could never be, sort of like what we do with most of our decent talent

Said it so many times, but he should’ve gone years ago. Quite how he’s survived for 13 seasons at Arsenal is a bit bizarre especially when you think of some of the players that didn’t get the same preferential treatment and were moved on without getting anywhere near the same amount of game time as him. Had he not have been British and a marketing departments dream, I’m sure he would’ve been moved on much sooner. Regardless, I don’t think he will be ripping up any trees at Everton. See you round Theo, your best moment as an Arsenal player… Read more »

No matter what you think of Theo, no player deserves the punishment of having to play for Allardyce day in day out.

Not true.
John Terry does.

True but I think he meant Arsenal players

Same as Le Coq – can only wish him the best. He never materialised into the player we all thought he could be, but he still banged in 100+ goals for us and that is not to be sniffed at. I really thought he was coming on strong last season but he hasn’t done it this time around. It will be good to free up that salary too and chunk it into a deal for Ozil.

Gets far too much stick on here and will personally be sad to see him go. Thought he turned a corner last year as well but it’s not happened for him this term. All I’d say is that if I were him I’d be looking for a move abroad over playing for the Moyessiah or Fat Sam!

Why do English media state players’ age consistently incorrectly? Theo’s 28, he will be 29 in March. The same goes for Iwobi, who is 21 and will be 22 later this year, and for many others as well.

Just curious – is it just perfunctory or do you count age differentely?

3 – It’s just another way to refer to a player beyond their name/surname, their position etc, so you don’t repeat yourself.

Iwobi is English really, he moved here age 4 and was schooled here. British Nigerian if you will

Arsenal are willing to let Theo Walcott, who has just under 18 months on his current deal, leave during the January window. Theo Walcott’s current club and Theo Walcott’s suitors are in discussions over a permanent deal for Theo Walcott.
Theo Walcott has barely played in the Premier League this season, and was not even called from the bench during the 0-0 Carabao Cup game on Wednesday night.

Walcott epitomises the easy going no pressure culture at arsenal. He could’ve been so much more but it he seemed happy just to pick up his 140,000 a week.

The epitome of Wengers obsession with being right and his immovable self belief in his ability to turn sows ears into silk purses. That it has taken 12 years for him to see that Walcott doesn’t fit into a team that wants to play passing football beggars belief. He might well work for Allardyce with his long ball and a big man knocking it down for Walcott as it is when he has time to think that Theo comes unstuck.

Not everyone turns into stars

Very true. But after almost 13 years and many other young players with arguably more potential sacrificed at the alter for opportunities they never got but Theo got in abundance, it’s been clear for many many years he’s not good enough for a CL side (which admittedly, we’re not now). I even remember that time Wenger took his desire to appease Theo so much that after almost a decade of saying he wasn’t good enough to be a CF, he indulged him for a year and tried to force him into becoming a CF that even Theo himself had to… Read more »

While I agree on that sentiment that alot of young players were sacrificed in terms of opportunities but I think his potential was great in terms of raw athleticism. Of course injuries didn’t help. I would have to agree Arsenal should have gotten rid of him before he signed his last contract or even a year or 2 before that. I guess I would have not given up on him in his first 5-7 years. Lets face it I know its wrong but favoritism happens in all walks of life. Obviously he was AW favorite. He just couldn’t give up… Read more »

He’ll do much better in a counter attacking team like Everton under Allardyce. Could work out well for everyone involved.

PLEASE….can we get some replacements in before we let people go!!!! Or maybe we can wait until the last few hours of the window to see if we can get a few quid off

With a limit of 25 registered over 23 year old players (of which at least 8 must be ‘home grown’) and the possibility that a sale doesn’t get finalised, we could end up paying a player for not playing for half a season.

Haven’t you notice we’re terrible when it comes to negotiations?

Age and length of contract remaining are also factors.

I was never a fan of him since I never thought he was more than just another over-hyped british, but he surely deserved more credit this season then let’s say, Iwobi.
So now the Ox is gone, Theo is soon to follow and we still haven’t brought in anyone who can fill in the space in the right flank? This isn’t even settling for mediocrity, it’s just not giving a shit or being way too arrogant to fix those issues.

Potential lesson: don’t buy players from Southampton. Or at least change the people choosing which Saints players to buy.

One off the most frustrating players ever! Good luck Theo.

Give them Welbz too please. He is a total waste.