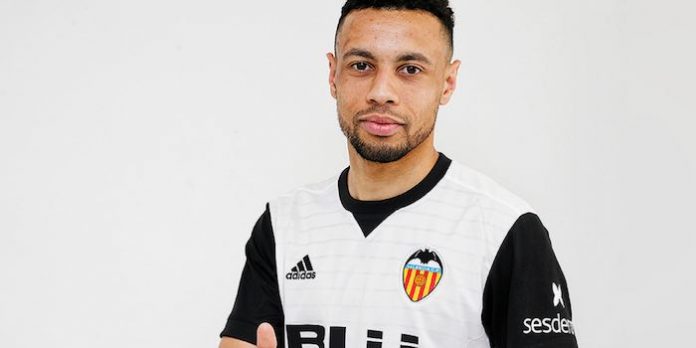 It has been confirmed that Francis Coquelin has joined Valencia on a long-term deal for a fee thought to be in the region of £12 million but which some reports suggested could be closer to £20m.

The 26 year old made 105 appearances in the Premier League for Arsenal having joined the club’s Academy a decade ago.

He spent time on loan at Lorient in France, Freiburg in Germany and with Charlton in the Championship before establishing himself as a regular in Arsene Wenger’s first team in the second half of the 2013/14 season.

This season Coq has played just 156 minutes of Premier League football, with the manager saying he’d been a victim of the formation change.

The Frenchman has signed a contract until 2022 with a release clause of €80m.

Francis leaves Arsenal with a worse scoring record than John Jensen. But we don’t hold it against him. Arseblog News wishes him all the best in Spain where he’ll join forces with former Gunner Gabriel Paulista.

Goodbye Francis, thanks for being one half of that brief but excellent Coqzorla partnership; made particularly enjoyable by the fact it came out of absolutely nowhere.

All the best to the Coq. Let’s hope Arsenal can now make an overdue upgrade in this department.

Thanks for the memories, Le Coq. Also sadly we will also miss out on the delightful puns regarding his name 🙁

One of the few natural tacklers in our team and always ready to put his body on the line – more than we can say for some.

And thanks for the comedy star-jumps…

I will always remember him sprinting off the field at full speed to allow the sub to come on ASAP, which represented in a way his team focus and commitment

Sometimes you just have to let go of your Coq.

Valencia finally got their hands on our Coq.

Credit where it’s due Francis, many a youngster that came out of the academy and lost their way find it hard to recover. Some injuries opened an unlikely door for you, and you made a mark. Like blogs says, you might have limited qualities but you always give it your all(playing with a broken nose comes to mind, he did go off after being on that broken nose hit by a ball later in the game). Respect for the mental strength and ‘dark arts’ you brought to the team. Your skillset will be missed in the short term atleast.

“Your skillset will be missed in the short term at least”

It won’t. He was almost always on the bench.

Next year Wenger will buy him back for the 80m release clause.

Gutted he never got his first goal with us. I’ll always remember him playing with a broken nose and getting hit on it twice.

I wasn’t sure between him and Welbeck, who had more goals. Thanks for the info. It seems to me now that Welbeck has more goals.

Big shame we won’t ever see his goal celebration. That would have been something..

And the one time he was sure to score some dude decided to be the second keeper and purposely kept the ball out giving us a penalty. All the best Coquelin

I wonder what the odds are on scoring on his debut for Valencia. Surely worth a punt?
Thank you for your service Francis and always giving it your all.

Good luck to Coquelin, could never question his commitment on the pitch or to the club. Always did what was asked of him, true professional.

Never hid, always showed for the ball and tried. Good luck to The Coq in his new home.

First played as a full back and worked his way into defensive midfield. His tackling ferocity made him a different option and provided balance back then. As Wenger says, he is a victim of a change in tactics, it feels also that he hasn’t struck up a partnership with anyone else. So something for Niles to learn from, the tenacity, professionalism and providing added value to the squad. And unlike Coq, make sure he is relevant by combining well with other midfielders by developing technical skills. Personally I don’t see too many issues for Niles on that front since he… Read more »

I don’t accept he was a victim of change in tactics, but a victim of Wenger’s disregard for Defensive Midfielders and always either trying to turn them into ball-playing centre backs or box to box CMs, like he has done for almost every single promising DM we’ve ever had post-invincibles.

Best of luck Francis. This is hoping you smash it in la Liga.

If there’s one thing you can say about the coq, it’s that he certainly had balls. Good luck Franny!

Farewell Francis and all the best to you. It’s strange not seeing you in our red and white.

Gutted he never scored for us but good luck to the lad.

I liked my coq. He was good at sliding and slotting in the middle and recovery with the balls. Yes he struggled at spraying it long and shooting wasnt his main point , but he was my COQ.

Gabriel seems to be killing it over there.

I was always wondering what will happen first: Coquelin scoring for us or Cech saving a penalty for us.. I guess now we will never find out..

Well there’s still a chance, an outside chance I grant you, that one of those things could happen.

I mean, Coq could easily knock in an own goal if we meet Valencia in Europe again some day.

We wish you success as you go, A player who is ready to give all his best for a club. Though injury never allowed you to reach your height, as you go now success shall be yours….

Interesting the hypocritical love in for Coquelin. He was lambasted on here by most pretty much every time he played. If its really close to £20m fee then I expect to see Gazides in cuffs. We robbed them.

I stopped being too critical of individuals at the club because ever since we built the stadium and became tight with cash Wenger had to play a lot of guys who we all knew weren’t at the standard we needed.

Coquelin was a good example of a guy who gave his best in a tough period for the club and raised his game to very high level for a while with Santi. Deserves a kind word or two.

That is soo true about the stadium years and players from that era. I will always love Coq for his energy and love of Arsenal he had/has. Good luck to him

Very much this. That City game he and Santi were both absolutely dominant. Santi carrying the ball through midfield and ghosting past players, Coquelin had some hard as nails tackles in that game as well. I’ll always remember Coq for that game alone. Wondering how the hell this “not good enough” loan cast off was storming around the pitch making people afraid of him.

Is it lambasting to call him solid but not exceptional? And if the top players are going for amounts in excess of £100m, why is a mere £20m (less than) too much for Coquelin?

If it’s actually 20m, that is an amazing deal. I just hope that Arsenal can now sign a midfielder who is top quality.

Always did love Coq’s passion for us and can never forget how he stabilized us when he came back from Charlton! Coqzorla just worked so well for us!

No-one will ever celebrate goals they didn’t score themselves as magnificently as Francis Coquelin. Bonne chance!

Fully expecting you and Gabriel to banter all of us off by helping Valencia qualifying for next season’s Champions League (they’re still in 3rd, 5 clear of Madrid!).

Goodbye Le Coq. We love you. You were a victim of Wenger’s failure to play to your strengths. We will always remember what you are capable of… The CoqZorla. Your release clause shows the level of trust Valencia has in your abilities. Thanks for your service.

Something tells me he’s gonna score a blinder on his debut.

That would be awesome. lol

Champions league football for coq. Next season. At Valencia..

How I already miss my coq. Excellent and cool headed professional. Did the best he could when called upon to the best of his ability. All the best man.

All the best, Francis, thank you for all the hard work!

Pleased for him that he’s made a good move to a club who clearly value his abilities and will be utilising him in the right way. An exciting new start for him and a nice intro on the Valencia site. I’m sure he’ll do well there.

Ohhhhh….now I get it. Coq sounds like cock!
God, he was shit.

My favourite commentary I never heard was “The defender’s Holding the midfielder’s Coq.”

It’s never a good feeling when you lose your coq

Even in the market these days getting 12 million for someone that was hardly playing is not bad business. If we can get 20 million for Walcott that would be good business as well. Let’s just hope it is all reinvested soundly.

Never will forget the impact he made after being recalled from loan, remained one of my favourite players after. God speed Le Coq!!

Good luck to him and thanks

Good luck, Coq. Learning Spanish should be no problem for a French speaker. Make it your club and your team.