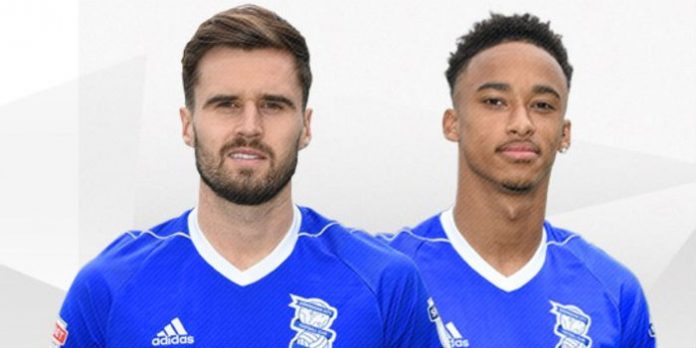 Arsenal duo Carl Jenkinson and Cohen Bramall are currently on loan with Birmingham City, but their futures at the midlands club are in some doubt.

Bramall has made just three appearances this season, while Jenkinson suffered an injury in August and hasn’t played since.

It has led Blues boss Steve Cotterill consider letting them go in January so he can explore other options.

“I think things will unfold this month regarding those two lads,” he said.

“There is probably discussions to be had from all quarters on that one.

“Nothing I can elaborate with you right now, if I am honest. There have been a few other things that have been pressing over the last nine days.

“Like four games and a fifth one on Saturday so there hasn’t been a lot of time to discuss those sort of things.

“Now the window’s open obviously things can happen and those situations we need to look at.”

Bramall made headlines this time last year, signing for the Gunners from the seventh tier of English football while working in a car factory. Clearly the loan move was made to help his development, but it’s a worrying sign that he’s not getting any game time.

As for Jenkinson, he may well have options if he can prove his fitness, but like his colleague doesn’t appear to have much of an Arsenal future.

Bramall’s got a neck hasn’t he.

That made me laugh so hard. I was literally thinking the exact same thing, then I scrolled down and saw your comment.

i just spat out my lunch

Would love to have seen them succeed. Not looking very likely.

Didn’t help them that the manager who brought them in (Redknapp) got dumped a few games later, coinciding with their lack of game time.

It’s a long and unlikely shot, but really hoping Bramall can still make it somehow. He was playing and starting until Harry left, then was pretty much sidelined.

Still hope he could make it as an LB, if at the very least to ensure AMN is played as a DM.

Well in all honestly it was obvious Jenkins wasnt going to make it even before he came back to try give it another shot and i have to say….I would prefer Bramall tries to make it somewhere else on loan and not to our expense. We are dare i say it, a top 4 club with aspirations (i know right) and if they don’t come in like Niles they are obviously not upto standards. I would unfortunately put Chambers and Holding within those brackets. They don have the pace and should become first choice CB’s on loan at a premier… Read more »

You do know Bellerin didn’t “make it” on his loan to Watford, right?

Exactly…same with Coquelin at Freiburg, Charlton and his numerous other loans. It is always about taking your chance should it come by defining the role to your strengths and becoming indispensable.

I think Bramall has a better chance with 3 at the back. Great athlete and very skilful. With the Carabao tie coming up, its an opportunity to go out and express himself.

Hopefully AMN will be playing CM.

Bramall played in the Carabao cup for Birmingham in an early round and is there for cup tied.

Thanks for clarifying…I was unaware.

He was good at West Ham before his injury. I think he had a fair chance at making it at Arsenal at least as a competent reserve at RB to push HB. The injury he had on his knee and confidence are his main problems.

I’m wondering what is the narrative of having AMN playing DM? He is only 20 I believe and I’m sure he is excited that at a young age he is earning minutes with Arsenals Sr team. Being trusted to play in a position that ins’t the norm for him.

The comment about Bramall making it to ensure AMN plays at DM? Are you saying we should just recall him now and put him on the Sr team so AMN only plays DM? Or Are you saying Arsenal will never buy or develop another LB because AMN will play their permanently?

The article is about the possibility of Brammal being recalled.
If he is, I would like him to play
If he plays, it will be as a LB/LWB.
If that happens, then I’d like to see AMN in his preferred position.

Nothing deep about it.

I would love to see AMN eventually get his shot at DM. He seems like a potentially good player if not great for Arsenal.

I read it as more like recall and send back out on another loan. I think its should be more like Monreal and Kola on the left side and bring in another CB for the season. Then AMN can move to DM for the rest of the season. I just don’t think Bramall is ready for the Prem but who knows.

He played one game before Redknapp was sacked. Getting into a training ground bust up that resulted in our goalkeeper breaking his wrist didn’t particularly help his cause

I had high hopes for the corporal Carl. Like Jack, he’s Arsenal through and through. ItI’d be such a shame if he’s considered not good enough for the club.

i thought he did pretty good at West Ham before his injury. To bad for that.

His confidence, and playing time, also dropped drastically after a certain star player in the team pointedly refused to pass him the ball during a match. Not to say he wasn’t having a bad performance prior to this, but such a public snub could not have helped him. Have never forgiven Sanchez for damaging the Corporal.

Would love for Jenks to come back and make an impact and earn a new contract. We need more Gooners in the squad.

Wish we took the money for Jenkinson after his first West Ham loan.

I always thought that Jenkinson would do better as a wing-back rather than a full-back and if and when Debuchy leaves maybe he could be decent cover for Bellerin?

As for Bramall, he needs to play games for a manager prepared to give him a chance, only then is it fair to judge him.

I thought Jenks was to slow for Wingback?

I agree I wouln’t want to throw Bramall out there in the Prem after coming from a lower division. He needs to build up his confidence. He was only brought in as a pure prospect based on his athleticism.

Jenkinson we should sell . NOt at technical level required.

Jury still out on Bramall.

AMN has made better strides grabbing his chance.

If Monreal can back Kolasinac up for another season (proviso we find solution at Cback), then AMN can shuffle to right side to push Bellerin.

It will still be a wingback/fullback role but at very least its on his natural side.

Debuchy looks as good as gone and in any case shows wear and tear and is also wrong side of 30.

Bramall went complacent and distracted.
Jenkinson is inconsistent and not ready to grow up

Bramall doesn’t look very good and Jenkinson is unlucky to be injured. Hope they both find a club they’re happy at but it won’t be Arsenal.