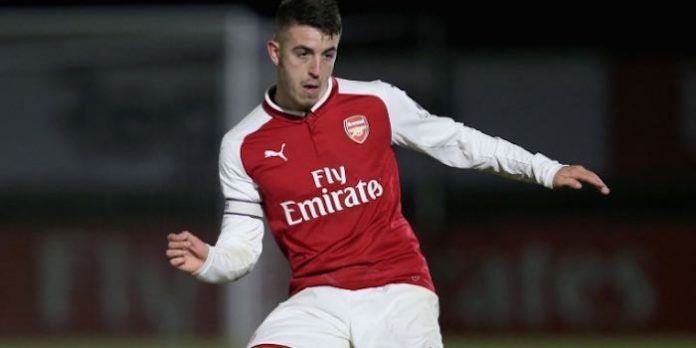 Young central defender Julio Pleguezuelo is set to join Nàstic (Club Gimnàstic de Tarragona) on loan for the rest of the season.

The 21 year has been a consistently impressive figure at youth levels, captaining the side on many occasions, but has yet to make the step up to the first team. He travelled to Barcelona today and will sign a deal with the Segunda Division outfit which will keep him there until May.

It’s his second loan spell in as many seasons. Last year he made 15 appearances for Real Mallorca, also in the second tier of Spanish football.

He’s the fifth signing in the January window by the Catalan side who currently sit in 17th place.

Fingers crossed he gets to play some regular football, and good luck to him for the rest of the season.

I’m still working on pronouncing mhktyrian’s name, and now this.

What has Bolton Wanderers got to do with Arsenal? Looks like you are one confused lad who has lost his way.

I feel like I’m always explaining this for people. The ‘Wanderers’ are the fans devoted to Michael Bolton’s music, who will travel (i.e., wander) anywhere in the world to see him and his hair. The Grateful Dead have the Deadheads. Michael Bolton has the Wanderers. Any reference to the team that once housed the degenerates Kevin Nolan and Kevin Davies is accidental. I’ve also heard that Bolton Wanderers are named after Michael Bolton.

I’d forgotten all about him. Still obviously very young for a centre back but I would think this is probably a make or break loan for his Arsenal future now, given the amount of youth we have in the position already.

Wish you well young fella! So when are we signing Aubameyang? I can’t help but feel excited..?

Have Arsenal ever had so many good young defenders at once?

Adams & Keown were in the same youth team

More importantly, have Arsenal ever had a defender with so many vowels at once?

Meaning Johnny Evans is coming then.

Uh. Yeah, that was totally my first thought, too. Evans is being brought in to captain the U21s…

I always buy this guy on Football Manager & he does great in the lower leagues, eventually plays in Serie A.

…I actually didn’t realise he was real & still with us…thought he was a generated player!

Good luck to the lad!