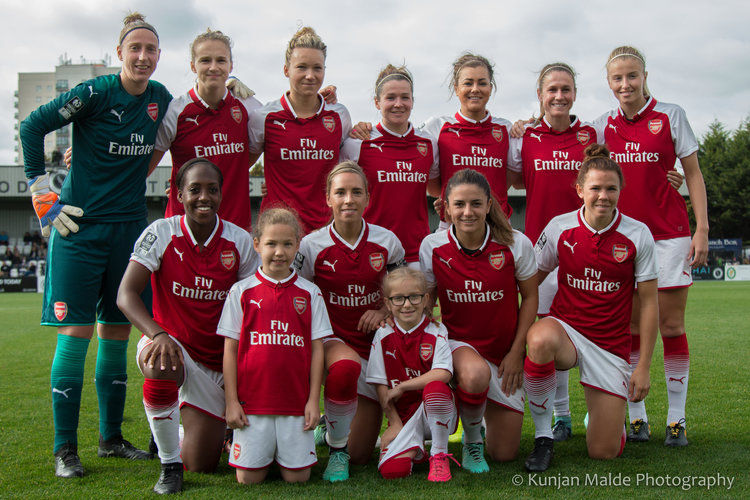 THE LOWDOWN
Arsenal Women travel to Solihull for Sunday’s FAWSL clash against Birmingham City Ladies. After last weekend’s shock 0-0 draw with bottom club Yeovil last weekend, the Gunners got back on track with a consummate 3-0 win over Liverpool on Tuesday evening, with goals from Katie McCabe and two from Jordan Nobbs.

The Blues always prove to be obstinate opponents- especially at home. They have not conceded a goal in 5 games now- taking in a 2-0 win over Manchester City along the way. Though Birmingham also suffered the ignominy of being held to a goalless draw at Yeovil recently (the only two points Yeovil have gathered this season have come against these two teams).

Birmingham are compact and difficult to break down- but Arsenal have not exactly been leaking goals themselves. Despite a number of defensive injuries, the Gunners have kept ten clean sheets in their last thirteen matches. Expect this to be a tightly fought contest in Solihull, with the Gunners in desperate need of points to keep their Champions League qualification hopes alive.

TEAM NEWS
Arsenal are without Josy Henning, Jessica Samuelsson, Lauren James and Anna Filbey. Vivianne Miedema continues to nurse an ankle problem and may be spared with next week’s FA Cup Final in mind. Alex Scott is unlikely to be involved. The Gunners’ diamond formation lacked a little punch upfront on Tuesday evening, so don’t be surprised if Danielle Carter comes into the time as a wide forward, with one of van de Donk or Kim Little making way. Carter and Mead have struck up a good understanding this season, both are comfortable playing as a wide forward, or playing through the middle and as a pairing, they have been able to confuse defences by switching roles in-game.

LAST TIME OUT
The Gunners won the reverse fixture 3-2 at Boreham Wood on the opening game of the season in an unusually open affair between the two teams. Birmingham twice took the lead and the Gunners went down to ten when Louise Quinn was sent off at 1-2. But late goals from Lisa Evans and Jodie Taylor gave Arsenal a breathless victory.

PLAYER TO WATCH
Jordan Nobbs scored her 50th and 51st goals for the club on Tuesday evening. Nobbs is Arsenal’s metronome in midfield and one of the finest players in the world. The Stockton-on-Tees born midfielder has boundless energy levels and a penchant for switching midfield play in the blink of an eye.

Her relentless tempo and eye for a pass will be key against a Blues side that will stay compact in a deep block. With a pair of goals on Tuesday, Nobbs should be feeling confident in front of goal again and her long range shooting could also be a valuable weapon against an organised Birmingham defence.

HOW TO CATCH THE GAME
The game takes place at Solihull Moors FC’s Damson Park and kicks off at 2pm. Adult prices are £7 and concessions £4. There will be live radio commentary on BBC Radio 5 Live Sports Extra. Match highlights will appear on the FAWSL YouTube channel on Monday evening.

COMING UP
We will have an exclusive interview with Heather O’Reilly on the site on Monday, as she talks about her time in England, what Arsenal means to her and the chat she had with Arsene Wenger on the day he announced his departure. We will also be liveblogging next Saturday’s FA Women’s Cup Final from Wembley, with exclusive match reaction from players and manager after the game too. Later today, there will also be an article with short profiles of each player for ease of reference.