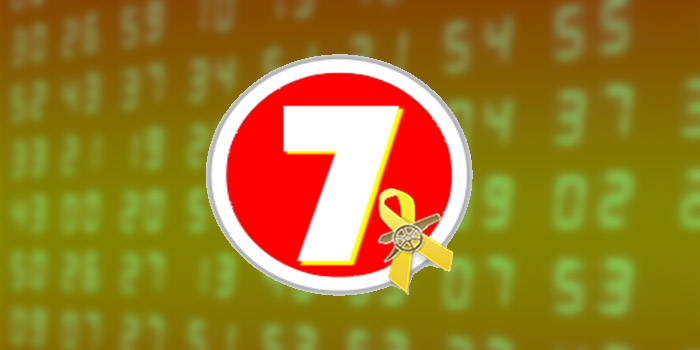 Arsene Wenger’s departure this month brought about the end of an era at Arsenal, the Frenchman saying goodbye after 22 years.

And there’s something similar happening here at Arseblog News as we say goodbye to a columnist who has been with us almost since the off.

Since the site began, more or less, Tim @7amkickoff has been doing his ‘By the numbers’ piece for us here on the site, but for various reasons he’s calling it quits and, like Arsene, I believe he’s heading off on a sunshine holiday with David Dein to drink fine wine and slide into the sea off the side of an expensive boat.

Either that or he’s going to spend more time making delicious baked goods which make me hungry when they’re on his Instagram.

So, in traditional style, here are some of the 7amkickoff numbers during his Arseblog News tenure.

314 – Comments and replies to readers underneath those posts

100% – Credit given to his sources at all times

∞ – Amount of times he explained xG in the comment section

3 – FA Cups won, making him the most successful stats blogger in the history of Arseblog

1 – Absolute commitment to providing these posts to readers despite juggling real life, work, and time zones that would make a bishop weep

1 – Reason why he does these By the numbers bits and not me because I can’t think of many more, apart from this last very important one:

1 – Sincere thank you from all the Arseblog News team for the work down the years. It’s been a pleasure working with you, Tim.

I’m sure our readers will agree that even if stats aren’t necessarily their thing, you’ve helped provide them with real insight and presented the info in a clear and entertaining way.

Please don’t forget that Tim has an excellent blog – 7amkickoff – which you should add to your reading list.

We’ll be announcing our Unai Emery in the near future.

Gutted!! Loved those articles and were some of my favorite post match articles. You’ll be missed Tim!!!!!!

Oh 🙁 I loved By The Numbers…

Never had any interest in the by the numbers articles other than coming here rather than Opta to see passes etc. But wish till all the best and thank him for his service.

Adios 7am. Your analysis made me love arsenal football and almost love quantitative data.

I Feel sad. The same level of sadness when the wenger news broke.
Loved your stuff tim. Appreciate it.

Wow some people love the drama

Please don’t think I am disrespecting Tim with my comment. It just needs to be put into appropriate context.

So how does this xG thingy works once again?

Thank you, loved your columns!

Are we getting a statsman from Dortmund?

More likely an unknown teenage French stats lad whose analysis of a small club in Ligue 2 has been so good he’s obviously ready for the big time.

We will miss u like crazy! I have loved your amazing articles and the best part about it for me is that they always leave me way more educated after reading them. In fact, at the end of every article of yours, I have always realized how little I actually knew before starting to read your wonderful pieces. I will most definitely miss seeing your wonderful articles on this blog. And I hope u stay happy always. Wishing you the absolute best! Sincerely, One of the hundreds of thousands of Gooners who have loved reading every numerical digit in your… Read more »

Thank you for your amazing articles down the years Tim. Really insightful and often entertaining to read. Loved them. You will be missed on the site.

Wish you all the best for the future!

Thank you Tim. Will miss you!

Thanks for all your hard work! You’ll be missed.

Shame, I’ve always enjoyed reading his stats pieces on the site. Best of luck to him with whatever he does next.

I always used your stats to argue with my friends Tim. Thanks for everything. Hope you love whatever’s next for you. Be that free time or more statsing.

Only the 7amkickoff column will be gone, no? Not his usual column on the blog or GOD FORBID….the ever awesome Gent? Right? RIGHT!!???!

He doesn’t have a usual column. I think you may be thinking of Tim Stillman? @stillberto

We have two Tims. And two Andrews.

Just one James though, when he’s not Jane.

You have it listed somewhere? If not I suggest you do one. Helpful for our new readers.

I will miss it. Tim makes me think that stats can be of a certain interest in football

Thanks for all your work. I always enjoyed and learnt from your analyses. I will miss these immensely. Fare well in your future ventures, Tim.

What a loss, good luck for your next journey Tim!

Tim, I’ll miss your insightful and always interesting posts. Best of luck wherever you go!

If you are ever up in Vancouver, please stop by Library Square Pub for a match!

You always made the numbers interesting and that can’t be easy.

have a great thing in whatever you do next..as a science student your blog was something which I could understand and enjoy..

Nooooooooooo!
Will be missed, my must read section every week. As a numbers guy I was delighted to read and understand the game by the numbers.
Tim is right: numbers don’t tell the whole story, but often they tell a story which we don’t see while watching the game!
Good luck Tim!

Many thanks for your excellent contributions!

Someone’s a bit to close for comfort…where are my IP lawyers? 🙂

Even when we have lost and I cannot manage to read anything Arsenal, I always read By the Numbers. Will miss you Tim!

If he replies to this comment, my day will be made! I will probably snipe it and have it framed! C’on Tim!

Oh no! Tim, you are such an awesome, sharp, charming voice for thoughtful, incisive analysis. It is a huge loss for us fans, who’ve enjoyed your free words so many mornings.

I’ve sensed some sadness and frustration from you these past many months (maybe from harsh criticism and divided fandom and stagnant Arsenal?). it’s made me sad to observe. I hope you refuel and enjoy some World Cup and dare I say it Arsenal 2018-19. And even return soon?? We’d all certainly appreciate it if you decided to.

Much like the above commenters, I’ve always adored the By The Numbers posts for the insightful perspective on the game (often spotting things I didn’t see, or giving concrete evidence for things I felt I saw, but couldn’t necessarily put my finger on).

More than that though, your wonderful sense of humor was always on show (and appreciated)!

Best of luck in your future endeavors! You will be greatly missed.

Sorry to see you go, Merci 7am

Cheers man. Your work is going to be sorely missed. Always entertaining and insightful

all the sad face emojis

Not a single dislike for a comment about Tim leaving, you were loved.

A Different George
Reply to  Jeff

That was inevitable, wasn’t it?

Thanks. Numbers with a passion.

Can everyone leaving just do it in one day can’t take this weekly heartbreak anymore … All the best Tim we’ll all miss
PS: For one last time can you tell me what XG means

Good luck Tim. Your ‘by the numbers’ posts ignited my interest to stats and now I follow stats all around. Your way of looking stats, comments, and of course sarcasm set you apart. I hope the break is more towards your book writing and further association with numbers in some form in the future.

Just wanted to express my sadness that I will no longer be able to enjoy a fantastic column. I’m hoping this is one of those Rolling Stones type retirements and he / you will be back before too long 🙂 wishing the best of luck in his / your future endeavours and thanks for all the entertainment.

Can I replace him? in 5 years short i promise i will deliver the following stats, 5 – Times Unai Emery won the Premier league 0- Times Spxrs finished in the top 4. 2- players in premier league history with a more than 1 goal a game record (lacazette 1.32 goals per game, Aubameyand 6.45 goals per game) 3- Number of Champions Leagues delivered (most of any Arseblog stats compiler) 1367 times alexis loses posession in arsenal 26-0 victory over Man u in 2019 Cup Final. 123456789billion- amount of money Man City spend over next 5 years. 0- amount of… Read more »

Please offer him a new 10-year contract… Pay that man whatever he wants!

I’ll miss your columns Tim, and the revelations that come with reading them afterwards and realizing that in the course of watching a match I really could not all of the time recognize the influential (or detrimental) players, tactics, or general team performances.

Yours was the first post I’d catch up on after a match. I’ll miss you, Tim. All the very best for your future endeavours.

Goodbye and good luck for the future!

One of the must read post game (or whenever he posted stuffs). Too bad since it should be interesting to see the numbers under Emery this season onward.

Or perhaps, he will be part of the Emery’s backroom staff?? Sign da tign Tim!

Thanks for putting up those great posts even after some horrific defeats when most people wouldn’t have the stomach to do it.

Thanks Tim. Sad to see you go, best of luck!

This website uses cookies to improve your experience while you navigate through the website. Out of these, the cookies that are categorized as necessary are stored on your browser as they are essential for the working of basic functionalities of the website. We also use third-party cookies that help us analyze and understand how you use this website. These cookies will be stored in your browser only with your consent. You also have the option to opt-out of these cookies. But opting out of some of these cookies may affect your browsing experience.
Necessary Always Enabled
Necessary cookies are absolutely essential for the website to function properly. These cookies ensure basic functionalities and security features of the website, anonymously.
Functional
Functional cookies help to perform certain functionalities like sharing the content of the website on social media platforms, collect feedbacks, and other third-party features.
Performance
Performance cookies are used to understand and analyze the key performance indexes of the website which helps in delivering a better user experience for the visitors.
Analytics
Analytical cookies are used to understand how visitors interact with the website. These cookies help provide information on metrics the number of visitors, bounce rate, traffic source, etc.
Advertisement
Advertisement cookies are used to provide visitors with relevant ads and marketing campaigns. These cookies track visitors across websites and collect information to provide customized ads.
Others
Other uncategorized cookies are those that are being analyzed and have not been classified into a category as yet.
SAVE & ACCEPT
wpDiscuz
83
0
Would love your thoughts, please comment.x
()
x
| Reply