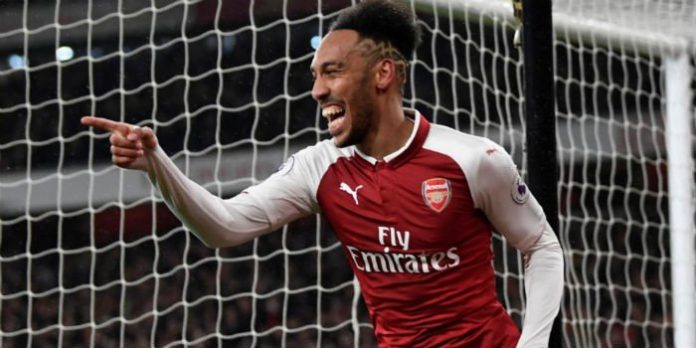 You know how people say “stats don’t tell the whole story”? I’ve noticed that what they really mean is “I don’t like this one stat.”

The problem with Alexis Sanchez, however, is that’s he’s not a striker finisher. He’s what I call a “second tier” striker. All players finish at a 10% rate. That’s average across defenders, strikers, mids, and keepers (lol). Alexis finishes at a 13% rate.

Kane finished 16% of his shots this season, Mo Salah finished 22% of his shots. And both of those players reached those high finishing rates without the benefit of a ton of penalties (Salah had just 1 penalty goal this season). The lower the finishing percentage, the more shots a player needs to score goals (you read that here first, folks, it’s my PhD thesis, right there). For example, Granit Xhaka took Arsenal’s 3rd most shots this season and he scored just 1 on 67 shots. That’s 1.5% finishing. I’d be ok if Granit Xhaka never shot again.

Arsenal haven’t had a clinical finisher at this club since van P*rsie, who scored 28/171 (we take out pens) in 2010/11. That’s a 16% finishing rate and that’s about what you need for a golden boot winner. That is to say: high finishing and a lot of shots.

What’s interesting at Arsenal right now is that we have two such players: Lacazette and Aubameyang. Lacazette scored 12 goals (open play, not pens) on 66 shots, that’s 18%. Aubameyang scored 9 goals on 29 shots, that’s 31%.

Now, before you get too excited, Auba isn’t a career 31% finisher. But over the last three seasons he is a 21% finisher, scoring 70 goals in league play alone over those three seasons.

Lacazette is also not a player who takes a lot of shots from outside the box, shooting just 34 times from distance over the last three years. But he’s also not a 6 yard box hound like Auba. He’s only taken 28 shots from there. As I think you’ve seen this season, Laca operates in that 18 yard zone, where he takes quick shots once he gets the ball.

Because they play a different style of game, I have a feeling that these two players could both score 20+ goals for Arsenal next season. It’s not unrealistic, the two of them combined averaged 180 shots per season over the last three seasons and combined to average 39 goals. If the next manager can get both of these players playing at the same level they were in the season before they came to Arsenal, you could see them score 47 goals on 184 shots. That would be quite the season.

One last stat that doesn’t tell the whole story but it does tell a hell of a funny short story: Alexis took 69 shots in 1508 minutes while at Arsenal this season but took just 19 shots in 1048 minutes while at Man U. He may have gotten his dream to sign for Man U, but on a personal level, a player like him, who was on the ball so often for three and a half years at Arsenal, this might be a nightmare for him to play under Mourinho.

The story of the season is Man City and their incredible 106 goals haul. But most folks probably don’t know that they also had 85 assists this season. And if we take out own goals and penalties from their total goals tally, Man City scored 97 “regular” goals with 85 assists. That means an incredible 88% of their total goals scored this season were from team play. That’s Guardiolaball.

But Wenger’s Arsenal were actually 2nd in assists this season with 59. Since the Gunners only scored 69 goals from open play Arsenal had a similarly high percentage of their goals as team goals, 86%.

Now, obviously Liverpool’s 80 goals scored is a much more desirable stat than Arsenal’s 86% “team goals” rate. I highlight it here as a playing style rather than as a metric which will predict future results.

Wengerball, like Guardiolaball, leans heavily on multiple players up top creating multiple chances for their teammates and so it’s no surprise that (like City), Arsenal had four players who were all around the same when it comes to assists: Mkhitaryan (9 – not all with Arsenal), Ozil (8), Ramsey (8), and Xhaka (7). This group with 32 assists is some ways off the pace of City’s gang of four with 53 assists but it’s also true that Arsenal didn’t sign Mkhi until January, and didn’t get Aubameyang – a ravenous goalscorer – until January either.

Aubameyang and Lacazette both chipped in 4 assists each this season and Aubameyang’s 10 goals is something really special. Few players are able to directly translate their work from one league to another so quickly but Auba took zero transition time and immediately started scoring and creating.

Arsenal were, as they almost always were under Wenger, at or near the top in terms of Big Chances created. And just to remind people, Big Chances are shots from very close range, with few or no defenders, or one-on-ones with the keeper.

In 2015/16 Arsenal led the League with 97 Big Chances created and this season Arsenal created 95 Big Chances – Arsenal under Wenger were always an attack-focused team. As you see in the chart above, this season Arsenal created 18 more big chances than Man U and 26 more than Chelsea. That’s around 0.5 big chances per game more than their rivals and shows that Arsenal have the correct offensive philosophy.

What Arsenal lacked was the finishing. Once again, just like 2015/16 when Arsenal lost the title because of poor finishing, the Gunners get the chances and simply fail to put them away. Arsenal scored just 40/95 big chances for a conversion rate of 42%. 45% is league average across all teams.

I expect Arsenal’s big chance creation to stay the same but that next season with Lacazette and Aubameyang in the forward positions Arsenal should see an increase in finishing percentages.

And you know what one thing Arsenal need to change?

Above is a chart for Arsenal’s away form in Premier League matches over the last three seasons. Season 2015/16 Arsenal played with a defensive midfielder in a two-man midfield: they created tons of big chance for themselves and limited opposition big chances to just 17 (this is for away games, mind).

Then last season, Wenger dropped the DM, tried that back three thing, and Arsenal both conceded twice as many Big Chances and also created four fewer. And this season, Arsenal have officially “crossed the line” meaning that the opponents in away games created more big chances than Arsenal did.

Teams were no longer afraid of Arsenal on their home soil. They attacked Arsenal’s soft center, created great chances for themselves, and handed out well-deserved beatings this season. More than anything, the next Arsenal manager just needs to shore up the Arsenal defense from front to back, the way that Pep Guardiola’s Man City do: Man City conceded the fewest big chances of any club in the league, 32. That’s 37 fewer (1 per game) than Arsenal, who allowed 69.

I would hire you if i were Arteta

But he is not Spanish. Guardiola picked Arteta. Xavi Alonso is being rumoured to be Arteta’s assistant.

Well…. hate to say it, but it seems to me that what we need is just someone stronger than Coq…. 😉

Interesting as always thanks. We would have won the Europa League if Auba was eligible to play.

(But don’t believe the shooting is a normal distribution, it’s not that scientific with mean, standard deviation etc).

You actually make stats exciting to read, well done.
Laca and Auba hopefully will do 50 next season combined

Defending isn’t just about tackles, it’s about letting in as few goals as possible. Maybe we can learn to approach it the same way that Man City do, rather than cry about how we can’t sit back.

Wish you had been my maths teacher growing up

Wow that is really interesting, makes you feel excited about the potential for attacking play next season (especially if we can tie Ramsey down to a new contract) but nervous about the new manager and their ability to maintain or build upon this positive attacking unit, as well as his ability to really sort out the defensive mess!!! We really do need a top goalkeeper, centre back and centre midfielder!!!

I really really hope we get one more player like Laca and Auba up top. TIMO WERNER is my guy. In a 4-4-2 I would switch between him and Auba mid game at LW and ST. Defending is about tipping the balance in our favour. If i were Arsenal’s opposition i wouldn’t like facing a team with Aubameyang, Lacazette and Timo Werner. I wouldn’t dare cross the half way line leaving my defence exposed to these guys. My full backs will stay where they are. This automatically makes defending easy for Arsenal. The only way the opposition will have a… Read more »

Atletico Madrid’s 4-2-2-2 seems very doable. It’s just that Ozil would not have a place in that team, the 2 behind the strikers must be like a Koke or Saul, hard working and yet creative midfielders. It would give Ramsey the freedom he seeks alongside Mkhi,as the 2 behind the strikers. Aruba to stretch play up front and Lava to hold up the ball (which I never expected him to be so good at) Get Xhaka a rue box-to-box player alongside him and we are set. I say box to box because we see Ramsey and assume ever box to… Read more »

Please forgive me for the spelling errors. auto correct is messing things up for me at work too.

Atletico have amazing defenders though, and mostly they just defend

No, this is exactly the approach that got us to where we are today. We need strong d and mids that can hold the center and keep the ball in the final third.

I think we have a great attack already and plenty of depth with Welbz and the young players. We need to give opportunities to the youngsters as well.

The rest of the team isn’t of the same standard. The defence is broken. If our budget is as limited as we have read I think that’s where we need to spend the money.

I so enjoy this column. Cheers. Not sold on Lacazette but hey, if we can add some solid through passing and service to get Laca the ball at his let’s say 10 yd sweet spot, he could score 25 next season, why not. Auba is my fave new Gunner in a long time. With his low intensity style of play he’s good for another 5 years. This plus the blog piece on Arteta bringing some ‘tude back to the club makes me hopeful for next season. A world class DM would make a big difference and if you need some… Read more »

Great article and fairly objective assessment of what went on this season. Would love to see a follow up article about defence and whether it was more a team issue or individual mistakes which led to big chances conceded.

Stats to show which defenders have a good effect on big chances conceded.

Probably a bit of both I would think. We seem to be a difficult team for defenders to play in.

Great work , I’ve been banging on about our frontline strikers /assistmen being among the utmost elite statistically and was called delusional among other things . Now I can link them to this.

Excellent read as always! Thank you very much!

I just think xhaka is going to be our next caption,

At least we still got FA cup winners record. Youre not special anymoronio.

Was only ever special in his own twisted mind

Would love to know how many individual errors contributed to Big Chance conceded, especially in open play.

7amkickoff, I think it’s about time you joined the Arsenal coaching staff

all we need was a rvp, vardy, suarez … couldnt land one striker….till finally gazidis, sven, raul all went…and paid what was asked…..5 yrs too late