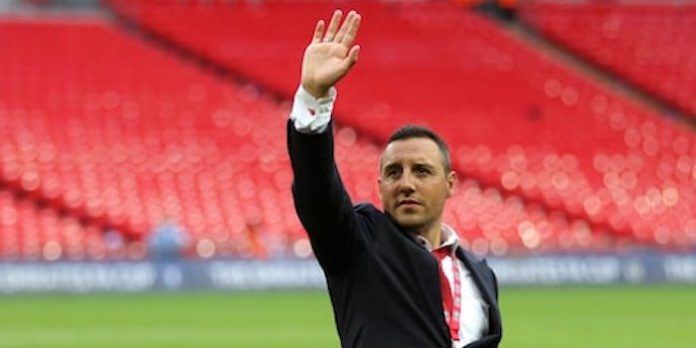 Arsenal have confirmed the list of players being released when their contracts come to an end tomorrow.

Of the 12 names on the list, first team departures include, Per Mertesacker, Jack Wilshere and Santi Cazorla.

The BFG is our new Academy manager, Wilshere is looking for a new club – possibly Fenerbahce? – having turned down a chance to stay, while Santi is training with Villarreal in the hope of resurrecting his career after 18 months out injured.

Recognisable amongst the youngsters are the likes of Vlad Dragomir, a mainstay in the under-23s last season, and Yassin Fortune, who joined from Lens at the same time as The Jeff.

Our resident Arsenal youth expert, Jeorge Bird, reported in June that Dragomir and Fortune were both offered new deals, so we can only assume they’ve turned down the chance to make a name for themselves at the Emirates.

In addition, the club have confirmed that professional contracts have been signed by teenagers Daniel Ballard, Dominic Thompson and Robbie Burton, while contract extensions have been penned by Deyan Iliev and Tolaji Bola.

It’s expected the club will announce the arrival of Sokratis from Borussia Dortmund in the next couple of days.

Dragomir? Thought he was quite highly rated.

That was referring to Wilshere

Kelly suggest you read it again

his agent today said that they are still in talks with Arsenal over a new deal, and that he did not care what list was announced on .com

I hope so, he’s really good and I was looking forward to seeing him progress to the first team, he’s one that I have big hopes for.

No big surprises, hope the youngsters do well wherever they move onto.

Santi, Per and Jack will be well remembered for what they have done for the club.

Adios Santi ? My favourite Arsenal player since 2012, a real joy to watch and certainly Arsenal Greatest player at the Emirates to date.

Wilshere must not leave he must F off. And take ospina

Haha. Brilliant. Thanks for the chuckle.

frank from Vienna
Reply to  Jason

the nickname says it all….

it would be a crime if u forgot santi’s contribution for our 1st trophy in ages!!!

It was a crime!

That moment will be replayed over and over again in every Arsenal compilation youtube video for the rest of time.

The responsibility lies with us, those who witnessed it, to tell the tales of the other less-glamorous times when the Smiling Spanish Magician carried us through dark winter away matches where a negative result was most often a long foregone conclusion.

One of them is lying!
Reply to  Lobster

And the Santi Cazorla song that’s chanted all througout the stadium. That would definitely be a miss!

I AM ARSENAL
Reply to  Lobster

That left peg strike against West Ham..The day Santi showed us a footballer can be perfectly two footed.

“Your coat Sir. It will stay there in the corner with your hat and the other legendary commentary quips like “wiltoooOOOOOOOoord!”

He had to shake that Laffy Tafari.

That would actually be some funny shit! Sol or Jack??

Sol of course but still if somehow out of the blue jack makes a U-turn regarding his opinion about that lot and join them,It will hurt,really hurt.

Can you imagine the Spuds’ reaction?
Probably somewhere around what would have happened here if our board had appointed Tony Pulis as manager…

Cech out my lazy arsenal pun name
Reply to  TeeCee

Not even in jest! We speak not of the tracksuited orc king

How anyone could downrate that, I will never understand…

what about armstrong okoflex and Arthur Okonkwo, recent reports suggest that both have signed on as scholars this season

What’s up with Cohen Brammal?

What is the deal with Mustafi?