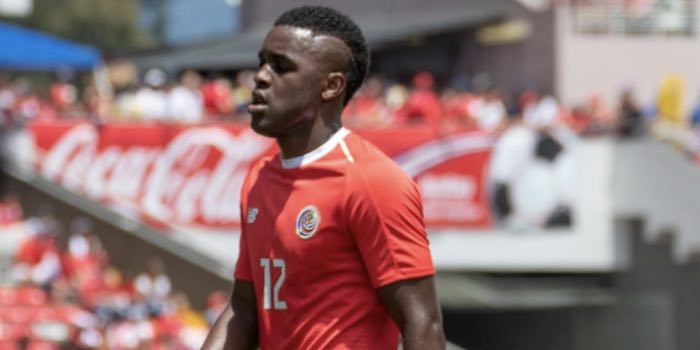 It seems unlikely that Arsenal will afford Joel Campbell an opportunity to resurrect his Arsenal career.

In the seven years he’s been a Gunner he’s only spent one and a half seasons actually competing for a first team place at the Emirates – the rest of the time he’s been out on six different loan moves.

With just days left on his current contract, the 25-year-old would be forgiven for having one eye on negotiations with possible suitors, however, he’s at the World Cup with Costa Rica…and, well, that’s important too.

Asked whether the chance to play in Russia could help him secure a move, the attacker said: “The World Cup won’t change my life, I don’t come here to show myself.

“I came to help my national team, everyone writes his own history and we have to look after group.

“I know about my contract and I know who I am. God has a plan for me.”

That all seems reasonable. Campbell didn’t actually start his country’s first game. He was a second half substitute as they went down 1-0 to Serbia.

‘What is today but yesterday’s tomorrow?’ – Mr. Krabs

It’s not krabs originally though is it,
It’s also a bublè song…

Tomorrow the sky will fall on our heads… but fortunately tomorrow never comes!

Today is the tomorrow we were talking about yesterday

It’s yesterday until it turns tomorrow.

The Island of the day before

Emery doesn’t even realise he’s in the squad

But, alas, top class guys don’t always mean top class footballers. Geres to Joel kicking on in Russia and securing a good move for himself at a club that will get the most out of him.

Get out while you can!