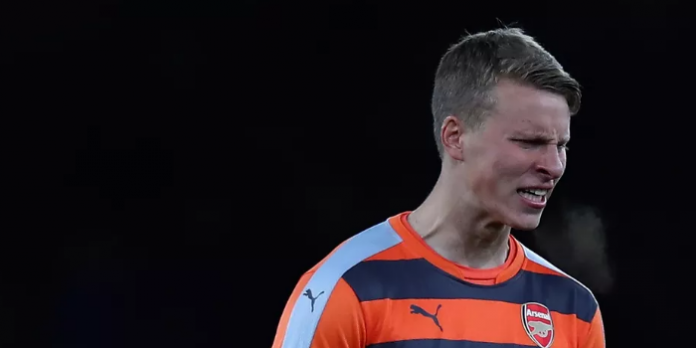 Arsenal published their released list on Friday, with three goalkeepers amongst the seven youngsters who will be let go when their contracts expire at the end of next month.

Alex Crean, who joined Arsenal in 2016, failed to fully establish himself in the U18 side, but the departures of Hugo Keto and Ryan Huddart are rather more noteworthy, with both shot-stoppers having previously been seen as very exciting prospects.

It is four years since Keto joined Arsenal and the Finnish youth international made quite an impact in the ensuing period as he made some excellent saves at youth level, while his kicking was also usually of a high standard.

Over the past year, however, Keto has seen himself overtaken in the pecking order by Joao Virginia, who broke into the U23 side last season and also performed superbly in the FA Youth Cup.

Virginia is widely seen within the club as having a genuine chance of eventually breaking into the first-team squad and Keto has found himself a victim of the Portuguese’s potential.

Signed from Charlton Athletic as a schoolboy, Huddart featured prominently for Arsenal at U18 level and then, at the age of just 17, was named on the bench for the first-team for two Champions League games against Anderlecht in 2014, although he didn’t enter the field on either occasion.

That proved to be as close as Huddart managed to get to the first-team as he was, rather surprisingly, set out on loan to non-league side Eastbourne Borough before returning to Arsenal, where he found himself having fallen out of favour.

Both Keto and Huddart will now hope to push on with their respective careers and establish themselves as first-choice shot-stoppers elsewhere, but, as far as Arsenal are concerned, it is an interesting time for the remaining young goalkeepers at the club.

Matt Macey is on the cusp of the first-team squad and, depending on what happens with David Ospina and Emiliano Martinez this summer, could well be officially promoted, while Arsenal have offered Deyan Iliev a new contract after the 23-year-old showed some significant signs of improvement last season.

If Iliev accepts that offer then it seems rather likely that he will be sent out on loan next season, which would allow Virginia to step up and establish himself as the first-choice shot-stopper for the U23s, despite the fact that he will still be eligible to play for the U18s next season as an overage player.

There is a new arrival for the U18s, with Estonian Karl Jakob Hein having joined the club, but Keto’s departure shows that matters do not always go your way when attempting to make the breakthrough, even if you are extremely talented.

Tis a shame.
But Viginia needs to rapidly put through to the first team. Haven’t seen a talent like him since Sir Chez.

Never quite sure if Macey is good enough.

Not seen Virginia myself, but if he’s that good and the plan is groom him then I’m OK with sticking with Cech for now.

Big ‘if’ I guess, but no reason why he can’t be playing first team for us in a couple if he’s the real deal.

Would Macey have to be registered as an overage player now?
If we do sign a new keeper, then surely Ospina, and one out of Macey/Martinez will be leaving.

Hi Jeorge, it seems that you rate Keto. Is there a comparable/obvious difference between him and Joao in their skills/potential then?

They have quite similar styles, although the main difference between them is that Keto has more of a tendency to make costly errors than Virginia does. Keto is still a good goalkeeper, though.

Thanks Jorge, and always enjoy your articles on our youth players.

This is a question for Jeorge. Given how highly rated Virginia is at the club, and with Martinez being no closer to first team football, is it likely that Martinez will be sold and Virginia to step into Macey’s position, with Macey taking the Ospina position if he’s sold and no one else is brought in?