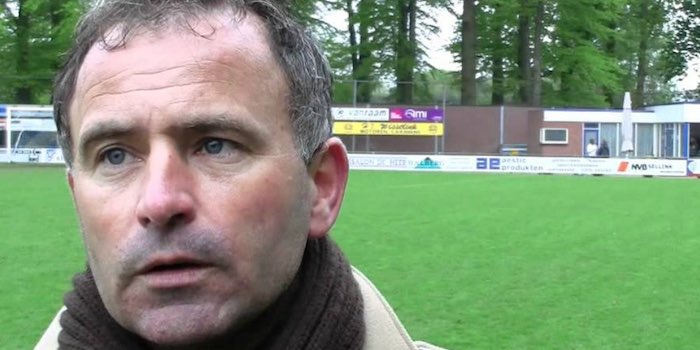 According to a report in the Dutch press, Arsenal are set to appoint Marcel Lucassen as Head of Football Development.

The Dutchman has been working as Technical Director of Football Club Al-Nasr FC in Dubai, where he was responsible for the club’s youth academy as well as supporting the Football Federation of the UAE when it comes to coaching.

He previously worked with the German Football Association, implementing structure within the youth sides at national level.

Lucassen said of his move to Arsenal, “What I’m going to do at Arsenal is to further develop the football philosophy, as I did earlier with Al Nasr and the German Football Association, and it was time to start working closer to home.”

He’ll begin his job on August 1st when he’ll be tasked with overseeing coaching and the development of young players from U9 to U23.

It’s another backroom addition, following on from the appointments of Sven Mislintat as Head of Recruitment; Raul Sanllehi as Head of Football Relations; Darren Burgess as Head of High Performance; and a number of other structural changes designed to bring the club into a new era following the departure of Arsene Wenger.

Looks like a man who knows his way around scarves. Excellent signing.

So what exactly is Per’s role? Figurehead?
Not that I’m complaining.

Wondering about that too. Could be this guy has a more administrative role …

The club’s changing for the better. No one man will go unchallenged and decisions will be made for the good of all parties. It’s been a long time coming. Per will be more than a figurehead and will focus on the coaching and mental strength side with being a world cup winner a massive help. All the new appointments are there to be a collective of ideas to come up with judgements and solutions to which we have lacked in recent years. Most of the issues and failures we have had in the last 6-8 years have been about indecision.… Read more »

My guess is that Lucassen role is more technical in nature, probably overseeing our youth coaching standards. BFG, however, is da boss who’s responsible for our entire youth system and philosophy.

It feels great to have actual accountable staff. In the past we have had no real leadership apart from Wenger but his idea of leadership was more along the lines of trusting players to find that inner strength themselves. Players like Ozil in the first team need leadership in management and strength from other individuals to motivate them. The new system should replicate that order through the club. Though this may cause some stagnation initially it should prove beneficial in the long run. Before people panic about the stagnation I am not talking about losing. What I mean is the… Read more »

Per was an appointee of Wenger! The closets are being cleaned! I personally thought that job was too big and too soon for him.

Presume he will be Pers boss? Develop that wet sponge on my dirty car BFG….

so this guy is new Jonker? so to visualize his role in the Academy structure?

no wonder we don’t have any money for players, bringing in all these backroom staff

Your constant negativity is annoying to me and yet I feel you are only like it because you care.

well of course I CARE, I am an arsenal fan through and through, I only want the best for arsenal, and its NOT negativity, its honesty, how can a team like arsenal have only 50 million to spend on transfers, and its true ozil plays shit for arsenal, anyone who thinks ozil is a good player for arsenal is deluded, he is not, but hey its ok to admit that you are wrong, no other arsenal website think that he is any good, I only speak the truth, people who don’t like what I say and thumbs down me, either… Read more »

How can you be so confident in your own (ridiculous) beliefs? Some of the best managers in world football think Ozil is a fantastic player. Are they all deluded? Or is it possible that you, some random bloke with absolutely no footballing expertise, are wrong?

And do you have any knowledge of how much the backroom staff even get paid? What makes you think it’s even from the same budget as transfer fees?

It would be one thing to be this arrogant about your own opinions if they weren’t so patently absurd. As it is, frankly, you’re embarrassing yourself.

no, its not all the backroom staff wages, its there wages AND OZIL wages combined, he might play better in a continental team, but he is crap playing in England, and if top managers think he is any good why didn’t they bid in for him, and my opinion is NOT ridiculous, the punters on tv are waking up to the fact that he is crap, as I said its only a few deluded people on here think that he is any good, weather its because arseblog might have said that he was good and people thought if he said… Read more »

You really are an idiot. Just sayin.

There’s a german connection here, maybe Per thought he needs someone with lots of experience. We have some very talented youngsters at our academy and we need to make sure they get the best, over the last few years that hasn’t looked to be the case, although Andries Jonker made a difference before something went wrong and he and Freddie left. The academy is set to become far more professional, and hopefully someone will look into the failure rate as far as loans go. It’s a difficult step from academy to first team football, but some of the loans recently… Read more »

Agree 100% about the loans. I feel some of those young guys have been cheated.

With the Gatting/Larriman situation still fresh in the memory, this seems like a move intended to improve the level of coaching/development our lads get.
I wonder if Mertesaker has an influence with this appointment?
Ampadu seems to have done a good job with the U18’s and must be a serious contender for the U23 job.

Talk crap on Ivan, but he is at least doing what he said he was going to do.

It’s nice to see changes that are obviously needed. Now let’s hope these appointments are the right men in the right places.