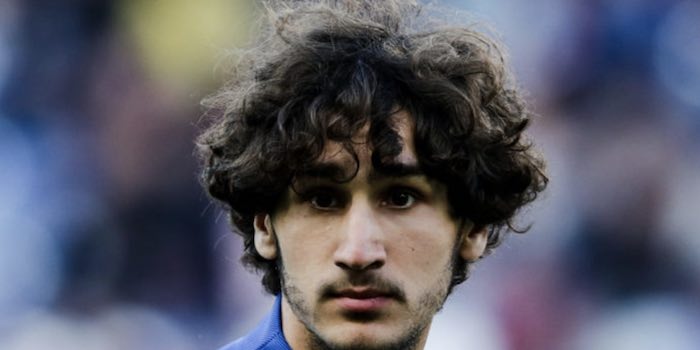 According to RMC in France, Arsenal have completed a deal to take Yacine Adli to the club this summer.

The 17 year old was linked last week with a move from PSG, reuniting with former boss Unai Emery, and the French news outlet say he’ll play his football in North London next season.

The Gunners will reportedly have to pay somewhere in the region of €200,000 compensation to the Ligue 1 side with from whom he rejected contract overtures.

He would clearly be a signing for the future, perhaps looking to make a breakthrough to first team football via the League Cup and Europa League as the new boss juggles those competitions with a need to be more competitive in the Premier League too.

The club announced its first signing of the new era yesterday, as 34 year old Stephan Lichtsteiner joined on a Bosman after his deal with Juventus ran out, and it’s expected that Greek defender Sokratis Papastathopoulos will be confirmed this week as Emery adds more experience to squad’s defence.

Good signing, nice to see the club still has pulling power for young talent despite us falling a little behind some of the other ‘big’ clubs in other ways.

Or could it be that we are back to a Stepping-stone-for-young-talents club like the ’07 – ’13 period with Wenger? That seems to be the Dortmund model now also.

Welcome on board… Pray that you don’t get injured…

An oldie followed by a youngster! seems like some kind of plan is afoot. Seriously I’m well pleased were getting our new players sorted early and moving away from the last minute dash and grab. With new players arriving I’m wondering what players were gonna get rid of.

Jasonissimo
Reply to  89 was fine

I’d wager Mustafi will be sold. His move to Inter was scratched last summer. I think he would still be keen to move.

It would be a loss despite is reputation because he has great experience and is coming into his prime. Assuming Papastapolous arrives, Arsenal would still be without a second seasoned CB until Koscielny is match-fit again. Which could be in November, but might be December. (Or never.)

*Papastathopoulos. I took a shot.

A signing for the future? Or supremely talented wunderkind ready for the first team? In any case, it’s a low-risk signing. Hope Emery finds a good way to integrate the talented young players we have on our books.

Kind of explain why they are getting old players. This will allow young players to take over next year or in two years. It is understandable for the defence (Holding is very good, he only had a confidence problem; same for Mavro). AMN should be a sub every single PL game the coming season. Having said that, other top teams get the quality of guys like Giroud, Ibrahimovitch to allow their young players to grow.

Giroud?? Since when do Chelski let their young players grow?

Don’t know much about this lad but glad we’re making moves.

I’m seriously loving the way the club has been moving these past few months. The way Wenger’s departure was handled, getting the experienced heads in early and smoothly. I understand that Sokratis and Stephan might not be the most “exciting” defensive signings, but who were the last “exciting” defenders signed in the premier league anyway, apart from Mendy? (and Lindelof – LOL). The only two current defenders who’d make people jump in the streets maybe are Koulibaly and Manolas. Let’s be realistic, the former is too expensive and the latter may very well not leave at all. The best part… Read more »

I’m really glad you can see a plan as I’m totally underwhelmed by everything that’s going on at the moment. However I must be patient and hope to see some sort of positive strategy. I find it all very depressing

Uuuh, have heard promising stuff about him. These are the ones I hope Sven’s magic will work out.
I do like what we’re doing atm especially as I’m a lot more confident that we will keep Rambo than I was when Arsène announced that he’d step down.
If we can keep most of the team together and add a mix of young talent and proven players plus getting in a new wind with Emery and his stuff, I’m really hopeful that this team can have a strong season.

You in Berlin? Where do you watch games?

Mostly at home. I don’t like watching games in bars that much.
But if you like to watch games with fellow gooners in Berlin, you should check out Blarney.
http://blarney-pub.de

I doubt we can attribute this one to Sven, seems as though Emery would have much more knowledge about Adli.

But Sven’s diamond eye has approved him.

According to the mirror it is actually Sven who is behind this signing. Apparently been talking to him for over ayear and was trying to take him to Dortmund before he came to us

He’s actually not a Sven signing but a Unai one. Especially as path to psg 1st team is clogged yet Emery gave him a debut

You best be getting that coat to burn it, you can stay with word play like that.

???? Put the coat back. You’re not going anywhere.

That’s harsh. You can’t even see his elbows in the picture, let alone whose face they’re stuffed into.

Yep one oldie and one youthy, 1 from column A and 1 from column C, now a couple from B would be lovely. Happy to see the tradition of trying to get the best youth is still going to be a thing under the new boss.

The mere fact that there seems to be a plan is so refreshing. Here’s hoping that in the near future Unai, Raul, Sven and Ivan will be sitting at the table, with the Premiership trophy, a 50yr old whisky and a fat cigar and Ivan will say “I love it when a plan comes together “

His facial hair is very much that of a 17 year olds.

Talented kid, even he continues on his path, he’ll be a world-class player.

Makes up for the loss of Mcguane

Club buys young unknown french attacking prospect, fans = “Hmmm, I know I don’t know anything about this kid, or overlook the fact I used to moan about the club always buying young unknown french kids, but this signing excites me. My imagination can run wild, imagine if he’s the new Messi? Now when as Arteta gonna be manager again?”

Give us Neymer for 2 million please

Gotta have some penny stocks in your portfolio. Welcome Yacin!

what happens to nelson then? might have to move welbz on

We finally got him, the one in whom we can pin all our hopes and dreams on. welcomme Yacinne!