According to Lega Serie A, David Ospina’s loan move to Napoli is complete.

The 29-year-old Arsenal keeper has been linked with a number of clubs throughout the summer, including every top-flight team in Turkey, but over the last week the move to Italy has come to the fore.

It’s believed the Italians, now led by Carlo Ancelotti, will pay us €1 million for the year and have the option to buy the Colombia international next summer. He’s been given the number 25 shirt.

Napoli needed a replacement for their summer signing Alex Meret who suffered a broken arm in training and they’ve decided on the Colombian international ahead of Liverpool’s Simon Mignolet and a couple of other candidates.

Ospina joined Arsenal in the summer of 2014 from Nice, but has a contract until 2020, which suggests he got a sneaky extension somewhere along the way but we’ve never been able to find an official announcement about it.

Since then, despite a spell in the Premier League side when he replaced Wojciech Szczesny, he’s primarily been the back-up/cup keeper, making 70 appearances and keeping 27 clean sheets.

Our favourite Ospina things are when he couldn’t say ‘share’:

Then there are our favourite David Ospina anagrams, such as:

Anyway, best of luck to him Italy, they’ve got fantastic fans with lots of patience and understanding: 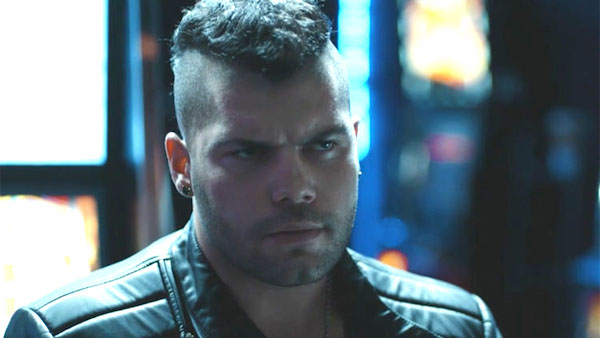 Turner: We learn from it and move...

Arteta: In big moments, you have to...

FFS was really hoping we’d be able to f*ck him off permanently.
We’ll likely just have the same drama next summer.

Good luck to him. Though is this £1m plus salary or are we still paying his salary?

Gennaro Savastano ?
As safe a pair of hands.
Cheers for all the content Blogs x

I don’t understand why you dislike Ospina so much. Not our best keeper by any means but had some decent games for us and won an FA CUP

Who dislikes him exactly? I don’t unders the internet’s constant need for extremism. In the real world, every Gooner I know thinks he wasn’t good enough. In t’internet, people seem horrified by the fact that people don’t think he was good enough. The transfer market has told us the real world opinion is correct.

Vonnie
Reply to  Kwame Ampadu Down

It’s the nasty undertones whenever Bloggs mentions him, always a dig at something. I agree with Jorge, it’s not necessary or clever to always be so nasty about him.

did he take the train all the way there?

Good for him. I had hoped though, that it was a permanent move from the start rather than a loan. But, nonetheless, wish him the best and hope he can get a good permanent move that suits him

What do you mean by ‘Napoli has the option to buy’?
Does it mean they can choose not to buy Ospina at the end of the season? Or a clause will automatically trigger once he appears in X number of games throughout the season?

Generally it means a negotiated price and whatnot has been agreed upon and, if Ospina impresses them enough, they can take up that option. So, yes, choose to buy. Ospina has to agree as well.

What is making him happier? The loan to Napoli or the prices on the circumvesuviana

No offence, and I like the guy, but please don’t come back

This could be the end to the seasonal link with Turkish clubs….could….

We’ll do a Kieran Gibbs and reject that bid, later panic and accept a 2 mill bid from Erdogan himself.

Leaves the door open for Sebastian Frey In the January window. Hell yeah!

Only Arsenal would find a way not to sell him, a keeper in his prime after a decent World Cup. We’ll probably loan him put for a few years covering a chunk of his wages the let him go free when he is of no use to anyone.

He was a good guy and by no means as bad a keeper as some made him out to be. Was he world class? No, but Arsenal’s transfer policy isn’t his fault, either.
He also gave me one of my all-time favourite moments at the Emirates: in the depths of a miserable season, the night when the Milan fans were singing their “Oh AC Milan” song in Italian and we turned it into “Ospina, Ooossspina”.

Kwame Ampadu Down
Reply to  bystander

By no means as good a keeper as some made him out to be either. Just to factually cover all the angles.

That night was the best fun the whole season, it was brilliant.

Givenhis contract is until 2020 this could work in our favour if he has a good season. It would up both his value and other clubs desire to sign him. Of course, if he has a shit season then we’re stuck with him until the end.
I actually don’t think he’s a bad keeper at all though, bar the odd mistake here and there, and he seems like a decent bloke.
Good luck to him.

Merlin, they have the option to buy, if they take that up then they don’t need our agreement, only Ospina’s (if I’m reading it correctly). If he has a good season they will either buy him to play him, or if his value increases then possibly buy him to sell him on…… its out of our hands and between them and Ospina, unless I am very much mistaken 🙂

Arsenal always struggling to get permanent deals on players. If hope he impresses at Napoli to avoid speculations next summer.

I miss Alexis so much

Pretty rude of Arsenal twitter to virtually punch Ospina in the tweet. Not sure what he’s done to deserve that. The man has his own deodorant ffs!