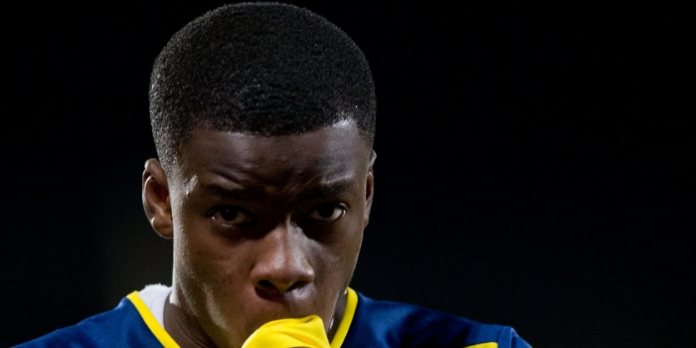 Despite being highly-rated at London Colney, the 20-year-old England youth international never had the chance to play for the Gunners first team.

He did show promise during loan spells with Preston North End and Charlton Athletic, although two terrible hamstring injuries curtailed his progress on both occasions at the Valley.

Mavididi moves to Turin to fight for a place in Juve’s B team, the dream being that he’ll one day get to watch Wojciech Szczesny smoking in the shower.

Our resident Arsenal youth expert, Jeorge Bird, details why now is the right time for the youngster to leave the Emirates here.

Odegaard reveals the two factors that will determine his future

He got out while he could

Great move.
Even if he doesn’t hit the greatest of heights (and he still could, interesting for Juve to go for him as they’re pretty damn good with scouting), barring Nasri-levels of stupidity he’ll at least have a decent career for himself.

– Open to playing in Europe

– Arsenal and Juventus on his CV.

With that italian surname, Serie A was bound to come knocking

I hate him too but no he wouldn’t

Anyone else think he looks like the guy who plays Tealeaf in Psychoville?

meh.
Nothing to be bothered about.