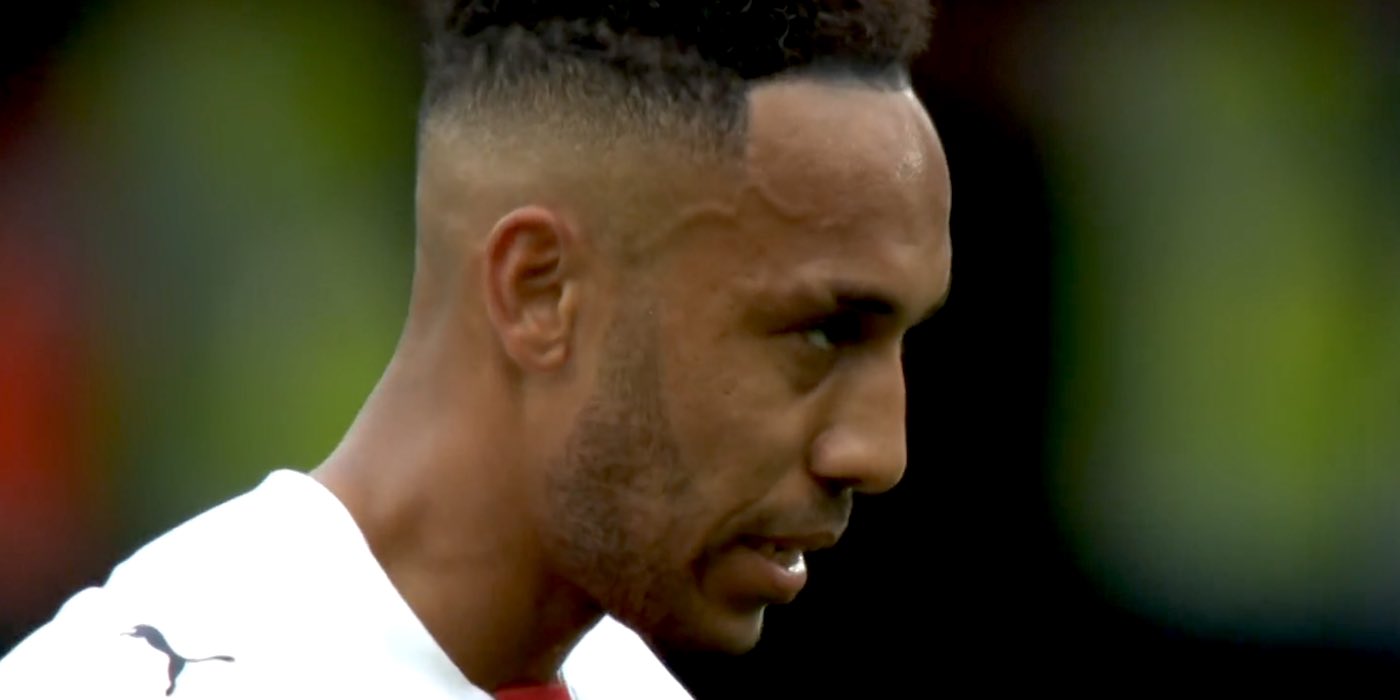 Even the best strikers can have off-days, and it’s not unfair to say that in the 3-2 defeat to Chelsea Pierre-Emerick Aubameyang was guilty of missing good chances to get his first goals of the new season.

The 29 year old blazed over after being set up by Hector Bellerin, before poking wide, two opportunities a player of his calibre would normally be expected to tuck away.

With his track record however, you’d back him to score those most other days, and boss Unai Emery believes the goals will come for the former Borussia Dortmund man.

Speaking ahead of the Gunners clash with West Ham on Saturday, he said that his team will focus on creating the goalscoring opportunities, knowing Aubameyang will finish them off.

“The first is to create chances, situations and attacking moments where the player arrive in the box and with the balance to use the small space the opposition gives us,” he said.

“And then, I am sure they are going to score if we create a lot of chances in the game. The first idea for us on Saturday is to create these chances and then the players’ confidence for starting to arrive in the box, to score.

“For that, Aubameyang is a player who, in his career, has scored a lot and he is going to do that here also.”

With three points a must on Saturday, it’d be a good time for the £55m man to find his shooting boots.

Am I the only one who reads the quotes in his accent? With the ”emmm” and ”eeeeeh” and all?

Yeah me too lol

it looks like auba has lost his confidence in front of goal, I told blogs the german league is a lot different from the premier, and that he wont score as many goals in the prem than he did in the german league, and I was right as usual, and blogs was wrong as usual

And yet he is the fastest to score 10 goals for the club…..

I decided I’ll keep the faith with him till end of end of November .

We should have an Arseblog Fantasy league next season? How about “FArseblog” as the league name? I bet Fatgooner would be shit at it!? 🙂

It wouldn’t be too late to make one for those who have teams… assuming you have teams on the official EPL site, I think you can create a standard league any time. Blogs, do you play?

I dropped him last week and as such feel somewhat responsible for his dip in form. Sorry everybody.

I feel u man

Auba and Laca will certainly get goals. I think he should concentrate on making the midfield weigh in with some. We need that to achieve our aim of Top 4. It was good for Iwobi and Mhki to get off the mark last week. Long may they continue.

Backing both Auba and Laca to start scoring. We need to start chalking points.

As much as its still early for Emery’s reign, we need to get up to speed fast, the rest of the league aren’t waiting and we won’t be even catching that 4th place trophy otherwise which many derided Wenger for.

Aubamayeng’s pace and mobility will always get him more goals. While Lacazette might have finished some of the chances Auba had, he wouldn’t have been mobile enough to get into that position.
Still expecting 25 – 30 goals from him.

I’ve been pleasantly surprised at Lacas work rate and participation l in the build up play. Auba doesn’t have the same involvement and that can sometimes be an issue, but he does have that penalty box instinct like no one else in our squad does, so he’s just as vital. I’m sure as the season goes on we will see ways that they can be on the pitch together more effectively. After all, it’s not just the managers first full season, Auba will click better and better as he plays more, for sure.

Laca passed the ball back to Hazard…still gives me nightmares

There is a pretty strong basis for confidence:

Last season in all competitions and counting both Germany and England, Aubameyang scored 31 goals in 38 appearances; the previous two seasons in Germany it was 40 in 46 and 39 in 49.

mpls
Reply to  A Different George