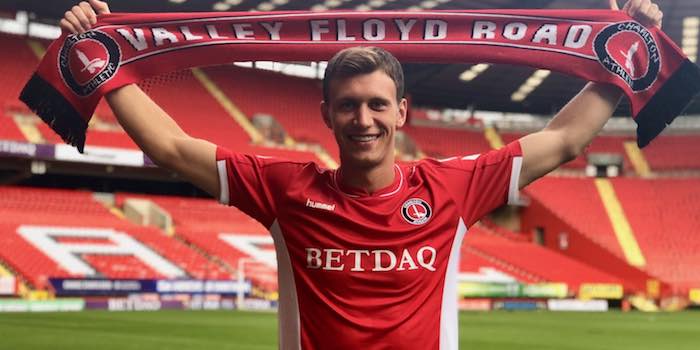 Krystian Bielik has long been regarded as a very talented youngster but, largely owing to injuries, he hasn’t managed to progress as quickly as had been anticipated.

Now in his fourth full season at the club, Bielik has yet to feature for Arsenal in the Premier League but he is now finally receiving a regular run of games at senior level, albeit in League One, on loan at Charlton Athletic.

Bielik has featured heavily for Lee Bowyer’s side so far, getting playing time at centre-back and, on some occasions, as a defensive-midfielder, while he scored his first senior goal at the weekend as he got the winner against Southend United.

Just playing again will certainly be a major boost for Bielik, who didn’t feature at all during a loan spell at Walsall in the second half of last season owing to injury.

Prior to that the youngster had enjoyed a productive stint with Birmingham City in the Championship as he produced some consistent displays and provided a reminder of the undoubted quality that he possesses.

Getting into the Arsenal first-team in the long-term could still prove problematic for Bielik given the players ahead of him, but if he is to achieve that objective then perhaps the best option would be for him to revert to being a midfielder on a regular basis.

Arsenal are well stocked for young centre-backs, especially when Konstantinos Mavropanos and Rob Holding are taken into consideration, but, despite the arrival of Matteo Guendouzi, Bielik might have an easier route into the team as a midfielder.

For now, Bielik will look to continue to develop at Charlton, and Bowyer remarked this week that the Arsenal loanee must work on releasing the ball quicker.

This is certainly a major learning curve for Bielik but the hope is that he will return to Arsenal as a better player and, possibly, depending on the circumstances, challenge for a place in the squad.

Loads of potential, getting him playing regularly and he has a chance.

I have such high hopes for him, I still see him becoming an amazing player. He has all the tools to succeed as a centerback or in midfield. He is a lot like Christensen at Chelsea and can be just as good. His ball playing abilities at centerback are already established, I hope his positional sense can be developed further. Good luck to him, I hope he has an injury free season for once.

He looks just like Tommy from Trainspotting (Kevin Mckidd)

That’s the Charlton Effect for you right there..

Injuries and the misadventures of being converted into a ball-playing CB was what was damaging his progression.

But thankfully with DMs back in fashion at Arsenal, he finally has a chance of breaking through again.