Danielle van de Donk: A Week in the Life of an Arsenal Women Player

As part of the restructure of the Women’s Super League, it is mandatory for all top flight clubs to be fully professional as from this season. Arsenal Women have been a fully professional outfit since roughly 2015. With professionalisation comes an increasing focus on marginal gains.

As recently as 2013, Arsenal players only trained twice a week and many of the players had full-time jobs or studied full-time. Irish internationals Emma Byrne and Ciara Grant held administrative posts at London Colney, for instance. Almost overnight, the club moved to a much more professional model and hired a glut of staff to aid the process.

The girls have a dedicated goalkeeping coach, they have strength and conditioning and fitness coaches, as well as video analysts. Arsenal Women’s assistant manager, Aaron D’Antino was previously the head of Performance Analytics at Melbourne Victory. Aaron is an expert in video and data analysis and a qualified physiologist.

Tim Stillman spoke to Arsenal and Netherlands attacker Danielle van de Donk about what a typical week looks like for a professional Arsenal Women’s footballer in terms of recovery, strength and conditioning, training, diet and video analysis. For the purposes of the article, we assume that the girls have games on consecutive Sundays, as indeed they do this week.

MONDAY / RECOVERY: “If we have played on a Sunday, sleep is very important!” Danielle tells me. “So we don’t go to the training ground until around 11am on a Monday for some S & C (Strength and Conditioning). Usually there is individual training you can do in the gym, so if you feel your hamstrings are tight, you do some exercises and stretches for your hamstring, or if your ankle feels sore you work on that.

“Then we all have lunch together before we go back into the gym for some mobility exercises, so maybe some rowing for example. We might play a bit of football tennis to get moving and do some work on the bikes. Usually I might do some upper body work in the gym too, then we have a session in the pool for one hour and we go home at about 4pm.”

NUTRITION: Once ‘knocking off’ time arrives at 4pm, van de Donk says the players are given advice on nutrition but aren’t monitored in any serious way, “We get advice about nutrition and if you want more, you can ask for more, that resource is available. But obviously we know to be sensible and to eat right. We have recovery programmes to follow, so we sometimes have compression leg wraps to wear at home if we want. We can also come in for treatment on a day off if we need to.”

Professional athletes obviously can’t treat themselves to a beer or a cake or a takeaway quite as often as us mere, flabby mortals. Athletes sometimes have ‘cheat days’, but generally have to be more considered in what they consume. Coffee is often seen as a justifiable treat for a footballer, but for Danielle, a native of the Netherlands, there is one snack at the top of her ‘cheat day’ itinerary. 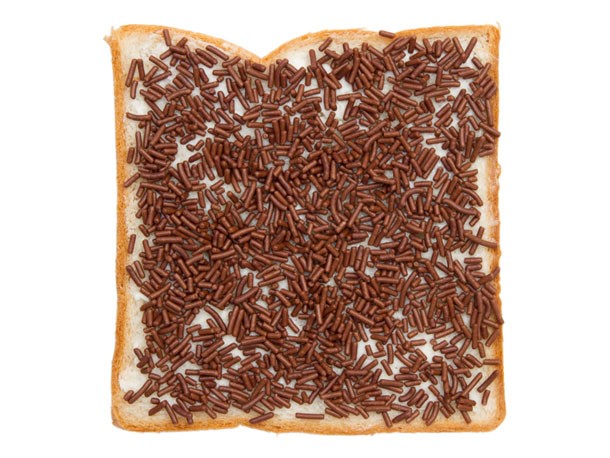 “For me, a real treat is to have chocolate sprinkles on my bread!” Danielle says with emphasis. Hagelslag (hailstorm) is a traditional snack in Holland where chocolate sprinkles are applied to bread and eaten at pretty much any time of day. “Basically we have to watch what we eat all the time because we are always playing, it is in our minds 24/7. I am with the national team ten days a month for most of the year and they completely take care of your food and drink while you are with them.”

There isn’t a zero tolerance policy on alcohol or sweets, as such, but indulgences are rare, “We are told we can do it once in a while, but just to be clever with it,” van de Donk says, “Maybe before a weekend where there is no game or before a day off. But most of us here don’t really drink at all, we are professional athletes so it is not really a part of our lives.”

LATER IN THE WEEK / MATCH PREPARATION: “So on Monday, we have recovery and individual S & C stuff. The players that haven’t played go out onto the pitch and do some training on a Monday. On Tuesday we get a day off, Wednesday and Thursday we are in doing gym work again in the morning, then we train, then we go back into the gym again in the afternoon.

“At this point of the week, the training is more tactical and technical. We work very hard on these days and we get Friday off. On Saturday mornings, we come in again and do more tactical work and to keep us sharp, we end the Saturday session with a small sided game.”

VIDEO ANALYSIS / PREPARING FOR THE OPPONENT: At this point, DvD breaks off a little, “You know I did an interview last week and Aaron (D’Antino, assistant manager) was mad with me because I said, ‘yeah we have a lot of fun in training!’ and he said to me, ‘what, we just have fun? There’s no work involved?’ At this point, manager Joe Montemurro walks past and jokingly shouts into my recorder, “We work very hard in training, we don’t just have fun and laughs!”

Danielle continues, “But Aaron talks us through set pieces. Usually on a Wednesday, we will watch the previous game back again together and go through some of the things we did right and things we did wrong. Usually on a Thursday, we go through the tactics for the next game and have a look at our opponents and decide on the game plan for the Sunday.” 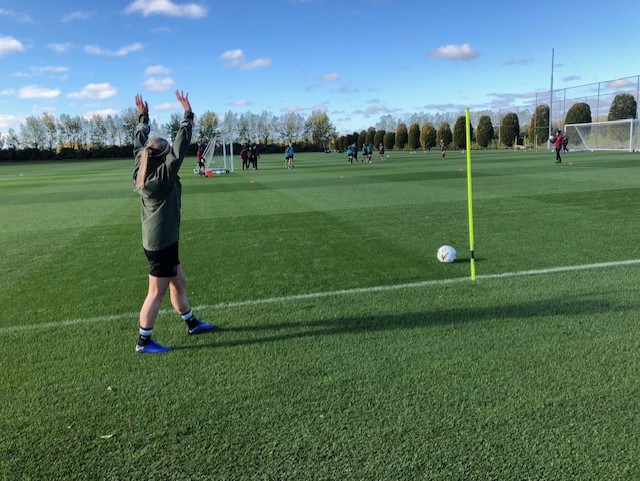 AFTER THE GAME: “We are given a protein shake with some egg whites straight after the game in the dressing room. We are given a lot of water and we have a big meal pretty soon after a match too, to get some carbs inside us. If it is a home game and we are not travelling, usually I will just go home and I am just on the couch watching television for the evening!

The Dutch international explains that she used to do some tailored individual training too, which players are welcome to do. “I used to do that, but I am studying at the moment, so it is too much. I spend my days off studying, but players can do extra stuff if they want to, it is left up to us.” It is clear from our conversation that players are treated as adults, but the advances in resources available to the Arsenal Women’s team have been significant and swift.

I’m really starting to buy into this woman football sh*t. They play some really good football god damn it. My wife is not gonna be happy if I watch more footy!!!

A part of me would just love to see a mixed match with the lads as a friendly or for charity.

I mean, just the thought of Nobbs/Miedema being Ozzisted in a match makes me want to throw my money that way

dutch chocolate sprinkles on bagel or bread is actually nice. The sprinkles are like actual chocolate n that. But hella crunchy.

dont they just fall off the bread, or do you butter the bread first ?