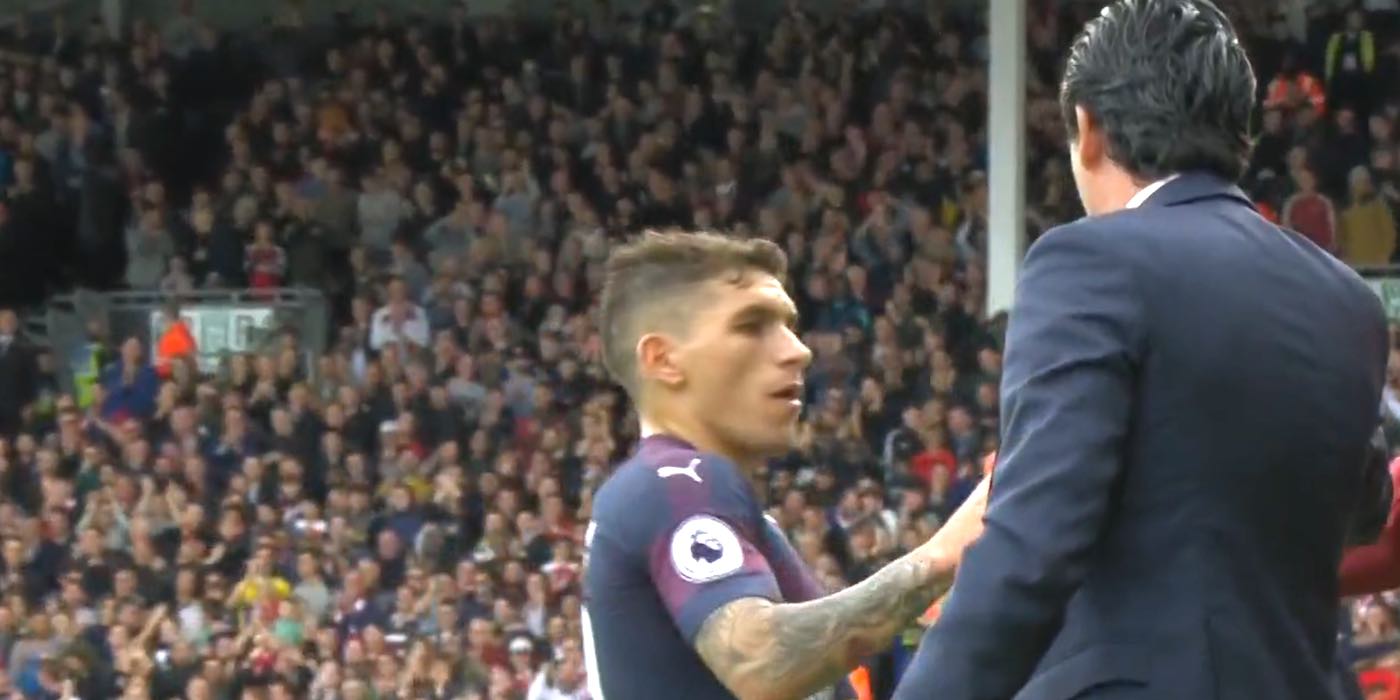 Unai Emery has made it clear that he’ll pick the strongest team available to him for today’s Premier League trip to Brighton, and won’t consider the possibility of resting Lucas Torreira who is on a suspension tightrope having picked up four bookings already this season.

Another one today would see him miss Liverpool game at Anfield as five yellow cards means a mandatory one game ban.

However, the boss is prioritising three points against the Seagulls today, and having Torreira in midfield is part of our best team.

Asked about the possibility of resting the 22 year old, the Spaniard said, “In my career, I never made these decisions.

“The same three points are in Brighton that are in Liverpool and we are going to play first in Brighton. It’s a tough match and we will need every player with 100% focus to do everything on the pitch to win.

“I don’t know whether Torreira would even be able to play cautiously but I don’t want him to think about the possibility of a suspension for one yellow card.”

There’s logic to his approach of course, as Arsenal are still short of defensive options and may have to use Granit Xhaka in a back three, but it’s a tough situation for Emery who can’t be blind to the blow it would be to go to Anfield without Torreira.

The old adage about the next game being the most important is clearly in play here, so let’s keep fingers crossed for three points and no booking for Lucas.

Good. The worst case scenario isn’t that he’s suspended for Liverpool, it’s not getting 3 points today. Brighton are a tough side and you’ve got to pick your best players.

Maybe Emery is playing mind games with Brighton and will surprise them and us by not including torreira? I hope we have some defenders back for this game and even more so against liverdross!!!

Meaning that resting Torreira so that we can win Liverpool’s game??

He can sub him at half time if we are 3-0 up but we do not lead that much in the first half anymore.

Along with the 3pts please no more bloody injuries.

Can’t take any team lightly, especially after our last away shit show

I back the boss on this one – 3 points in the next match is priority. If we save Torreira and he gets booked against Liverpool, we could just as easily lose the following game without him. Let’s not be so arrogant to think we can pick and choose our games to prioritise in the league.

The days of one game at a time are gone, especially for the top 6 clubs, it’s a squad rotation game these days. Personally I would not risk Torreira. Play Xhaka with Guendouzi in the middle. Liverpool have Fabinho on four yellows, curious to see if klopp will risk him today.

If we fuck around with Brighton and then lose another player to injury or suspension or have an off game against Liverpool we could miss out on 6 points when we should be focused on working for 3 at Brighton first.

Ahem, I could have sworn the article two days ago was basically the same thing as this one.

Oh, look at me complaining about content that I get completely free of charge 😀

Yub, it’s the same article.
Content recycled, but not a problem really.

Yeah..so that all of us can have a new discussion thread. Same content yes, but u cannot paste your same comment again.

I would have thought you can’t reset once 5 cards activated the automatic ban.

I’m not usually confident, but I think we’ll take 12/12 from our next 4 games, and I think we’ll sign a centre half and possibly a right sided attacker as wel in January

Whats a good pub to watch the game today? Its my first time in London and I dont want to get beaten up

We need him today to help guarantee 3 points

A bird in the hand (hopefully, with good effort)
Blah blah blah.

He clearly does not rate Elneny, which is a shame really. He could do a job against BHA with his typical performance. Not disrespecting BHA, but if we are hesitate to rotate – its speak volume about our club strength in general, also worth mentioning that Aubameyang is not getting rested yet after so many games.