THE LOWDOWN
Arsenal Women conclude 2018 with the final fixture of the Continental Cup group stage away at Millwall Lionesses on Wednesday night. The Gunners guaranteed qualification for the quarter-finals with a 5-0 win against Charlton last week, a point at the Championship’s bottom side Millwall would see them top the group.

Joe Montemurro gave opportunities to some academy prospects in the Charlton match, with Amelia Hazard and Ava Kuyken starting and Melissa Filis and Hannah Dawbarn coming off the bench. I would expect to see those players, alongside Paige Bayley Gayle, get some minutes at Princes Park.

Arsenal are still nursing a heavy injury list and ought to be able to win even with a significantly weakened side. Dominique Bloodworth was rested for the Charlton match and I wonder whether Joe might take the opportunity to bring her back and give Lia Wälti a breather. The Swiss midfielder has played in every match this season.

While some of the Gunners’ current academy stars might get some game time, some of their previous youth products certainly will. Millwall hired Chris Phillips as manager during the summer, alongside Director of Football Pedro Losa, the previous Gunners boss. They took Gaby Ravenscroft, Lia Cataldo, Kalani Peart and Beth Lumsden from the Arsenal Development Team with them. Lionesses forward Evie Clark is also a graduate from the Arsenal academy.

TEAM NEWS
Arsenal are still without Jordan Nobbs, Dan Carter, Kim Little, Jess Samuelsson, Tabea Kemme and Viki Schnaderbeck. Emma Mitchell is also unavailable due to injury and will return in the New Year. The Gunners may look to rest some first team players, but squad size restricts them a little. 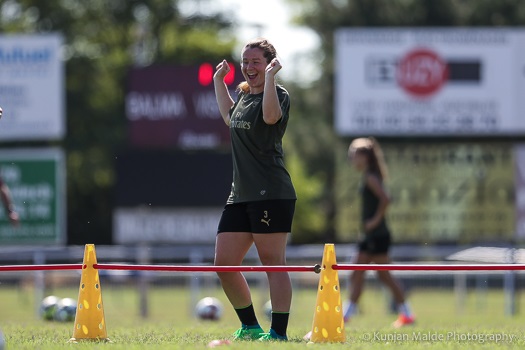 LAST TIME OUT
The teams met twice last season, once in the Conti Cup group stage, where Arsenal eventually ran out 5-2 winners against the Lionesses at St. Paul’s Sports Ground. The teams met at Meadow Park in the spring in the FA Cup, where Beth Mead’s goal saw the Gunners progress to the quarter-final.

PLAYER TO WATCH
Ava Kuyken started for the first team for the first time against Charlton last week and the ex Oxford United player will certainly start again at Millwall. Ava will move to Florida and join the Florida Gators on a 4 year scholarship in the summer. Academia is certainly in Ava’s DNA, her father is an Oxford professor in Clinical Psychology. 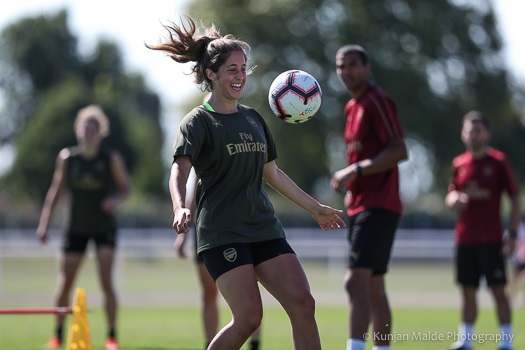 Kuyken is a versatile player who operates primarily as an attacking midfielder, who can play in the centre or on either flank. Where she plays against Millwall will largely depend on which first team players are spared, but she is a tidy, technical player that likes to take opponents on. Her clean passing means she can also play in a deeper midfield role if required. 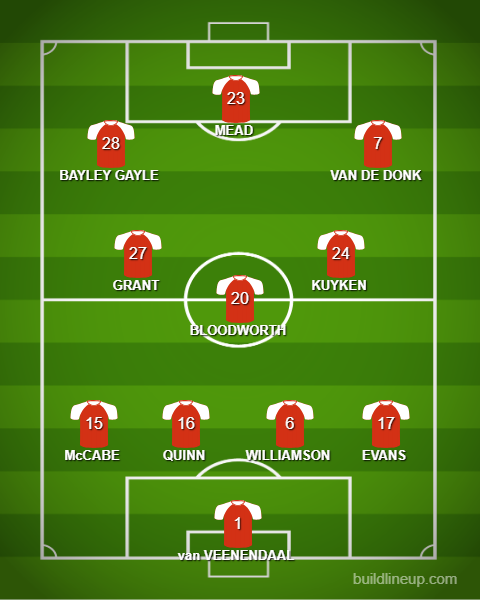 HOW TO CATCH THE GAME
This game is not being televised or streamed, so follow @ArsenalWFC for live updates if you cannot make the game. Millwall are good at making highlights available within 24 hours of the match finishing. Otherwise, the game is being played at the very unique Prices Park ground, home of Dartford FC.

Princes Park claims to be the ‘greenest’ ground in Europe, utilising renewable energy sources, powered by solar panels and built from environmentally friendly timber. In one of the corners of the ground, there is a contraption that collects rain water. (There is also a quite bizarre wicker man like structure behind one of the goals!)

Not long to go now until our next cup fixture at Princes Park.

Make sure you get yourself down to what promises to be a great game of midweek football!

Tickets are £5 adults and £2 concessions and the game kicks off at 730pm. Princes Park is a short cab ride, or else about a 15 minute walk from Dartford train station.

COMING UP
We’ll have exclusive reaction from Gunners boss Joe Montemurro on the site on Wednesday evening. I will also be chatting with ex-Gunners boss Pedro Losa about his time at Arsenal and what he has been doing since leaving the position 13 months ago. That interview will go up on the site early next week.

Hope we get some back soon and get our leadership of the league back and keep it.

I really appreciate these. It’s certainly helped me Keep track of what’s going on in with the Women’s team. Keep them coming.