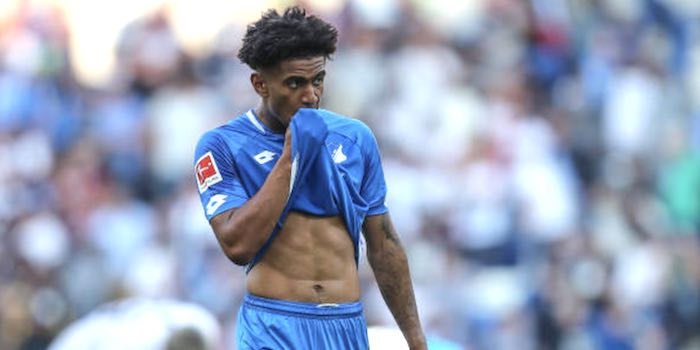 Per Mertesacker believes Reiss Nelson’s early success in the Bundesliga proves that Arsenal can get the best out of football’s loan system but he maintains that the onus is on young players to take themselves out of their comfort zone.

Rather than spend the season at the Emirates fighting for the occasional game in the Europa League and domestic cup competitions, the 19-year-old opted to move to Hoffenheim for a year in the hope of gaining valuable first team experience and boosting his confidence.

Since landing in Germany, Nelson has been on fire, netting six goals and grabbing an assist in 10 appearances. His form has earned him his first call-ups to the England under-21 side and both Gareth Southgate and Unai Emery have touched on his potential and future prospects.

All in all, life is going well for the teenager, and that pleases Per.

“It was the best decision for him to go there,” Mertesacker, who now heads up the academy, told Arsenal.com.

“When you compare the Bundesliga to the Premier League, there are similarities but there are differences.

“So the loan system should work brilliantly for us. Some Bundesliga clubs are very interesting for us and the way he could make an impact at Hoffenheim was by starting on the bench but then scoring immediately. Through scoring those goals, he gained trust from the coach, from the fans, by learning some German and earning the right to start and make an impact.”

While Nelson decided to try his luck abroad, some of his pals decided to stick it out in London in the hope of turning Emery’s head. Emile Smith Rowe, netting three times, has grabbed his chances with both hands, while Eddie Nketiah and Joe Willock have also built on last year’s first team experience. Our Europa League campaign has also brought new names to the fore with Zech Medley, Bukayo Saka, Charlie Gilmour all featuring against Vorskla.

As the January transfer window approaches, Mertesacker admits that the coaching staff are assessing whether more young players could benefit from a loan move.

“I think he [Nelson] has done a brilliant job but that all fell into place because he wanted to go,” he notes.

“He had a great opportunity but you need to take these opportunities and make sure you learn from those moments. Instead of being a first-team player between the under-23s and the first team, this is something different.

“It’s difficult to manage and I’m really pleased and glad that it’s worked right now for him. We have other prospects we really need to think about. What’s their best path towards making an impact for our first team? There are different ways, different challenges.

“Those are individuals. But I feel we are in a good place right now and those situations show us how big an impact a loan can make on a player. We need to select wisely.”

Bright bloke, Per and loads of potential, Reiss, hope he comes back and is a regular for us, we need him.

He looks like a cracking player, but we’re the second highest scorers in the league, I wouldn’t agree that we need him right now. Hoffenheim away to Man City tomorrow, will be interesting to see how he plays against an English team, if he even starts.
Meanwhile, Spuds and Liverpool tonight, both could finish 3rd in their groups. Is it criminal to want them both to win? I’d really rather avoid playing another English team in the Europa League knockout rounds.

I want the spuds to go as far in every cup competition(without winning ofcourse) as possible. Firstly…I’m sure they’d love to drop down to the Europa league just to try and get that over us. To be frank…that is more their level anyway tbh. Secondly…I want them to be as fucked and exhausted as possible for the league!

I hope Liverpool win and go through to avoid them. I hope spurs lose so they stop getting champions league money, then progress really far so their small squad is stretched going into the end of season top four run in.
Them losing in the final would be awesome too of course. Especially if we’re the opponents

I do not believe in them getting exhausted. I want them and their fans sad as of today.

We’re not in the CL so I wouldn’t mind Liverpool winning it. They play great entertaining football. I hope they beat Sp*rs in the final, haha. That would be classic Sp*rs!!!

Completely disagree with David C on everything he said. Couldn’t be further from what I would like, which humiliation for the Mugmashers and Sp*ds

The first thing that stood out reading this is just how eloquent Per is for a non native english speaker. Doesn’t just show his command on the language but his thinking as well. Very sensible and I am sure he shall play a huge influence in developing our youth talent with his experience and intelligence.

The Germans have an excellent English language education. Even the ‘poor’ speakers speak better English than a lot of native speakers I’ve met

I saw an Arsenal Media interview where some kid ask the players ridiculously hard questions as prank and Per knew them and the kid was shocked haha.

Per speaks very thoughtfully..he is a top man. Hopefully we can make best use of the loan system than before when players just seemed to be sent to any old place with little thought as to how they might get on there..Gnabry being the prime example

Yeah, sending a young exciting winger to a Tony Pulis led WBA is one of the weirder decisions this club has done.

When Smith-Rowe scores on thursday do you think he should get a squad place for the weekend? Also should miki be worried if he does get in the squad?

Personally, I’m more interested in Chris Willock. Both would be nice

The level of opposition concerned, we should see Willock and Elneny in midfield, also Nketiah up top, Smith-Rowe (left wide mid or right wide mid) BOTH Monreal and Koscielny sould get a run out to ease them into the Soton game. Probably use Koscielny carefully and sub him out, drop Elneny into the defense (to also stress test in case Koscielny cannot feature) and have Guendouzi come on next to Willock. Mhki is a bit of an interesting one. He needs to play to sharpen up and we don’t have good options at right wide midfield at the moment. Some… Read more »

I suppose the other possibility would be to play two up top with Laca and Nketiah and have Smith-Rowe supporting in front of Willock- Elneny or Elneny-Guendouzi in a 3-4-1-2.

Laca drops to the bench later, we keep Nketiah forward and revert to a 3-4-2-1 with Smith-Rowe and Mhkitaryan supporting.

I know most of our loans in the last ten years have been largely underwhelming and the lack of progress of many players obvious to see, but I often wonder if too many potential players being away from the youth team also affects the ones that stay.
In the same way as we would suffer if all our best players left it’s the same for the youth team

We have had more failure loanees than successful loanees. How many of previously loaned players are playing in current Arsenal team?
Yes Reiss Nelson is having great loan stint at TSG Hoffeinham. Success will be depends on players commitment, so RN has that commitment and he will play for Arsenal next season as regular player in my opinion. Another Academy player into the Arsenal first team.

It also depends on the system favoured by the incumbent boss at the club the player is on loan with.

One I cannot figure out is why we bothered to send Chambers on loan to Fulham.

To me, it made more sense to send a younger less tried player like Mavropanos.

At this point of time, Chambers would be in with a shout with us where as he has barely featured enough on loan.

Nelson, Nketiah are part of a new breed of English players hat have better tekkers. Arguably, the Ox , Sterling, Dele Ali was the beginnings of this new crop of players, Jadon Sancho etc now coming to fore.

Its an exciting time for England.

In terms of loan, it is greatly beneficial to Nelson to have regular playing time at TSG with a club that supports young players.

Maybe not quite as beneficial short term for Arsenal as we could well do with more options out wide particularly on right side with Bellerin.

As far as loaning players out in Jan is concern, with some of the preliminary rounds of the FA and the Carabao cup still to play for, we will have to be careful not to thin out the squad too much. OTOH, some players can well benefit from regular playing time thereafter as the season progresses and opportunities afforded by these lesser competitions start to thin out. One obvious area we need to take caution with at the moment is at Cback. Chambers has been sent on loan but has been sparingly used. I wonder if there is an opportunity… Read more »

i’m all for the young attacking players. they’ve been in development long before per came along. what i’m looking forward to are the defenders who get brought up in his imperial style.

With abs like that, this kid is destined for stardom.