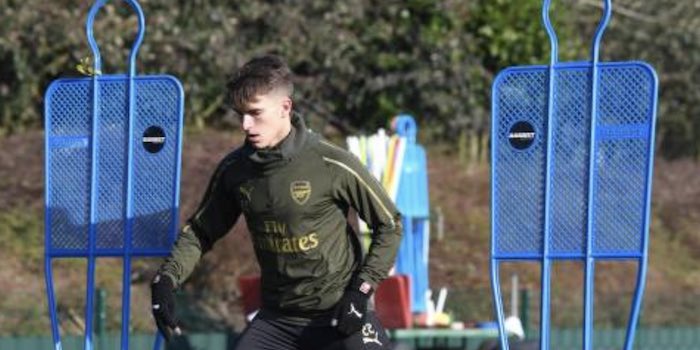 Denis Suarez arrived on loan from Barcelona yesterday, and is in contention to face his old club Man City on Sunday.

Exactly where Unai Emery is planning to use him is a question fans have been pondering, and today we got our answer: everywhere.

As the head coach continues to tinker with his tactics from game to game, it appears as if the 25 year old will fit into his side in the wide areas, and also behind the striker/strikers depending on the system or formation we’re using.

“He can play right, left and he can play inside like a 10 player,” said Emery. “I will use him in all positions. He played left winger for us with Sevilla, with Villarreal more right winger and with Barcelona more inside.

“He adapts quickly and he is a player with quality. He can help us with his quality but also his ambition to do something important.

“It’s a good challenge for him to help us, and he can speak English which is important.

“He played at Manchester City when he was a young player. He played with Barcelona, in the Champions league with important players.

“His adaptation will be easier with us.”

It remains to be seen if he’ll start on Sunday at the Etihad for what is a daunting encounter with Man City, but the Spaniard certainly sounds pleased with the arrival of his compatriot, and we should see him make his debut at some stage.

Check out today’s brand new Arsecast, discussing the transfer window and much more

…So we DID get a defender after all! Hurrah!

Welcome to Arsenal, Dennis, I hope you take after your namesake, either The Iceman or The Menace will do ?

ramgooner
Reply to  Leno me, I’ll be your friend

The Iceman prefix should keep him away from getting all bitey. Expecting some controlled aggression. Watched his clips and must say his playing style reflect’s Emery’s personality imo. Always tries something positive and slightly effervescent. I hope Emery adds calmness to his game.
I have high hopes for Suarez, Guendouzi, Torreira and Maitland Niles.

Our right hand side has been massively calling out for some more creativity with Hector’s ongoing absences due to fitness issues this season. And with his latest injury putting him out for a while, I am not surprised we got Suarez in on loan. Does it mean Liechtensteiner will be more of an option now at right back if we’re going with the back 4. In turn does that mean that we are looking to be go back to the 4231? With Alex on the other side? Either way I hope this guy does well, and I’m praying he’s not… Read more »

George
Reply to  Leno me, I’ll be your friend

As long as he doesn’t catch the Lumbago!

Just as long as he’s not like les Dennis I’ll be happy.

If he is I’ll give you the money meself

We will use him in RCB, sometimes LCB, RB, but not as LB, he can’t play LB. But not to worry, we can put Cech in goal and use Leno as LB, he is good with his feet.

All I need against man city is a winning, I don’t wanna know how it will come but at the end let me see us stepping out with 3 points

He is absolutely adored by Barca fans. Who couldn’t for the life of them understand why new Valverde isn’t playing him, and giving game time to Gomes and Alena instead.

Uncle Unai will find a way to use him no matter what, we have no worry.

Definitely… this Suarez capture has Emery’s imprints all over it. He’s starting to push his weight with proceedings. Mslintat doesn’t like it and is pushing off.

“Uncle Unai”, uh-oh, I sense another Arseblog photoshop coming up..

Sounds like he’ll be used to keep Ozil out of the squad.

But seriously, I hope he can contribute on the right for us or switch up as needed with Iwobi. Glaring gap over there we’ve got nobody to fill, all the more noticeable without Hector to run the full sideline.

But both if likely leaving the club in the summer does mean Dennis will be auditioning as a potential replacement.

In a 3-4-3, there is less room for advance mids and Iwobi/Dennis may be choice although likely Ramsey, Mhkitaryan may also be mixed in in tandem with either.

I feel like Unai using Ozil against Cardiff and giving him the armband was just to show the board that Ozil can’t function in his plans. The fact that Ozil didn’t really have much of an impact on the game proved his point to the board.
When he brought off Ozil, I felt like he was sending a message, “see, I started with ur star man, and he didn’t play like someone on a 350k salary”

I did think. Then thought how fickle would that be. And if he truly did think that, how could the manager of a top club think that’s whlise risking 3 points when they were so crucial.
Keep your points to yourself if so Unai. If the board pressure a manager to play a player, come out and say it. I guarantee you the fans would take side with the right party.

A more sensible reason was that emery was just trying to rotate the squad. Iwobi xhaka ramsey got much needed rest. But since ozil is playing emery figured that the team would be a bit open in the midfield, and so the three defensive midfielders not to concede until the end of first half just . And iwobi, ramsey would came on in the second half and secure the win. I thought even though we conceded few chances the plan worked well against cardiff

In fact Ozil played well and worked very hard and certainly made an impact. Although Xhaka needed the rest, I am sure had he played he would have linked up with Ozil very well.

tbh I don’t think Emery plays those kinds of games. Rather, I reckon he thought Cardiff at home was the perfect game for Ozil, where we’d have a lot of the ball and would be more focused on breaking down a stubborn defence than battling for the ball in midfield.

Multirole versus specialist. As mentioned, had we say got a specialist in Carrasco out wide, we would have to bring at very least 2 players in. With Dennis (prob also the reason why he was primary focus), we at least cover 2 or 3 roles. The most important at the moment would be at right side providing width (being that we have Ozil, Ramsey still). I suspect we will rotate Iwobi, Dennis predominantly left and right but will also have Mhkiatrayn. Then secondary concern would be deep midfield where we may also benefit from his ability to hold and dribble… Read more »

In case he gets by without getting injured. He just might turn out to be an excellent addition. As he offers top drawer experience and versatility in terms of positions on the pitch.

The main asset with Dennis is his quick feet, both of them. Shades of Santi Carzola (whom Wenger brought in for a steal considering and remember he was converted from a winger) We lack players who can dribble and engage in one on ones. Iwobi is the only one which is why most of the best stuff so far has been coming out from our left side. Our right without Bellerin is in danger of being stale. We lack a Rwinger and the ability falls off the cliff with Lichsteiner and Jenkinson. That said, I was impressed with Laca recently… Read more »

Jenkinson in fact is effective going forward and at least can cross a ball. By the way it’s Denis with one “n”

He looks like a mix between aaron ramsey and rob holding

He got off a plane and started training straight away so definitely seems motivated.

i think with suarez we can set up in a 433 tactic, with torreira at the base, suarez and guendouzi/ram in CM, with the 2 CMs taking turns to either run from deep into box, or carry the ball forward.
or we could have a 41212 with torreira at the base, guendouzi and suarez in CM and ozil/ iwobi in the hole supporting laca and auba.
i think playing both laca and auba centrally in recent games has helped both to flourish. we just need to make sure they each score a goal a game, and we dont concede 2-3.

I dream of a hybrid Dennis-Suarez without the biting.

There’s only one Denis Saurez