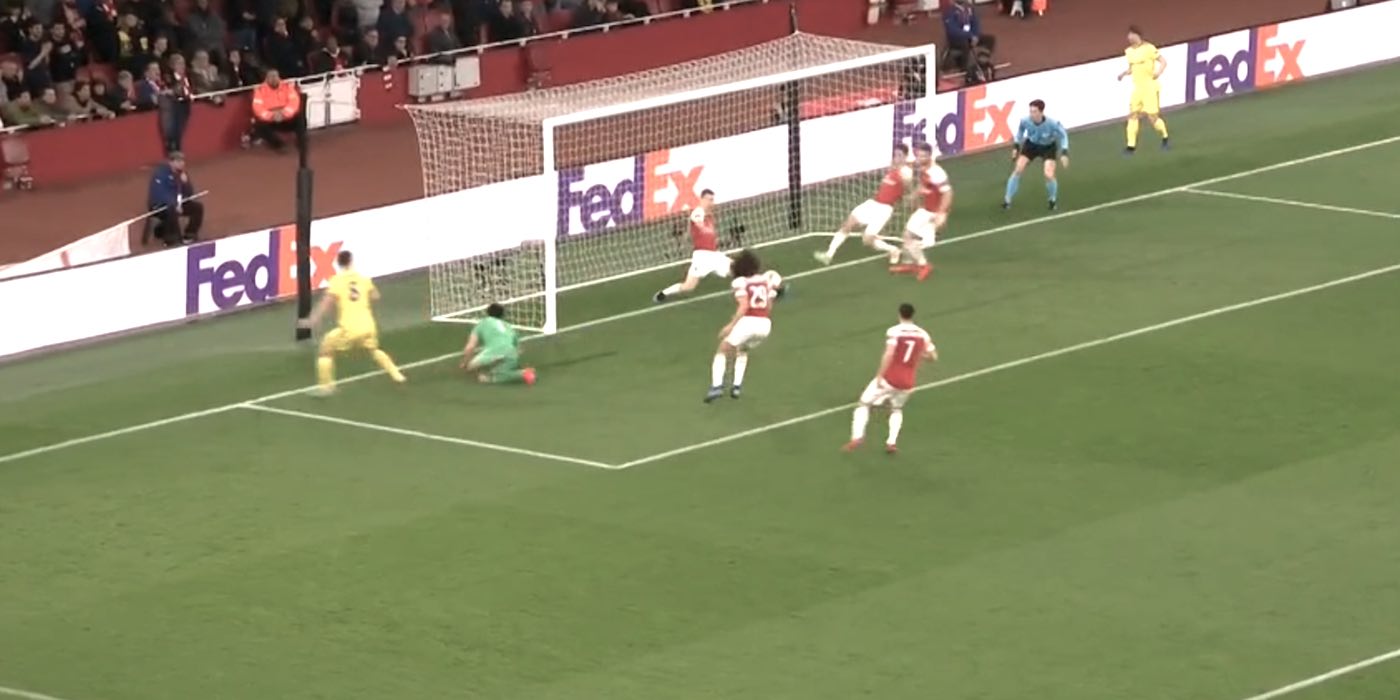 Having just gone ahead through an own goal in last night’s 3-0 win over BATE Borisov, Arsenal had Stephan Lichtsteiner to thank for keeping the scores level.

The veteran defender cleared a goal-bound effort off the line just minutes after the Gunners had gone ahead, preventing what would have been a damaging away strike for the visitors.

The former Swiss international hasn’t always found his best form this season, but enjoyed his night defensively and down the right hand side, and he was keep to praise the mentality of the team after also keeping that rarest of things: a clean sheet.

“We are happy that we passed through this round, so we will look forward to the next round,” he said.

“It was our objective to get through this round. Of course it wasn’t easy after losing the away game 1-0, so we had to be very careful that they didn’t take over. In the end it was a good performance and we’re happy.”

With Southampton coming up on Sunday, it was good for the confidence to not concede, something the former Juventus man was keen to stress.

“It’s important to keep a clean sheet because if we conceded then we would have needed to score three goals, so even at 2-0 you need to be focused in the game,” he continued.

“It was a very good game tactically, but also mentality wise.”

How did Lichtsteiner rate for you? Check out the Arsenal 3-0 BATE player ratings

Lichtsteiner the type of guy to say “you know it’s cold when you go outside and its cold”.

I really like Lichtsteiner as a person……would have definitely made the shithouse 11…….if he had played for us in his prime!

Despite all the criticism he’s received for being a 35 year old with the speed/legs of a 35 year old, I thought he played really well last night.

Have to give him credit. Some people saying it’s just Bate but they beat us first leg and they are still decent opposition prob akin to lower half PL quality. Still, issue this weekend against Soton for Lichsteiner will be recovery rate on a count of age. Which is why a back 3 may be more secure given Jenkinson if played is not the best. What peeves me is Mslintat and co. Spend 90k a week on the wage bill on the Swiss (having loaded it with 350k for Ozil last Jan) We could have convinced Chambers to stay with… Read more »

I didnt think I was going to say that anytime soon, but Lich had a good game.

yeh i usually have nothing positive to say about Lich but he played well last night, there were a few groans when he had 3 players to passed to but gave it back to keeper when not under pressure but regardless of opposition he did all right, strange atmosphere last night but proud our support answered Uni’s call for turning up, apart from area sectioned off from Bate supporters hardly any empty seats, good show up from all, can’t say the same from tannoy anouncer telling us not to return to Finsbury Park underground/overground station.. carried on walking to there… Read more »