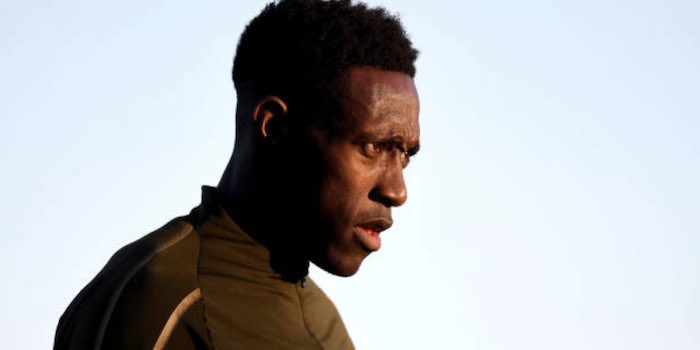 Unai Emery says it’s unlikely that Danny Welbeck will play for the club again this season as he continues his recovery from a broken ankle, but has hinted that there might be a discussion about a contract extension as the club ‘needs English players’.

The striker has been sidelined since last year after suffering the injury, but in recent weeks he’s returned to light training and looks well physically.

With just six weeks of the season left, however, it’s more than likely too soon for him to feature again despite the fact the Spaniard say he’s ‘progressing well’.

“He is working and starting to touch the ball and to work on the pitch. His progress with such a big injury is going very well.

“It’s difficult for him to play matches this season, but maybe the doctor will tell us he can come train with us in the last weeks of this season.”

“After, his individual thing is to speak with the club.”

Let’s see what happens. Of course what Arsenal want at this point is almost secondary, as the player himself holds the cards and he’ll have no shortage of suitors as he’s available for free.

I would definitely offer to extend. Offers so many qualities that fit the way we play.

The idea of him leaving for nothing is ridiculous, but here we are again…

I agree. The statement Emery makes is quite subtle but it’s an important point – we’ve lost/will lose a lot of homegrown players recently and we need some that are first team squad quality. We should have renewed or sold earlier, but plus ca change.

Leno me, I’ll be your friend
Reply to  Crash Fistfight

As much as they sicken me, United are pretty smart on contracts (well, certain aspects), they always seem to include an additional year on their contracts at the decision of the club. If we had put that option into some of our bigger players’ contracts we could have avoided/reduced a few headaches. For me, I honestly can’t think of anyone better and more willing to be a part of our team despite having two top drawer strikers ahead of him. He always puts everything into his performances regardless of the opposition or his form, will play anywhere and helps massively… Read more »

Yes, but that’s the position that our previous management set up got us into time and time again. It’s already cost the club £millions in “lost” transfer fees and I suspect the same will happen with Welbeck. Thank goodness the new team have stated that players into their penultimate year will either sign a new contract (if offered), or they will be sold. Common sense really, but apparently a new discovery at The Emirates.

Extend his contract to a reasonable degree and sell him to the first bidder. No brainer.

Welbeck when fit has proved himself very useful to us. We need a third choice striker with experience and we’d do well if we managed to keep him.

I think he was referring to what Emery himself said, the implication was that he only wants to keep him because he’s English. Personally I’d like to keep Welbz but can’t see him being happy as a third choice striker. I reckon he’ll leave and Emery will give Nketiah a chance, he seems to like him.

He wouldn’t solely be 3rd choice striker.
He would be fighting iwobi/Mhki/Ozil for the 3rd spot in the front 3.
A fight a fully fit welbeck wins IMHO.

Welbeck doesn’t score goals. How can he be first or second striker ?

Well, clearly skill and talent are the most important factors but there are also considerations around the number of “home grown” players that you must have in the squad. I think he’s done reasonably well, injuries accepted, but he’s a free agent and can do what he wants now. I suspect he’ll go for nothing of course and we’ll lose yet more £ millions in a transfer fee. That’s down to the previous management’s incompetence in my opinion.

Welbeck never wanted to leave. Why would have Wenger sold him if Wenger wanted to keep him ?

How is any of this down to a manager who left nearly twelve months ago ? I suppose Brexit and the bad weather is Wengers fault too.

I really like Welbeck, and was keen for us to offer him a new deal before his injury, but if there was no intention before? Then I don’t see why we’d change our minds now.

Ya gooner
Reply to  Rich

He seems an emery style player to me, and he was scoring some good goals before the injury.

A short contract could work- time for him to get fit and covers our English quotient with a decent player.
But I’d expect he’s going to want to play more

Players (or rather their agents) don’t usually go in for short-term contracts. It would limit his options (a little) and I suspect that he’ll want to take full advantage of being a free agent in the Summer.

We need a third choice striker, and to tie him up with a contract even if we want to sell him later. Bossman by end of the season is another of those things.

I’d like him to stay. Another player when given a run of games proves capable of doing a job for us. With Laca and Aba our first choice front two and with Reis Nelson and possibly in the mix next year I’d like us to at least have an experienced forward as back up.

At 28 years old and in the prime of his career, it’s hard to see him signing on to just be back up for us when he could get a potentially more lucrative offer to start at another team, even if it was a mid-table side. It’d be ideal for us but I doubt it will happen.

I agree. He’s got one big move left at his age, and I think he’ll take it.

“Welbeck, he is outside running again. But this season is too short for him” – Wenger

Yes, but it’s a pity Wenger failed to either tie him down with a new contract, or sell him when he had more than a year left on his existing contract. More £millions gone in a “lost” transfer fee. Thanks Arsene.

Let him go. A subpar striker and even poorer winger. Why not give AMN or RN more chances out wide next season? They show much more promise (despite up and down loans in Germany this season).

Danny made a valuable contribution and scored some important goals before his injury, I think that Emery knows his worth to the squad and if his advisors and club come to an amicable agreement then I’d be happy to see him stay.

Of course he wants to play more, but it’s doubtful that he’d join a bigger club than Arsenal so why not stay?

Basically, because at 28 he knows that he has one transfer left and a chance to become a first choice striker. He won’t be that at Arsenal and that won’t do him, or any chance he has playing for England, any good. It’s a shame, but there it is.

Ramsey will be out of the picture. Maybe Ozil.

Jenkinson and Elneny not good enough. Should be sold but few to no takers.

Welbeck aside, how about them spuds spudding it all up against Liverpool? Hoping this is the beginning of their slippery spuddy slide to back to the Europa League or below while we of course charge on to take 3rd or 4th.