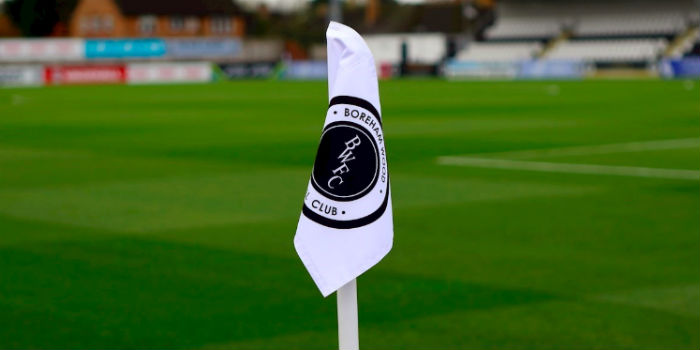 It’s been confirmed that an Arsenal XI will face Boreham Park at Meadow Lane on 6 July.

The fixture will see us play a mix of under-23 and under-18 players as the first team squad are not due to report back for pre-season training until the week after.

Last year the game was scheduled a week later and Unai Emery used it as an opportunity to get to know his players having recently taken over from Arsene Wenger.

It ended up being a bit of a mismatch with Pierre-Emerick Aubameyang netting a hat-trick inside 17 minutes and the Gunners running out 8-0 winners.

In 2017 Arsenal signed a 10-year agreement with Boreham Wood that allows us to use Meadow Park for Arsenal Youth Development and Arsenal Women matches until the end of the 2026/27 season.

As part of the agreement, we’ve helped fund ongoing improvements to the stadium.

This has always been a classy thing to do, I’m glad it’s continuing. I am however, disappointed that boreham wood have never progressed despite the money out involvement with them must have provided

Not sure where to post this, but why the fuck can’t Arsenal get in gear and sign players? Bournemouth just snapped up Liverpool target left back Lloyd Kelly. He’s an incredible prospect and was a bargain at 13m. Things seem to move at a snail’s pace at the Emirates as the owner looks the other way, fists tightly clenched on the chequebook, the upper management fight over their stupid personal fiefdoms and fuck all gets done.

The window doesn’t open until June and how do you know nothing is happening in the background. In any case I hadn’t seen many transfers taking place

Sorry bud the transfer window officially opened May 16th but asking for transfers already is a bit premature seeing as the season isn’t over till may 29th.

It’s true that May 16th it opened in this country but not open abroad till June 9th.

Looks like we have a long season ahead blogs

380 games, it’s gonna be a long season. They really are milking this league for all its worth.

Never mind you meant 380 games for all clubs not just arsenal. That’s what I get for trying to be a smart ass.

I think the Los Angeles game time is wrong — maybe it should be 4am (not pm)? Because it’s 8pm pacific time, and I think that’s about 8 hrs behind BST.

1600 BST is 8am LA time. Honestly who knows. You’d think games in the US would be about getting Americans to watch them so played suitable times but it seems looking at the other Games’s it’s about allowing European fans watch

The UFC in London was once at 3am, i see this as payback lol. But really its insulting and could be avoided.

The game is at 8 PM Pacific (Los Angeles time).

Wow this coming season is going to be an epic with 380 games scheduled lol the players will be shattered!!

You’re getting your wood, lane and park mixed up throughout the article.

I didn’t see that coming…

I realize this article/post may not be the place but I do believe the timing cannot be avoided. Mesut Ozil, unless you take the stage in a very visible manner, you are metaphoractically dead to me. I have defended you, I have embraced you. No more. The leader of Turkey is a tyrant. The attacks on democracy and especially the imprisonment of journalists and attempts to crush a free press in Turkey, these are criminal and unforgivable. For you to sit down for dinner with Erdogen again, unforgivable. It appears you made this choice before a competition which happens in… Read more »

He’s gonna be crushed when he reads this.