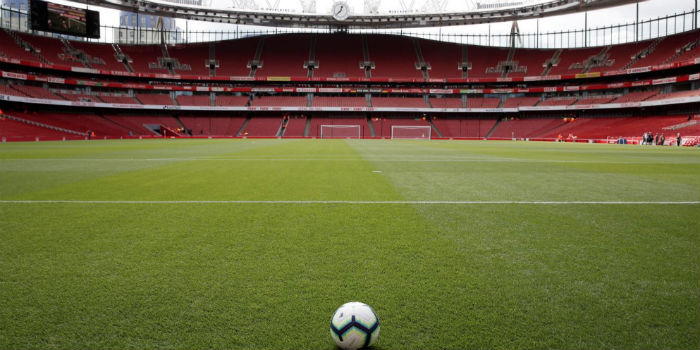 Arsenal have confirmed that the Emirates Cup will return as a one-day event that will feature both the men’s and women’s senior sides in action.

The club will play host to ‘leading European teams’ on Sunday, July 28 a few days after Unai Emery’s squad return from their four-game pre-season tour of the US.

We’d wrongly assumed that the stadium work being planned – we need to finish adding an additional row of seats to Club Level that was half completed last summer – would mean another summer without a friendly on home turf, but Vinai and Raul have obviously decided it’s worth squeezing in one day of action.

In previous incarnations, the Emirates Cup has featured three foreign clubs with four matches taking place across two days. In a mini-league format points were awarded for both matches won and drawn and also goals scored.

Arsenal Women, newly-crowned Women’s Super League champions, will play the first match with the men taking centre stage shortly afterwards. The club promise that they’ll confirm both opponents in the near future.

Hey sir blogs can you do a run down of the whole clubs results for the season please? Women’s, men’s, 23s, 18s, and whatever else the arsenal do competitively. Maybe compare it to other clubs that are involved in the same competitions? Or get old mate from by the numbers to do it with tables and graphs. I could look it up but if you could do it for me it would be easier. Sounds like we had a pretty good year overall.

Better still……sign a few up to the mens team for next season.

I like this idea. I missed the Emirates cup and how young players would be introduced to us as fans through this tournament, but adding in the women is one of the best things that could happen to make this tournament better.

I hope they don’t go cheap on the women’s opponent. I would love to see Olympique Lyonais as the opponent.

Well done Arsenal.
This re-vamp of the Emirates Cup to cease on the success of our brilliant women’s team is a great idea. Good for the “One Club” and a further recognition of the growth of the women’s game. Maybe a chance to set a new attendance record for a female club game in this country.