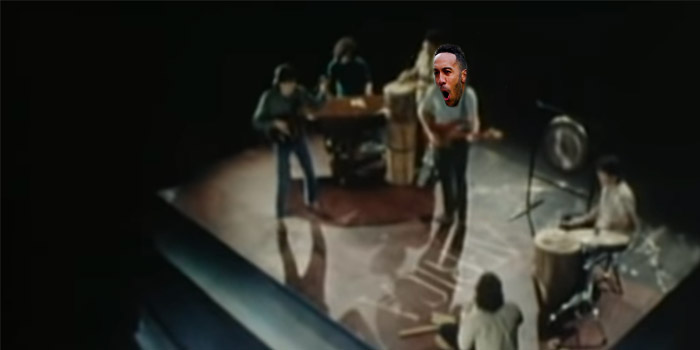 Arsenal left Burnley yesterday after a 3-1 win yesterday, coming into Luton airport 12.30 flight, and sitting beside Pierre-Emerick Aubameyang was the 2018-19 Golden Boot.

Sadly, the striker’s goals weren’t quite enough to guide the Gunners towards top four salvation, our recent run of form had wild dogs cry out in the night with frustration as we ended up in fifth place, just a single point behind Sp*rs.

Making room for an extra passenger on our flight home ✈️

Good to see you made sure to put its seatbelt on too, @Aubameyang7 ?

Unai Emery is gonna take the time to do the things we never had – a functioning defence, for example – and hopefully he can solve that before we face Chelsea in the Europa League final in Baku.

For Auba though, sharing the Golden Boot with fellow African stars, Sadio Mane (Senegal) and Mo Salah (Egypt) was a real positive.

“It means a lot,” he said. “I am really happy and proud of it. I am sharing this trophy with Mane and Salah. I like these two guys.

“We are representing Africa so it is a good sign for the continent. I am really proud and I have to thank my team-mates for helping me to get it.”

As for his own season in which he scored 31 goals in all competitions, he’s happy enough but the frustration of not achieving Champions League qualification is evident.

“This one was a tough one,” he said. “I would say in truth maybe not the best but I gave everything to try to be in the top four with the team and to get a trophy.

“I am happy with my season, not the best but I am happy. Hopefully I will do better next season.”

Aubameyang can still end this campaign with more goals to his name, the final in just over two weeks will be a chance to win silverware and play in next season’s Champions League which is where the players and fans want to be.

Behind the scenes there are already whispers of some quiet conversations about how the summer rebuild is going to go, as the club anxiously seek to cure what’s deep inside.

Thanks.
Just took some time to do the things we never did! 😉

Incredible that we have three African stars sharing the Golden Boot, it almost makes it OK that Auba didn’t get it by himself. Great news.

Let’s hope Auba has an even better season next season (this was pretty decent…).

These three guys were on the stage together in Dakar not too long ago for the African player of the year. However, African football in general has gone down south the last few years. These three guys, Koulibaly and perhaps Keita. That’s it. Nigeria at the World Cup with championship center forwards.

But France just won the World Cup – I’d argue Africa has done quite well, to be fair!

You are being a bit politically incorrect there buddy. There were even diplomatic protests from France when such statements were made in american media.

I get where you’re coming from, but just goes to show that “nationhood” and “nationality” is a total farce and meaningless. Several of the French squad members openly celebrated their origins (both birth + heritage).

Identity has more to do with your own personal experience and associations, rather than the team you play for or the passport you hold.

Happens with England too.
And iwobi, for example. He is fondly mocked for not even speaking Nigerian.
But a players choice is a players choice.
If iwobi thought ‘hmm handful of caps for England or first team regular for Nigeria?’ I wouldn’t blame him for it, or he could feel a real connection to his heritage.
That’s the point though its up to them.
If bellerin was still uncapped, you’d want him to play for england(9 years qualifies him?)

Mid table managers have proven you can get talent so hoping Emery can do the same.

Exactly, Ozil’s contribution (and Granit) tend to be less appreciated bc many people tend to obscure their logic repeating red herrings rather than observe the players for their actual performance.

This is true as well for Mustafi who has put in some good defensive contributions not heralded.

Instead, when rating the player, he is saddled with issues not pertaining to the particular games concern bc many are only looking at the negatives.

It makes for very poor assessment.

Ruben Neves (wolves) and Andre Gomes (Everton) in midfield BOTH worth a look into. BOTH Portugese and have technical ability to help us control midfield better.

you must embiggen the photo from the twitter feed. It’s cropped.

What a cromulent suggestion!

To think if he had put in that opportunity against BHA we would have 2 extra points and it would have taken us to 72 points above Spurs and in CL by now.

Plus he would have been THE clear Golden Boot winner.

We shed 11 points to Palace, Wolves, Leicester and BHA.

Had we taken one win including the draw at BHA, we would have been on 75 points in clear third and above Chelsea.

Keeping it Monreal
Reply to  Santori

This whole ‘if he’d scored this goal’ is a load of bollocks. We’ve had loads of individual mistakes this season from all areas of the pitch that cost us points. There’s simply no singling out one game or one player…

Hantal
Reply to  Keeping it Monreal

After the spurs penalty I was ready to blame him for us missing out on CL but he’s made amends with a lot of important goals. Yes he misses some ridiculously easy looking opportunities but there are at least six players to Be blamed for lost points first

Also, the whole ‘if he scored this goal’ thing is nonsense because absolutely nothing in that game, and perhaps subsequent games, would have been the same, so you can’t assume everything that has happened would have still happened. He might have tripped celebrating and broken his wrist or other teams might have reacted differently to a better Arsenal result. We might be worse off, there’s just no way of knowing.

Exactly. You can’t change an event in the past without it not affecting all the events that come afterwards.

Tell that to the Russo brothers.

If my aunty had bollocks she would be my uncle.

Chill out guys. It’s santori. You have bigger chance to steal candies from mafia boss than getting a reply from santori

I can’t resist to this one: Chelsea’s Drinkwater must drink water to not drink-drive again.

Imagine how many goals Aubameyang would score with a decent team behind him.
I read that Real Madrid are looking at him – only rumours I hope.
But still, imagine how lethal he would be…

I’d rather not imagine Auba, our golden boot winning striker, playing at Real Madrid thank you. It would be very very upsetting use of my imagination.

Good that they had a pair for all three players. I thought there would be only one pair involved and until Mane scored his second I was thinking that they would probably give a boot each from the pair to Aubameyang and Salah. Then Mane scored his second towards the end of their match and panic set in – How can a pair of boots be split among three men? Considering that Liverpool finished above us, does Aubameyang have to do with just the shoe box? Why can’t there be a penalty shootout to decide who gets the boot?How do… Read more »