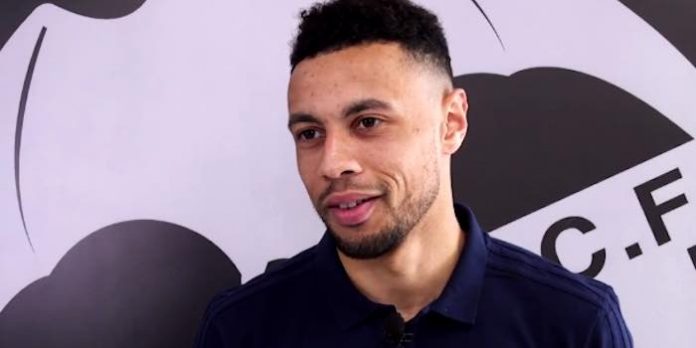 Ex-Gunner Francis Coquelin says Valencia are ready to stun Arsenal at the Mestalla knowing full well that Unai Emery’s players have struggled away from home this season.

The Frenchman, who missed his side’s 3-1 first leg defeat at the Emirates due to suspension, pointed to a recent Copa del Rey quarter-final comeback against Getafe (when Los Ches scored twice in stoppage-time to win 3-2 on aggregate having been 2-0 down) as good reason to be confident of a turnaround.

“It would be a very special feeling to win against Arsenal, especially because I couldn’t play in the first game,” he told Metro.

“But even more it would be special to reach the final and make another small bit of history with this club.

“Away from home they [Arsenal] are a different team. They drop the intensity a little bit and that means we can score goals and do damage, especially with the attack that we have.

“The team is ready to make a comeback. The goal we scored there helps us a lot. It will be a difficult game but with the quality we have, we believe we can do it.

“The fans always help us a lot at home, they did against Getafe in the cup when we made a spectacular comeback and the team is ready to do the same again.”

While we’re pleased that Francis is enjoying life in Spain, we’d very much welcome him getting sent off for starting a brawl with his own teammates. Preferably in the opening moments of the game.

Real mature with the headline there, Andrew.

Oh who am I kidding, I laughed anyway

Teakster
Reply to  Nachos in Montreal

Scwibble
Reply to  Nachos in Montreal

Hahahaha Andrew is a G!

monkeyjackson
Reply to  Nachos in Montreal

I hope coq takes it easy on the arse today..

That got a genuine LOL.

Welcome to Arseblog News, Bergkamp. Hope you like your stay here.

I hope we see more of his limitations than strengths tonight

Wouldn’t worry about that, he has never been a good player like that, just seemed that way because Santi was pulling the strings.

I still remember him doing a 360 spasm turn trying to tackle Hazard, what an actual joke.

“The fans always help us a lot at home, they did against Getafe…” but we’re not Getafe sweet Coq.
I personally cannot handle the pressure and won’t be watching, I hope our boys can. COYG

He’s going to smash in today..

The Coq jokes were funny at first, then came boring and repetitive, but as always with good jokes they are on the rise again

I believe the arse will be firm and not be penetrated. Gunners!!!!

I’ve suggested this to my wife but it seems there must be a transfer ban as she has stipulated there will be no incoming transfers, only outgoing movements.

Put a bet down m8

They have a decent midfield with Coquelin and Kongdogbia. Would not mind either of them at the club in lieu of Elneny. Kongdogbia type player with a bit of height and presence missing from our equation in the middle. Not sure how good he is on the ball. Bakayoko was a real struggle at Chelsea but they loaned him out to Milan and he has been apparently one of the better performers in Italy this season. Torreira’s problem is height. Santi was similarly disadvantaged but he had very quick feet and he could used both equally. Torreira has bite and… Read more »

Torreira is sufficiently schooled in the dark arts that he can use his size to his advantage (Troy Deeney). If the game gets aerial and/or scrappy, I trust him wholeheartedly.

The coq better not score against us…the headlines…

Im okay with them winning 3-2.