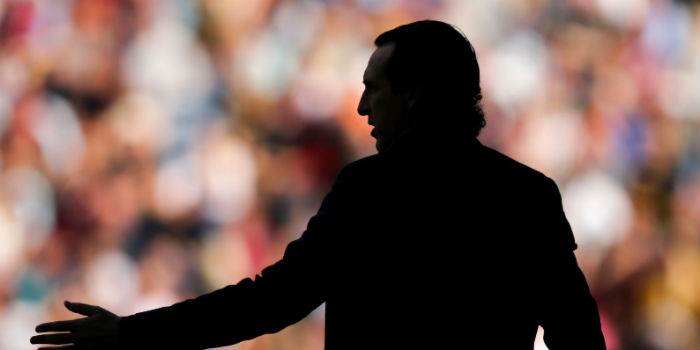 Unai Emery says Arsenal will treat the 17-day gap before our Europa League final with Chelsea like it’s an Interlull.

The Gunners ended the domestic campaign with a 3-1 at Burnley but it wasn’t enough to claim a position in the top four.

Our fifth-place finish in the Premier League table puts added pressure on our trip to Baku with a much coveted Champions League spot up for grabs, as well as the club’s first piece of European silverware in 25 years.

“We prepare like when it’s an international break,” Emery told his post-game press conference at Turf Moor.

“We will have two days off and for the first week we will not be thinking about the final.

“We will train three days in London and then next weekend we will have it off and then we will start on Tuesday in London with three days training preparing with all of our focus on the final.

“We will go to Baku three or four days before the final, Saturday I think, and prepare for the match over the last three training sessions. It’s the same as when we have an international break.”

Given we finished within two points of third place Chelsea, there’s a real feeling that had we kept our shit together in the last month, we might have coasted into the Champions League positions. Alas, it wasn’t to be.

Not for the first time, Emery stressed that we’re progressing. “Yes [today’s win], it gives us 70 points – not enough for the top four but we are progressing and we work on being consistent,” he said.

“We can’t be 100 per cent happy but today and all the season, the players worked well to do our process of improving and to be closer to the top four.

“We finished a very big distance behind Liverpool and City, but closer to Chelsea and Tottenham.

“Our idea is to continue with our process. Individually, we can take some objectives.

“It’s good that Aubameyang [won the Golden Boot]. Every player works for the team and to help each other to [give] their capacity.

“Aubameyang is our striker with Lacazette and Nketiah, who has the possibility to improve with us. We can be pleased with him.”

“Aubameyang is our striker with Lacazette and Nketiah, who has the possibility to improve with us.”

Deep stuff from the Gaffer today.

Too Drunk To Be Offside
Reply to  Georgeycharles

The attack is doing fine (not great), but fine. The two strikers are great, the midfield lacks the spark though and that is a big part of the attack. The real pressing issue though is the defense. Sign some defender, with pace, even if they lack in other aspects a bit. Even if no additions are done outside of defense, the team will still be better by some distance. If funds are left sign a winger who runs at defenders. Go all out in the summer window, the winter window is hogwash. With Welbeck set to leave and Ramsey on… Read more »

JB1
Reply to  Too Drunk To Be Offside

@toodrunk mate I can appreciate your optimism, but the end of season meltdown makes it hardly a fine first season… most of us are feeling wildly frustrated and annoyed from the last 6 league games

I love the fact that the lad Nketia was mentioned, the goal was absolutely necessary

Jean Ralphio
Reply to  Jack but

It’s why I was in favour of the club not renewing Welbecks contract. Defence should be our primary focus during the transfer window.

Hopefully this one doesn’t come out wrong, but everytime I see Eddie Nketiah I think to myself he could be cast as one of the characters in season 1 on The Wire.

No man that COMPLETELY comes out wrong… He is however a dead ringer for Marlo Stanfield.

Ah, that’s who he reminds me of!

arseblog please take the comment down as it obviously did come out wrong based on the reaction. Thank you.

Way off – clearly a Marlo doppelgänger from season three and up

Jack but
Reply to  yen

So far he’s been delivering the goods hot

His name is his name

Yep. Marlo Stanfield. Keep thinking the same every time I see him.

So the weekend before the the final they’re going to “have it off”.

Couldn’t that potentially affect energy levels going in to the final?

Its such a long break. I wished we had played close to full squad today. I guess Unai is trying to negate risk to injuries but the way we have been so tepid last 4 league games against Palace, Wolves, Leicester and BHA, you’d think it would have been great to finish as strongly as possible. In the end, Everton could only draw anyway But what if they had done the business with say an unlikely 3 goal win? We would have been kicking ourselves for not hitting 5 against Burnley. Still the most vexing issue is of course we… Read more »

Let it go man Even if we had tried to get Mahrez it’s not clear he would have come here given Wenger was on the verge of being sacked and the team was falling apart. Sven did a pretty solid job in terms of incoming players and actually shifting players out – that’s important as we were absolutely horrible at that the last few years under Wenger, leaving Sven and Raul with an absolute mess. Torreira, Gend, Auba, Leno, Sokratis can all be considered very successful signings. Mik was just making the best of a horrible situation – not every… Read more »

Mustafi. I tallied 7 points that Mustafi personally gave up in moments of stupidity. Not that he made a mistake. Not that the opposing player showed more talent or guile.

But 7 points to Mustafi’s bare-naked stupidity.

The Mustafi League — in his dishonor.

I was wondering what would happen with us whilst many other teams went on holiday. Thank you Unai.

Does this make you all as sick as I feel, when I realize what a draw with Palace, and a win over Brighton could have meant to our season?
St Totteringham’s Day would have been a glorious way to finish off.

The moment Xhaka conceded a Murphy taken free kick I knew our season was in the drains….