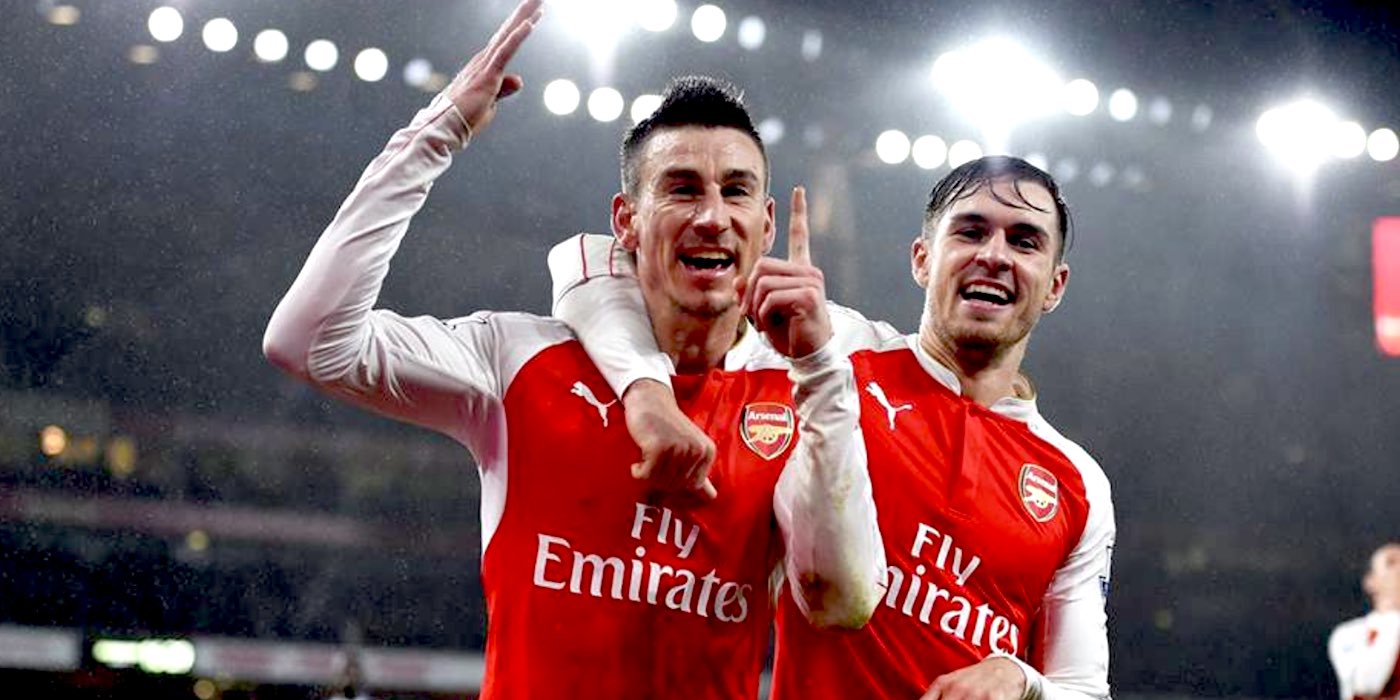 Laurent Koscielny has paid tribute to Aaron Ramsey after it was revealed that the midfielder has played his last game for the club.

The 28 year old will join Juventus for free (?) this summer, and the hamstring strain he picked up against Napoli is so serious that even if the Gunners were to make it to the Europa League final in Baku, he wouldn’t be available to play and score another cup final winner.

Ramsey has made 371 appearances since joining from Cardiff in 2008, scoring 65 goals and making 65 assists, and the club captain was asked about his favourite memory of the Welsh Jesus.

“I think I will say the first FA Cup we won together against Hull City, when he scored in extra time,” the Frenchman said.

“He gave us this trophy and it is a good memory.”

“I will miss him,” he continued. “He played so many years here, he was so important for the club and the players because every season we start the season and we have new players, and I think he gave a lot for the adaptation of the new players.

“What I like about Aaron is that, we know he signed for Juventus, but he is still a professional and always fights for the club and for the team.

“Sometimes you have players who have stopped fighting for this team but I think he has loved this club and that is why he stayed at 100 per cent for us.

“It shows a great mentality and character.”

It’s a shame that mentality, character and quality as a player won’t be available to us again, especially with so much to play for in Europe, but maybe the players can ‘Do it for Aaron’ and ensure we finish this season on a high and with a trophy. 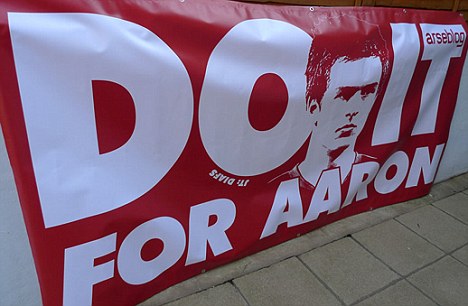 We can argue on his ‘legend’ status (not many players have had their leg broken and come back and scored two FA Cup winning goals), it’ll be easier in a few years time, but he was a great player for us, lots of effort goals and commitment. Criminal that he went for free.

Thank You Rambo
Reply to  C.B.

Legend’s can be created in moments & Rambo has had his fair share of those. Add to that the way he’s performed this season when we all knew he was leaving & that after having his contract offer taken away, I mean most players would have acted like a complete c*** after that. I love him, I’ll miss him & I’ll wish him the best at Juventus… as long as we don’t cross swords that is.
I really hope we give him a good send off. He deserves that much.

gee
Reply to  Thank You Rambo

He was always a legend for me. One he is from Cardiff and 2 He turned down Man Utd and Fergie. He gets less love than Cesc from some but the loyalty showed by Ramsey is not comparable.

We all will, he’s been a great servant to the club and is an Arsenal Legend in my books. But better players have left arsenal so I’m not too gutted about this (in football terms). He’s leaving on a free and fair play to him, got himself a great contract at one of the best clubs in the world (not to mention a club that isn’t a direct rival). Wish him all the best and hope to see him come back to the club in the future at some capacity.

A bigger loss than some will realise.

I think we’ll miss Aaron Ramsey, what a fantastic player he’s been for us. I remember when he signed he turned down Manchester United and I thought to myself ‘This boy has got good taste’. We sent Arsene Wenger to sweet talk him, they sent Gary Neville which is like going into the VIP area of an exclusive nightclub and instead of surrounding with you with lovely ladies and a bottle of Grey Goose they hand you some home made potato vodka strained through a sock and served by a hobo reeking of piss they just pulled out of a… Read more »

At least some legends remain with Arsenal.

Greetings Rambling Pete
Oh how we have missed your posts
Truly a legend.

I wonder when you’ll have your own statue outside the Arseblog’s HQ.

Stuart B
Reply to  Rambling Pete

I think that sums it up really.

Blogs, I don’t know who he is, or what he does. But if I were you, I’ll find him, and give him his own column!

I just said “Rambling Pete” in a very excited voice in public! Good to see you back Sir! ?

“We’ll miss him. He’s a player with a lot of potential and ability. As a player we have to accept it but I wish him well for the future and I wish him all the best.”

Good to see that his value to the team is appreciated by senior squad members, but you have to wonder what the players think about how Ramsey’s contract situation was handled…

In time I think we’ll miss the player much more than we’ll miss the potential transfer fee. We’ve been over again and again the who and how as to why he didn’t sign and subsequently why we aren’t getting a fee for him. Whats done is done. In the mean time…. thanks Rambo for what you gave AFC, the commitment and professionalism to the end. We won’t’ forget the the FA cups at a time when the media would have you believe we were a club in crisis, whilst our noisy neighbours were the team of a generation (but still… Read more »

Genuinely gonna miss this lad. Absolute class person above everything else, they dont make them like that very often. Thanks for the memories and ups and downs, been a pleasure to watch you for the last 13 years in the shirt I love so much. All the best for the future

Do it for yourselves! Show us some pride. Do it for us supporters. We’re the fucking Arsenal!! Aaron is not dead he is going to Juventus. Write your history without him as he is part of history. COYG!

He will be missed and the club blamed for not attending to his contract negotiations properly!

I remember how Emery decided to feeeze out Ramsey by playing Matteo and then withdraw Ramseys contract only to discovet in the second half of the NLD at home that Ramsey was one helluva player, and began putting him first on the team sheet.

Great move by Arsenal to totally botch his contract and lose him for free and now be forced to spend 20 mill this summer on a player who is a prospect because our billionaire owner can’t afford to pat market price for a star.

the love between Emery and Gndu is the most baffling story of the season. As if we didnt have enough drama, we suddenly have a moroccan queen with frizzy hair acting as if he owns the place

It feels almost like an era ending. Will be missed. Koz and The Corporal are the last of the older guard now, I think?