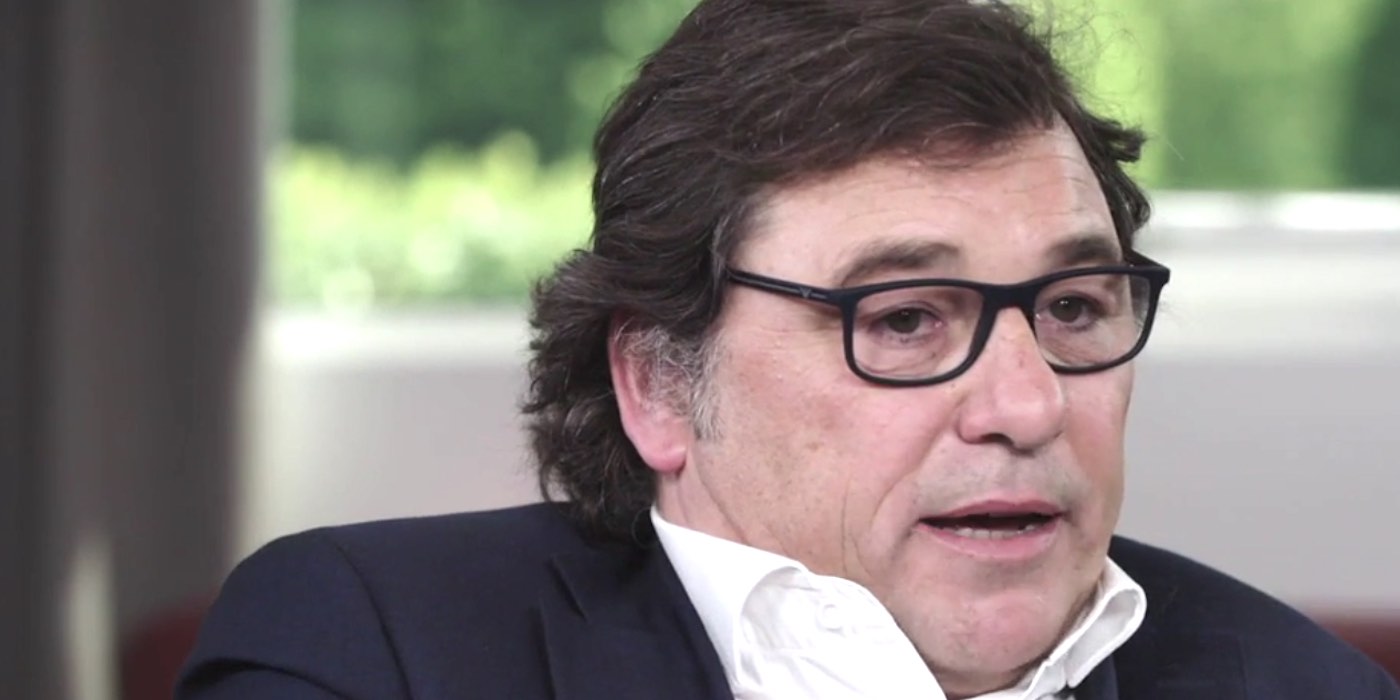 Arsenal have released part two of the interview with Managing Director, Vinai Venkatesham, and Head of Football Raul Sanllehi in which discuss the club’s summer transfer plans.

It’s a huge off-season ahead for the club, and we still don’t know how we’ve got to spend until after the Europa League final in Baku next week.

Nevertheless, they sound confident that they can do the job required to ensure we become more competitive in the Premier League next season, as well as combining European football (of whatever flavour) and domestic cups.

Sanllehi was guarded about precise plans, as you’d expect, but did outline where he feels we are right now.

“What I can tell you is that we have identified very clearly and unanimously with our head coach and technical people, we know what we want to prioritise and we’re very clear on what our priorities are,” he said.

“We’re already in the market and we’re already talking with the people that can help us to cover those positions.

“I feel quite strong on the inputs that I’m getting so far. I do believe that we have a very good plan to cover those positions to be much stronger next year to deliver the success that we’re all hoping for.”

The question of whether it will be Europa League or Champions League next season is one that worries fans on a number of levels, not least our spending power and the ability to attract top players, but the Head of Football seemed less concerned.

“Of course being in the Champions League is very helpful, because all players want to play in the ultimate competition,” he continued.

“For us, if by any chance we would not be there next year – which I don’t think is going to happen – but if that happened, our challenge would be to get in there immediately.

“Players that come and join us and get into that successful project, it’s an exciting thing for them.

“We have a lot to offer to a player. I don’t feel in disadvantage with anybody. The league, the Premier League, is exciting for any player in the world.

“London, Arsenal, the history, the dimension of the club, the stadium, the facilities at Colney, the fanbase, the followers around the world and the exposure.

“Really, I feel like I have a lot of ammunition when I talk with players to engage them in our project.”

They’re certainly talking a good game, let’s hope they can turn their words into effective actions when the transfer window opens.

One week…
Arsenal fans: “Oh why do we not here anything from the club? We’re left in the dark as to what their plans are or what will happen next. I wish this club would communicate to us fans.

I see what you mean…but at the same time we have heard this speech before..at the end of every season. It is all too familiar, I will give them the benefit of the doubt because they are a new administration.

And what is he supposed to say?
“Hey guys, we don’t know what’s going on. Yeah we’re here to run the club, but we have no plans and just gonna see how it all pans out, lulz”?

They have to communicate their plans, which gives us the opportunity to hold them to account to their plans if and when it does or doesn’t happen.

Not quite sure what people were expecting them to say.

I am not disagreeing with you, just saying I understand the scepticism.
??

Because at the end of the day everyone wants to vent on the kroenkes but have no way to do that directly. Agree that technically Raul can do no more than what he can within his constraints.

But the constraints are disinterested owners unwilling to manage the sixth richest club in the world.

I agree, but fans need to be rational about it. It’s annoying but Stan doesn’t talk, and getting mad at Vinai and Raul isn’t gonna change that, especially if we keep asking them to talk. It’s frustrating, but probably best to vent our anger at the owners with our wallets. There is a sense of irony at fans being angry at Silent Stan, as I remember over a decade ago on this very site fans were happy to have an owner who doesn’t get involved and doesn’t turn us into a sugar daddy. Annoying, because one could say we got… Read more »

I know how this ends, likely with key positions still to be filled and dead wood still in and around the place.

Likely with Mustafi as captain.

I didn’t use to be sceptical.

Trying to take the positives of this and leaving all of the money / owner / lack of head of recruitment / PR polish to messaging aside, I’m quite happy that Vinai and Raul have come out talking about this. Like they’re acknowledging we’ve problems and are saying as much as they reasonably can about tackling them head on, which I think is a step in the right direction.

Is this guy in it for the money or for the love of the game? ?

Only time will tell, but we all know the Kroenkes are in it for the money and they are the ones who call the shots now with 100% ownership. Let’s hope for the best

I think he maybe a bit of a winner

Well shit, if you had told me you had a plan I would have been on board from the start!

I wonder what it is? “Sign great players (but don’t spend much lol)” or maybe “retrain all players for multiple positions”

If we can re-train Mustaphi to also be a pacey Winger we’d be quids in…people often overlook the benefits of re-cycling.

Going to use some corporate management/budgeting speak here and rely on the old phrase of “Retraining existing employees has been shown to cost less than hiring new ones.” So your second hypothetical seems more likely given how silly KSE are when it comes to cutting costs (which just means more cash into their already bloated bank accounts).

At least this feels more than we ever got from Gazidas and Wenger ‘we are looking for top quality although the proof is in the pudding!

Haven’t even replaced the Technical Director.

Are you suggesting that Wenger never made top quality signings?

Spot on mate.
Our recruitment in Wenger’s late year sucks. Really sucks!
We do need a “fox” for the sporting director role like Michael Edwards or Beppe Marrota.
I was hoping for Luis Campos or Paul Mitchell but sigh.
Too bad, Edu Gaspar is coming…

I don’t know. I actually think he comes across quite well. Seems to be a bit more there than Ivan the fucking awful (terrible was too easy). I think outside of cl/el money is the Q of offloading what we don’t want. There’s a hell of a lot more freebies than otherwise. Who can we realistically sell for dough? Mustafi, mhiki? Ozil? Iwobi? El Neny?

No reason to read too deep into anything he’s saying – the truth will bear itself out once the transfer window opens up. With that said, I’m cautiously optimistic. All the transfer rumblings being bandied about are promising. We seem to be pursuing players who are in the right age range (18-24) and at the right prices. I’m hopeful we’ll make some needed sales and promote a couple lads from the academy. Arsenal youth are in the midst of a purple patch and we need to see if these kids can deliver – or loan them out and give them… Read more »

If only his plan was cunning… and possibly involved turnips.

I think it’s good that Raul and Vinai seem to have acknowledged there has been a bit of a communications vacuum of late and have begun to engage a bit more with the fanbase. I just hope this a genuine change of approach and not just a one off.

Just don’t trust a word. If we lose to Chelsea me and my two mates who have season tickets will not be renewing. Shame, had them since 1988. ?

Mate, I know it’s hard being outside the top 4 but there are 6 teams in England who are easily Champions League quality, and Wolves would probably qualify in every league except England/Spain. The harsh reality is every year 1/2 very good teams won’t make it – but that’s not a reason to stop supporting the Arsenal!

I’m already not going to the Arsenal match in Denver, given how ridiculous the ticket pricing is ($192 for a friendly?) on the west side of the stadium.
For those who haven’t been to Dick’s Sporting Goods Park, sitting on the west side is essential unless you want to stare into the sun as it sets during an evening match, and pricing reflects this.

Our owner Satan Kroenke owns 5 big clubs. Should be illegal. His MLS football team Colorado Rapids are so poor it is hard to imagine. They may set a record for the lowest points ever in the MLS. That’s where Kroenke will lead our beloved Arsenal. He does not give a toss. He is despised in America. He is spending fortunes on the LA Rams and will not spend his own money on Arsenal despite having a fortune of 8 billion and with his wife multi billions more. Whoever sold their shares to Satan Kroenke should bow their heads in… Read more »

We shouldn’t need to rely on his money. Spurs don’t, they signed nobody last summer, and they overtook us a while ago.

That’s not the point.
Kroenke has just not putting anything into Arsenal but also taken the profit to the “other project” at LA Rams.
This is a huge problem.
If Arsenal fans accept that then i believe Everton will finally catch up with us. And forget about our glory!
That’s not negative or pessimistic. It’s the bitter truth!

They need to show we won’t be missing what we all thought Mislintat was going to give us. They have one window to prove they got what’s needed. Now it’s time for them to perform.

You re not ready to sponsor money in this club to buy quality players for so many years now better sell the club that’s the simple truth.

Maybe another right back, but I wouldn’t be against sticking with Niles.
Maybe a keeper

I really appreciate that Vinai and Raul have made an effort to communicate and try to explain some of the things that have been happening at the club, share the information about how the set up works, and what the short and long term targets are. This is more than has happened before and should be welcomed. There is a negativity infecting sections of the fanbase that seems to indicate that whatever they say or do will be wrong, that they’re all liars and thieves and out to con everyone. I’m actually sick of all the criticism and pessimism, and… Read more »

I wonder if he’s not worried about champions league affecting our recruitment because the players we are looking to attract won’t be playing it now? If we are after 22 year olds that we think can make the step up I think he lack of concern makes sense

Ok. It’s around 80ish days before the transfer window shuts. Let’s see what you can do

Sanhelli talks well. Whenever Vinai spoke in that interview though I got Gazidis flashbacks haha.

If only we’re as efficient in the market as dortmund – they’ve already signed Nico Schulz, Julian Brandt, and Thorgan Hazard (all international players) for price of 20-30m each.

Can’t look at this pic without seeing Austin Powers