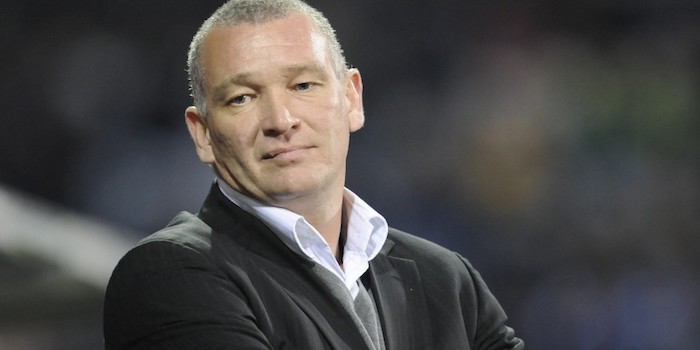 The Dane joined the Gunners in 1992 off the back of his country’s remarkable European Championships victory, during which he scored a sensational goal in the final.

It raised expectations that he might do likewise for us, but in his 98 Premier League games he only managed a solitary goal – and that was in a 3-1 defeat to QPR.

Speaking to Ekstra Bladet, the 54 year old said, “Initially, I need to find talents for the club’s academy, but in the long term I hope to contribute with scouting players to the Premier League team.”

Jensen has had a varied career in management and coaching since retirement, with spells as an assistant at Brondby, Getafe and Blackburn Rovers. He also took temporary charge of the Denmark national team during a dispute between the players and the Danish FA.

May he have an eagle eye, and find us the new Anders Limpar.

Thanks to Christian Stenrøjl of Arsenal Denmark for the heads-up.

We’re getting the band back together!

Yes, but will they improve the quality of the music? As we can no longer afford to pay, apparently, even “medium-size” transfer fees, we’ll need to rely upon our scouting system to find, and then for the club to develop, younger (read: cheaper) talent. We haven’t had a great record of this so perhaps the (old) boys in the band can make a difference. If they can, whoopee. If they can’t, we’re stuffed.

I guess we’ll never really get to the bottom of that. It was one of several very odd transfers/loans that Wenger made (and he was in full charge of that side of things) often with players that had done well in the EPL when given the chance. Hopefully, the “new” management team, with an ever increasing number of “old boys” involved at various levels, will make more rational decisions.

Because he had lost all confidence in himself and the players around him by making big mistake after big mistake. He came of age but only at a time when we signed Cech, a legendary keeper the same as who Szcez basically shadowed in Buffon.

I remember that goal…
The long and rather humorous lighthearted saga about him never scoring – and the fans really hoping that he would – and what a cracker it was!
That was a happy day, even though we lost.
I was only 16, but seem to recall a lot of admiration for John Jensen in the stands.

John Jensen scored in his 99th appearance for us if I recall correctly, and it was an absolute beauty curled into the top left hand corner. Shout out for the poor shirt seller outside trashing his ‘John Jensen 100 not out’ shirts after the game.

Only one goal for us but boy it was a belter!

The weather is freezing, I haven’t left my house because it is minus 20 degrees out. Will not be able to do any scouting until the summer months by which time the season will be over

Park a few taxis outside the Emirates and there will be swarms of Nicky Bendtners to choose from.

Chuck in some lube and there will be millions.

No matter how badly Arsenal as performed on the pitch these recent years, it’s been listening to John Faxe commentate as an “Arsenal expert” (which he has been for almost every Arsenal game shown on danish tv) that has made it excrucuating! The ignorance of that man is unbelievable! Add to that the number of times he has mistaken Iwobi for Wellbeck while commentating and I’m left to believe this may be the worst “signing” of this and future transfer windows.

Can’t wait to see who he recommends as a striker. ???

There can only be one Limpar