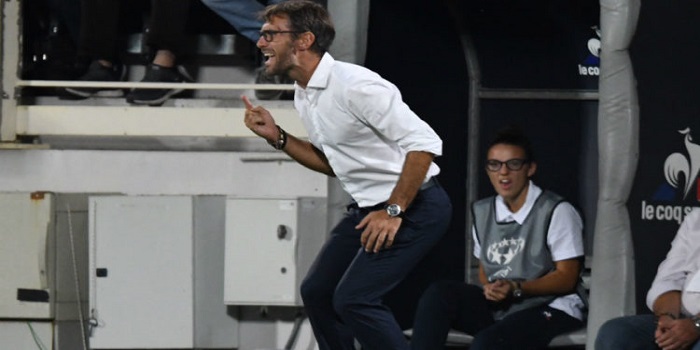 Fiorentina Women boss Antonio Cincotta says he is expecting ‘180 minutes of hell’ when his side take on Arsenal in the Round of 32 in the Champions League in September. The draw was made in Nyon on Friday, pitting the Viola against the English champions for the second consecutive season.

Last year, Fiorentina were narrowly defeated 1-0 in the first leg away at Chelsea before falling to a 6-0 second leg defeat in Florence. Cincotta admits he would rather have avoided the Gunners, who won the competition in 2007. The first leg will be played on 11th or 12th September at Boreham Wood with the second leg taking place in Italy on 25th or 26th September.

“After Chelsea we draw the Arsenal Champions of England,” he told the Fiorentina website. “We will play head-on trying to give our best against a team that aims to win the trophy. In women’s football the distances are still very wide, just think that Arsenal has ousted Chelsea from the Champions League race this season.

“Last year against Chelsea we suffered so much. We are aware that the European road has started uphill, we will do our utmost because we expect 180 minutes of hell against Arsenal.” Fiorentina qualified by virtue of finishing second in Serie A behind Juventus.

The game also pits manager Joe Montemurro against Australian international Lisa de Vanna, whom he managed at Melbourne City. de Vanna has made no secret of the fact that she fell out with Montemurro on her twitter account, posting a series of critical tweets of the Gunners boss.

Really curious now about what happened between Joe and de vanna

More curious as to why Fiorentina Women are managed by Jurgen Klopp!

Straightaway declaring themselves underdogs, and that too, so aggressively. That does add to the pressure already being felt in the Arsenal camp. There will be nerves as the team is returning to the competition after a fair few years and many of the girls will be playing in the Champions League for the first time. I hope we can cope with that. Fingers crossed!
Danielle Carter’s experience would have been vital. She will be missed. Best wishes to her for her recovery!

Don’t forget many of those professional players have been involved in many internationals, indeed World Cups, so why should a European competition phase them?
No disrespect to Fiorentina but that match should be no different to playing a decent WSL side home and away.
Get the job done and into the next round!