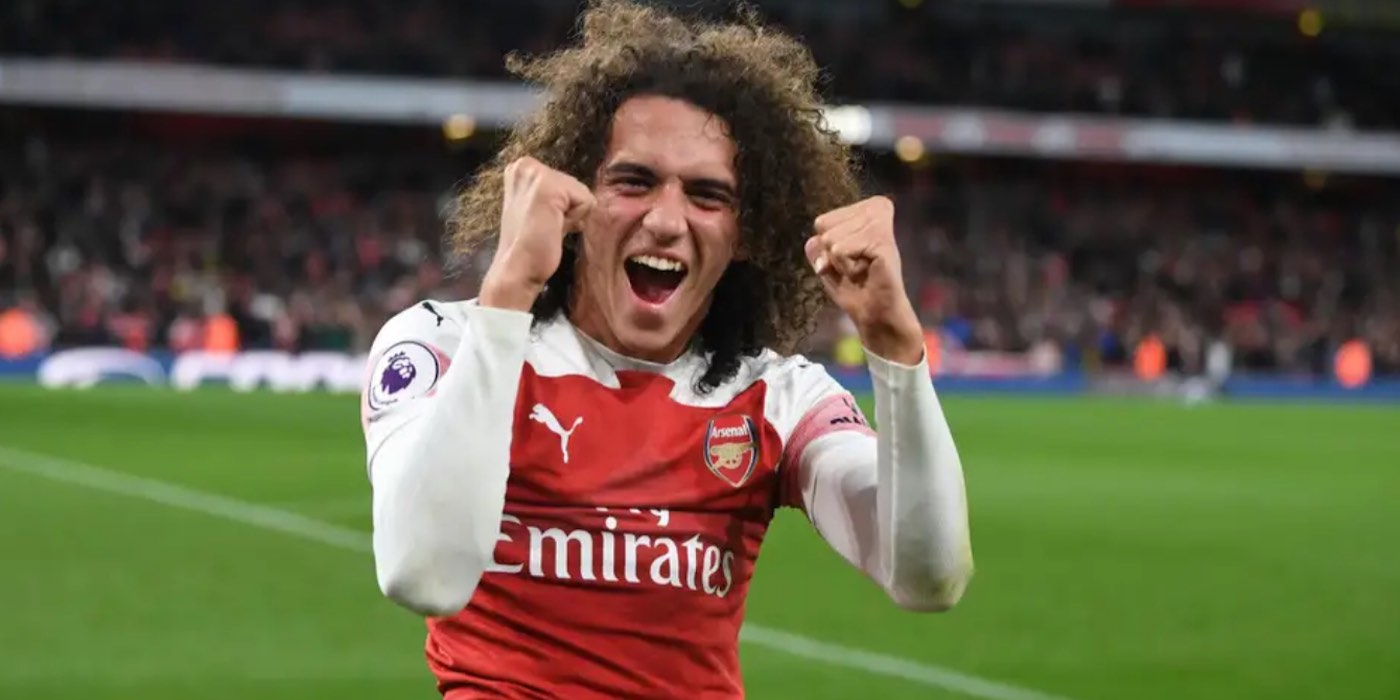 Matteo Guendouzi’s fine form for Arsenal this season has been rewarded with his first call up to the France national squad.

The 20 year old replaces the injured Paul Pogba in the squad for the upcoming games against Albania and Andorra.

He has played 9 times for the French U21s, and will be hoping to win his first senior cap during the two week Interlull that is now upon us.

Guendouzi impressed during yesterday’s 2-2 draw with Sp*rs at the Emirates, and his performance won plaudits from Unai Emery afterwards.

“He gives us a lot of control and also the combinations for us mean he’s very important in the team. He’s one of the key players to do that.

“He’s working to get a balance defensively and also working on his body to get stronger in the situations needed in the Premier League. Today was one step more but he’s very demanding of himself and we’re progressing with him.”

Congratulations to him, and fingers crossed he comes back injury free as he’s becoming more and more important for us.

Shows his undoubted quality, given France are World Champions.

But would prefer him to rest in international breaks, from an Arsenal point of view.

Damn you Deschamps! Call up Lacazette too! ?

Well he was kinda injured..

Not till the end of the season so he’s fresh coming after the breaks ?

What’s the deal with Lacazette and France? Surely it’s something personal at this point

I.m happy enough he gets to rest and save his best for Arsenal

Exactly, Mbappe injured means one striker to bring in. He fears Lacazette will perform great and freezes out one of his favourites. Coaches deny opportunities to players who might take chances from their favourites.

goonero
Reply to  Voice of Reason

It’s definitely personal in the sense that Deschamps has his preferred group, and it’s hard to argue with his choices off the back of a world cup win so you’ve got to allow him. On merit of recent form though, Laca is at least getting picked ahead of Lemar. He’s started this season in great form. I can understand if he’s not the preferred tactical option to start as they still do the Big man small man with Giroud and Griezman quite effectively, but to not even consider him as an option at all seems silly. Big up Guendouzi though… Read more »

Lemar is a left winger, not a striker

He plays as an inverted forward for France and has come in for Griezmann too. To be fair other than Giroud all of their attackers are pretty fluid positionally.

A Different George
Reply to  Voice of Reason

In fairness, there’s a difference between a coach preferring a player out of some personal animosity and a coach preferring a player who had been successful for him. You know, like winning the World Cup. It’s clear Griezmann is one of the players that team was built around, and that Giroud is a good complement for him–not sure Lacazette and Griezmann would work. That said, Lacazette has certainly shown me he is a much better player than I expected (and I expected a pretty good goalscorer); maybe Deschamps needs to take anther look.

Voice of Reason
Reply to  A Different George

Lacazette has really developed his physical strength and ability to hold the ball up since his move to Arsenal. Greizmann and Laca could be an amazing duo..

I think we are all a bit narrow minded with this. Lacazette is a phenomenal player, but it’s hard to argue he’s clearly better than Griezmann, Ben Yedder (30 goals last season) or Fekir. The only one you could argue for is Giroud, but his ability to work as a focal point for the french talent cutting inside (Mbappe, Dembele, Coman etc) is unparalleled. Let’s just be happy Lacazette gets a nice big rest 3 times a season, so he should be fresh for our campaign

Name me a better 20 year old in the league, i will wait!

The Spoon
Reply to  myrtle

The joke
Your Head

Crazy how many people seem to have missed the joke! ?

Thank you. I wasn’t sure if it was a dead joke or people had just missed the joke

Lingard is the best under 20 up and comming players in Europe by a mile.

The Spoon
Reply to  Arunava

I know the buzz generated from a signing like Pepe but I salute the ingenuity of Mislintat for unearthing this gem. This is one sure way to outsmart the market. Kudos Guendozi you deserve it

Where are the Mislintat bashers now? Kaius et al..
He built the spine of this team in 6 months with peanuts.

I’ve never bashed Mislintat for not being good – when it comes to scouting he’s up there with the best.

I bashed him for tossing away a perfect job as Head of Scouting at The Arsenal. He should’ve swallowed his pride and stayed. Anyway, we moved on and had a pretty great window without him, so let me ask a question…

Where are all the Mislintat groupies who said ‘Sven leaving will be the death of this club’?

Boy is gonna be world class. He’s a 29 year old in my FM 19 save and his description is world class midfielder.

Guess you developed them well ?. You might be a better manager than Emery

Not a big task.

Really happy for him. He really deserved it. (Y)

One swallow doesn’t make a summer. I’m really happy for him and he must be made up after MOTM in a London derby and now a call up. But, he’s very young so we still need to be patient and he will have off games. The future looks bright for him and I see an Arsenal captain in the making.

….and Real Madrid will come knocking soon, I’m sure. Haha!!

The Spoon
Reply to  Stuey

He loves it at Arsenal, but be one hell of a healthy profit if he did go.

I hope Mikhi performs as expected in his medical and does not come back tomorrow.

Well deserved. This kid is just something else. His attitude is spot on and he plays with his heart.

He fully deserves this chance. And it sends a great signal to prospective signings

The higher-ups at the club need to continue being adventurous in the market. We’re very close to fielding one of the most exciting young teams in Europe

We couldn’t play Monreal today because he could have gotten injured and put his transfer in jeopardy.
But we played Mikhitariyan even though his wages are significantly higher and the need to get rid of him was higher. And he was on his way out.
Can someone explain this logic to me?
With Monreal playing yesterday we would have won it and he would have had a chance to say Goodbye 🙁

The Spoon
Reply to  Amusa

I think Kola played well yesterday, so that’s harsh. Given his lack of game time and recent personal issues especially. If Pepe could use his right foot, if Leno didn’t have lube on his gloves and Xhaka, well wasn’t Xhaka, we would have won easily.

And Congrats Matteo… completely got sidetracked there 🙂

I’m so stoked for him!! Well done, Matteo.. after that delicious assist yesterday, now a call up for France.. the world is your oyster!! ?

Excellent dynamism. Amazing maturity and fantastic tracking back (2 or 3 times) in defense.

Our midfield is full of energy now with Cebellos and Willock and Torreira as well.

Granit provides the base and height to cut out high balls and these players revolve around him either side in an inverted triangle.

The Spoon
Reply to  Santori

Didn’t cut out the ball that lead to spuds scoring very well.

Sign him up, Edu and Raul! If he continues progress like he is doing he could be the future of our midfield for at least the 5 years, we need to make sure he can’t walk away on a free.

Happy for Guendouzi- he’s a real talent and is really beginning to express himself in our side.
Now, I had heard of him before we signed him, but only through PES manager mode when I played as Lorient. I repeatedly sent him out on loan, iirc.

1 thing that amazes me is how he keeps himself fit throughout the season after playing so many games.

Well done kid, well deserved. France have a plethora of decent midfielders so it’s an achievement. Just have to make sure we manage his game time so he doesn’t burn out. Hopefully he will keep Pogba out of the team going forward, he really doesn’t really deserve his place, on club form at least.

Roll on England call up for Willock for the next Internationals. Well ahead of Linguard, Mount and Winks talent wise.