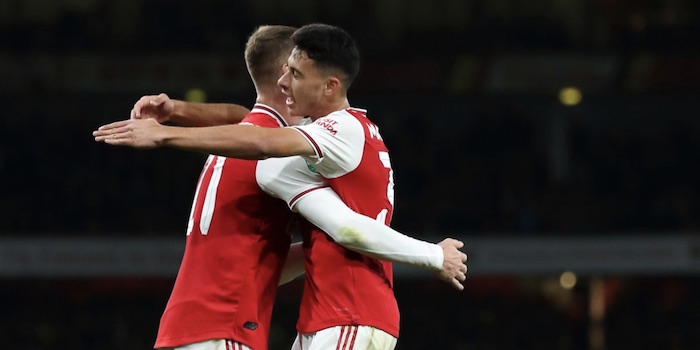 Arsenal’s reward for a 5-0 thumping of Nottingham Forest in the Carabao Cup was a trip to face Liverpool.

The Gunners will travel to Anfield on Wednesday, October 30th, to take on Jurgen Klopp’s side in a game that will be broadcast live on Sky Sports.

Kick off is 19.30 and it should be another chance for Arsenal’s young stars to get a run out and get competitive minutes under their belts.

The chances of Liverpool fielding a full strength side – particularly as they’ll have come off a run of Premier League fixtures which sees them face Man Utd and Sp*rs in consecutive weeks.

Having come so close to the title last season, the likelihood of the Mugsmashers risking any of their most important players for a League Cup game is slim, so Emery can continue to send out some of our brightest academy talent too.

One to look forward to, as there’s no real pressure – which always makes it more fun.

Bellerin ‘gutted’ but keen to take positives from Anfield display

Apparently the date for the Carabao Cup match with Liverpool has been confirmed. A lot.

Andrew and Blog both posting the same news, within minutes.

Plenty of excitement about this fixture.

Forget the fixture, let’s focus on the tension between the Andrews!

Imagine posh Andrew deuling Irish Andrew, former with a fencing rapier and the latter with one of those bats they use for Curling. Get Eddie Hearn involved and it’ll make millions on pay per view.

I’d pay to watch that, although I bet Blogs would get his dog involved. Might need a ref – James McN with a magpie on his shoulder?

Come on Andrew you can do it!

My money’s on Andrew

This is the definition of a “win-win” situation