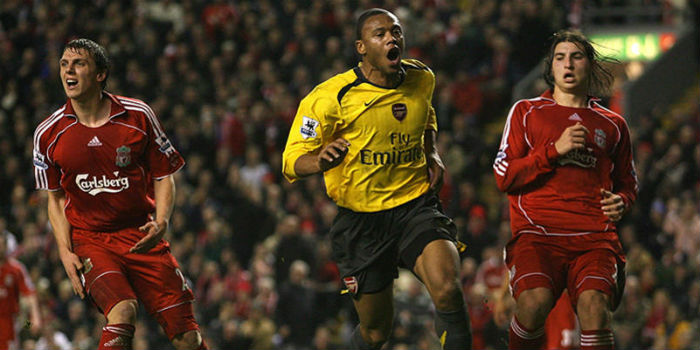 It’s been confirmed that Arsenal’s fourth round Carabao Cup fixture with Liverpool will take place on Wednesday, 30th October and be broadcast by Sky Sports.

We beat Nottingham Forest 5-0 in the previous round, our youngsters impressing and injured players returning, while the Scousers overcame MK Dons 2-0.

It later transpired that Jurgen Klopp had fielded an ineligible player – Pedro Chirivella didn’t have the necessary international clearance – which led to suggestions that the Reds could either be forced to replay the game or be chucked out of the competition altogether.

In the end, the Premier League leaders got away with a £200,000 fine, half of which is suspended.

We’ve faced the Reds in this competition a couple of times, Julio Baptista bagging four goals on the way to a 6-3 win on Merseyside in 2007 and Fran Merida scoring a cracker in a 2-1 win at the Emirates in 2009.

Bellerin ‘gutted’ but keen to take positives from Anfield display

As expected Liverpool get away with a small fine.

Hopefully Emery will field a young team, although its Liverpool.

We basically wrote off the league against them even before we played it.

It would be good to see us giving it a go.

To be fair it seems there is precedent for a fine in such cases. Should be a fun one – our academy vs their academy with a few extra folk watching. I don’t imagine Klopp will risk anyone given they’re after EPL title.

We should stick to the current cup lineup settings. Liverpool didn’t really have any squad depth. They will keep their stars for the historical premier league title chase. They will let us win this cup..martinelli is in scoring form..another 2 goals from him for sure..

At every other level the club is disqualified from the competition.

My local team at Level 4 signed a player 2 hours too late for a semi final,which we won, and were disqualified from the final and no appeal. It’s a joke.

This is probably an unpopular opinion, but I would love to win this cup and would like to see us taking it seriously. We don’t have too many League Cups in the cabinet.

I’m sure we beat Liverpool in the final of this competition once. Can’t forget that one!